Team GB women’s football team are desperate to show they’ve got talent in Tokyo… with skipper Steph Houghton relishing an Olympics adventure which she holds in the SAME regard as the World Cup and Euros!

The Team GB women’s football team have already shown they have got talent at this year’s Olympics.

The medal hopefuls begin their campaign with a tough-looking clash with Chile on Wednesday morning. However, with lockdown restricting downtime activity in Japan, the group decided to make their own entertainment.

‘We had a Team GB’s Got Talent show the other night,’ captain and Sportsmail columnist Steph Houghton explained. 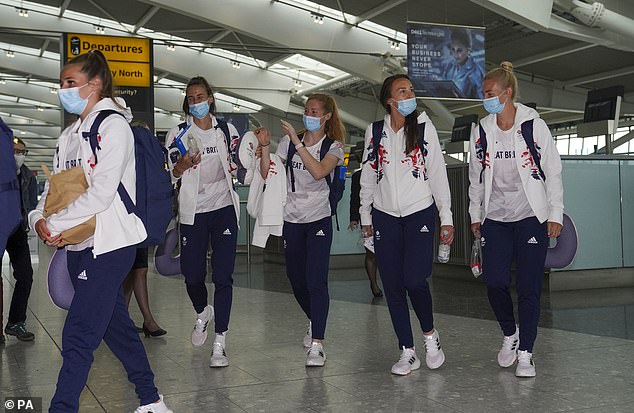 ‘It’s been quite strict here. For us to be able to smuggle in a coffee is a bit of an achievement!

‘We had team quizzes and then a talent show. I’ve got no talent — I’m not one of those who can just stand up and do something but Rachel Daly and Millie Bright won, with, I don’t know what it was, whether it was a dance or a gymnastics routine, I think they were trying to imitate the Olympics.’

Houghton and the rest of the squad face a substantial challenge. Just 12 teams qualify for the Olympics which is seen by many as the pinnacle of the women’s game.

Team GB are in Japan thanks to England’s semi-final run at the 2019 World Cup. In the group stage they face a resurgent Chile, hosts Japan and Canada, who have beaten England twice in recent years. The Americans, who have not lost in 44 matches, loom on the horizon should they progress to the latter stages. 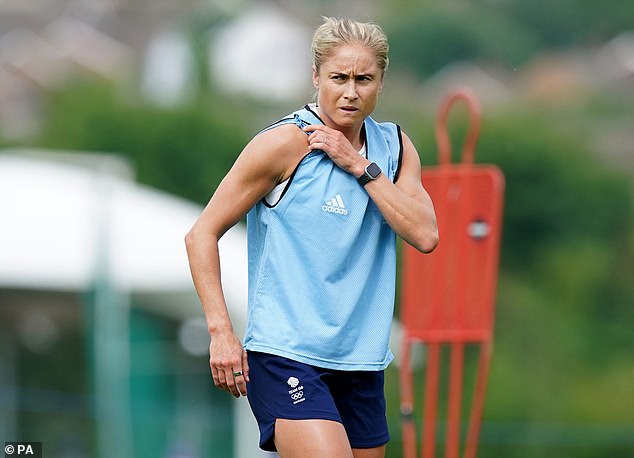 ‘The fact that for us to be able to qualify England had to get to a semi-final of a World Cup says it all,’ Houghton said.

It is also a different experience. Earlier this week, it emerged 10 members of Team GB were self-isolating after being notified they had been in close contact with a Covid-19 case. 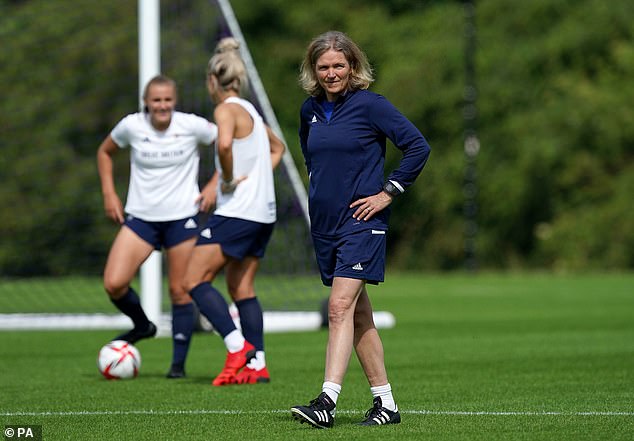 ‘The stories that have come out over the last few days bring everything back to reality. It’s easy to be a close contact,’ Houghton said.

‘We’re being really, really cautious. We get tested every day which helps put your mind at ease but ultimately because we have been so safe we’ve been able to focus on football and get back to our normal training routine.’

Head coach Hege Riise, who replaced Phil Neville, says her squad can strike gold. ‘Absolutely. The chemistry within the players is excellent,’ she said.