Police arrest ex-con, 59, for snatching six-year-old’s scooter as he rode down a Brooklyn street to ‘sell it off for drug money’

Police in New York arrested an ex-con Monday for stealing a six-year-old’s electric scooter on July 6 – a week before the child’s birthday.

Surveillance footage shows Daniel Ufares, 59, snatch the scooter from the child as he passes the corner of 12th Avenue and 36th Street in Brooklyn.

A police spokesperson said officers could not retrieve the stolen scooter, but they were able to gift the child a new scooter for his birthday. 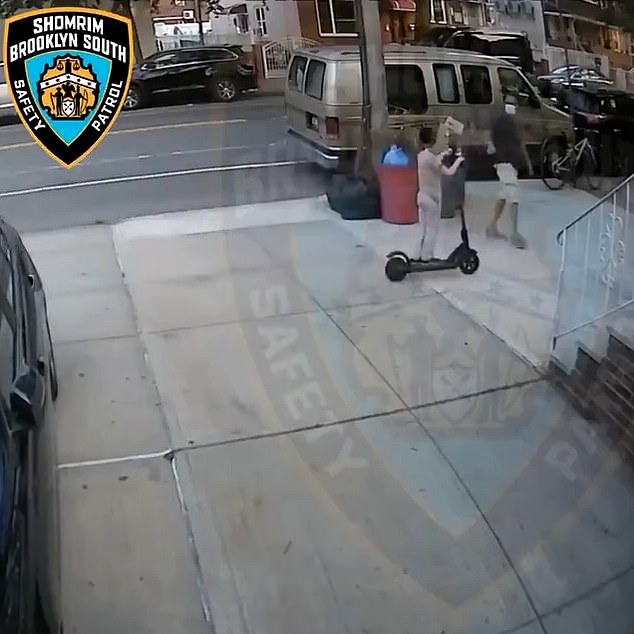 Daniel Ufares, right, can be seen approaching the boy riding his scooter 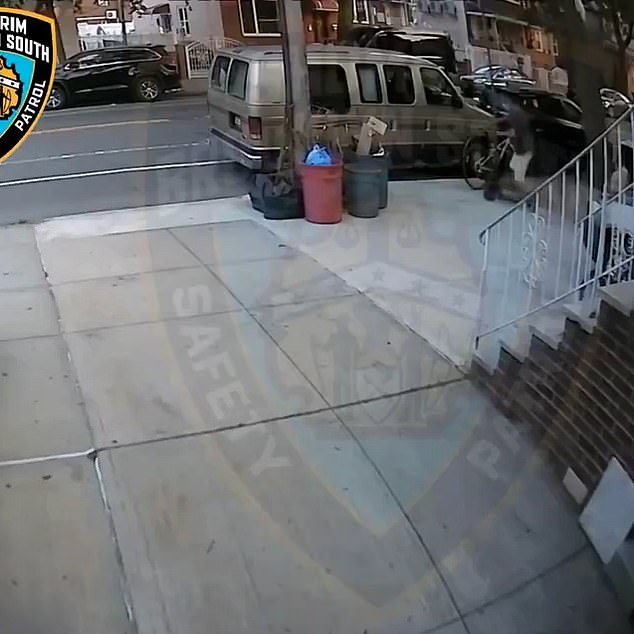 Ufares snatched the scooter from the boy 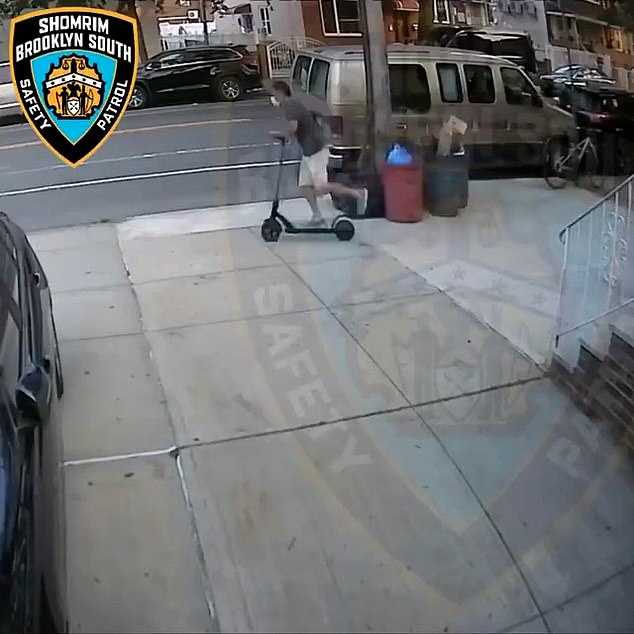 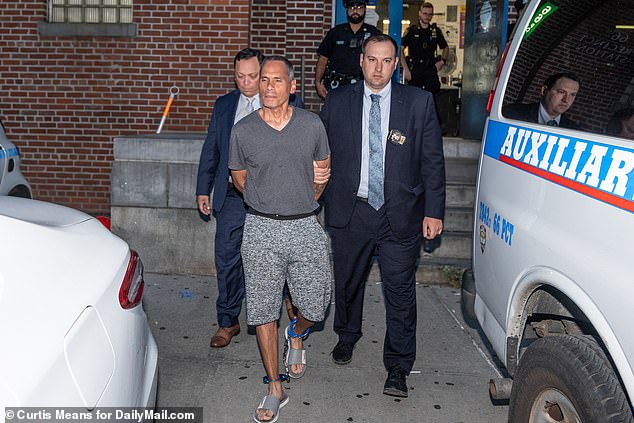 Ufares, center, said he was ‘sorry’ for taking the scooter

The father of the boy told the New York Post that the incident had left his son traumatized, and that the scooter actually belonged to another son with special needs who used it to get around.

Ufares was still on parole for a 2010 robbery in Queens at the time of the incident.

He had served nine years of a 15-year sentence for the robbery.

Officers said Ufares admitted that he did it just to ‘sell if off for drug money,’ the Post reported.

‘I’m sorry,’ Ufares said as police walked him out of the 66th Precinct in Brooklyn.

Police were able to run the surveillance footage through their facial-recognition program to identify Ufares. 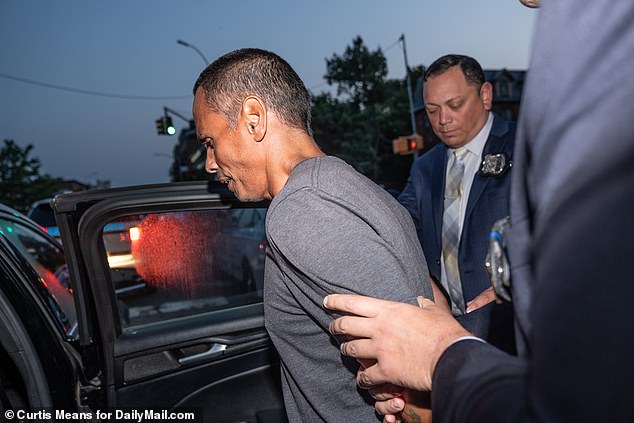 Ufares’ former wife told the Post that the scooter crime was low even for him.

“I would never have thought he’d do that to kids,’’ the disgusted ex said. “He’s a lowlife.”

This was not Ufares’ first brush with the law.

Police said Ufares had gotten into trouble at least twice in Brooklyn, once for allegedly swiping steaks from a Key Food supermarket in Park Slope and another for stealing six packages of cooked shrimp from a Food Bazaar in Greenpoint.

His arrest record goes as far back as 1984 for a robbery in Queens and includes an attempted-murder charge in 1989 in the Bronx.