Shocking video captured the moment a woman fled from an apartment in Brazil after a lawyer who hired her for housekeeping services allegedly raped and threatened to kill her.

Jefferson Moura was apprehended at the residence Wednesday after the victim reported the attack to police in the northeastern state of Piauí.

The never-before-seen footage showed the victim walking behind Moura inside the condominium parking lot and walked through a stair entrance.

A second camera showed the woman pacing back and forth hours later on the apartment terrace.

While the released footage does not show her jumping from the balcony to the parking lot, a security camera did capture the distraught woman running through the parking lot and past a male individual before she sought assistance. 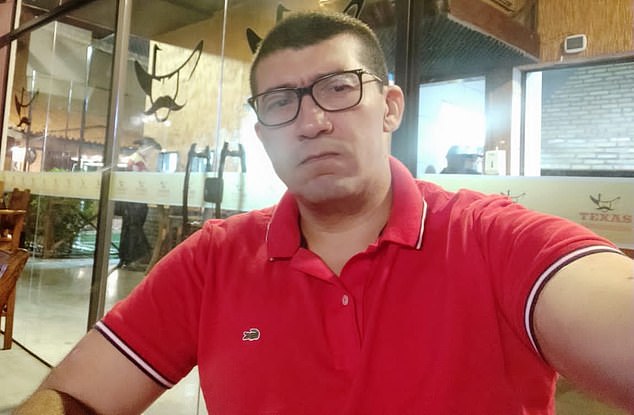 Jefferson Moura, a lawyer based out of Piauí, Brazil,  was apprehended his residence Wednesday after he reportedly raped a woman whom he had hired to clean his apartment. The woman told police that Moura also threatened to shoot her dead before she was able to escape the home by jumping from a second floor balcony to the parking lot below 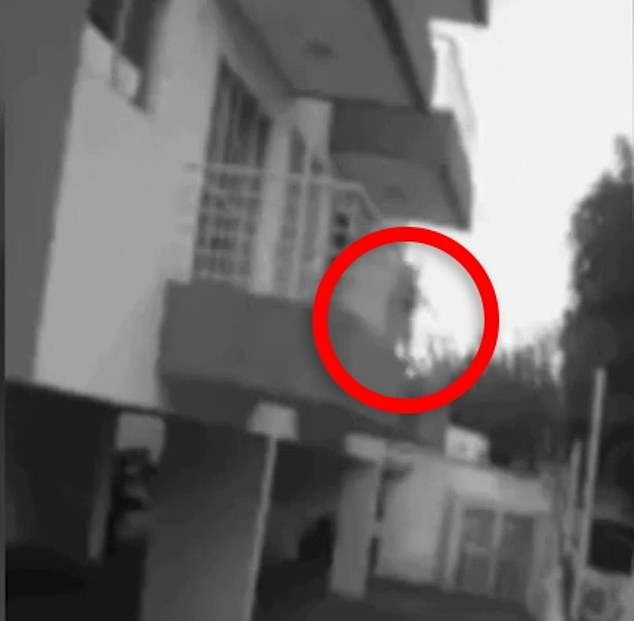 Police investigator Vilma Alves confirmed to digital news outlet G1 that the woman was contacted by Moura to clean his apartment.

Her testimony revealed that she became suspicious that Moura was lying to her after claiming he was married due to the amount of women’s clothing and new and used condoms that were lying around a room she was cleaning.

Moura proceeded to grab the woman and sexually assaulted. Testimony obtained by the police indicated Moura threatened to murder the cleaning lady by shooting her.

Following the attack, the woman observed that Moura was reading a book and pretended to clean the apartment. She then made her way to the balcony and fled.

According to the Piauí Military Police, agents detained Moura while he was in the company of another woman, who also provided cleaning services. He is being held without bail at the Irmão Guido Regional Penitentiary. 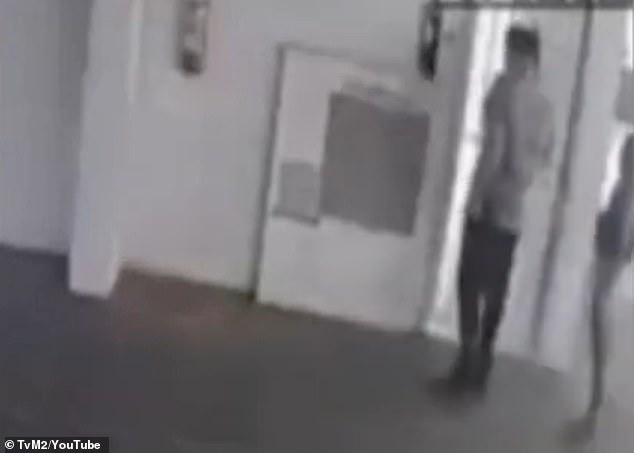 Still image from a surveillance camera at Jefferson Moura’s condominium in Piauí, Brazil, shows the lawyer opening a stairwell door as the alleged rape victim (right) walks behind him 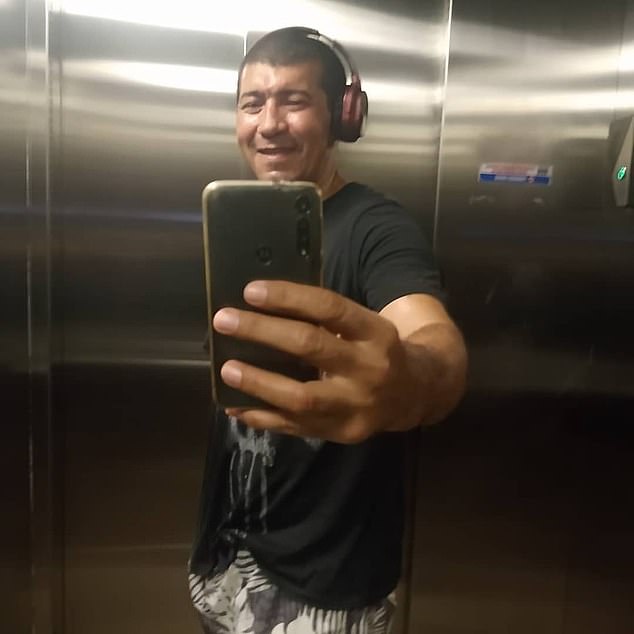 At least four other women have come forward and filed police reports, accusing Brazilian lawyer Jefferson Moura of sexual assault. He is being held in prison without bail 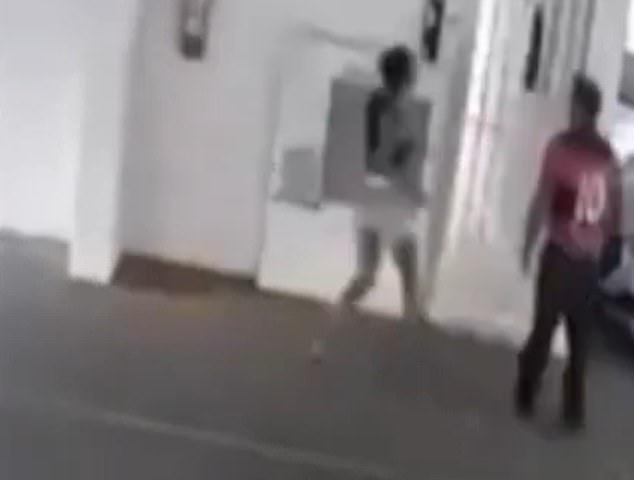 Still image from a security camera shows a woman, who had been reportedly raped by Brazilian lawyer Jefferson Moura, running towards inside a condominium parking lot moments after she was able to flee the suspect’s home Wednesday

As many as four women have come forward in recent days to accuse Moura of sexual assault, including a therapist who met with him last Tuesday, the day before he reportedly raped the woman.

According to G1, the therapist, whose name has been withheld, said Moura masturbated on her while she was providing him treatment in 2018.

The woman alleged that during last week’s visit to Moura’s apartment, ‘the lawyer was under the mask calling me hot and when I said that I couldn’t go on with therapy like that. He congratulated me, said I was very professional and tried to give me a hug, but I refused and left.’

She added that at least two of her friends were sexually assaulted by Moura, but they have yet to file a police report. 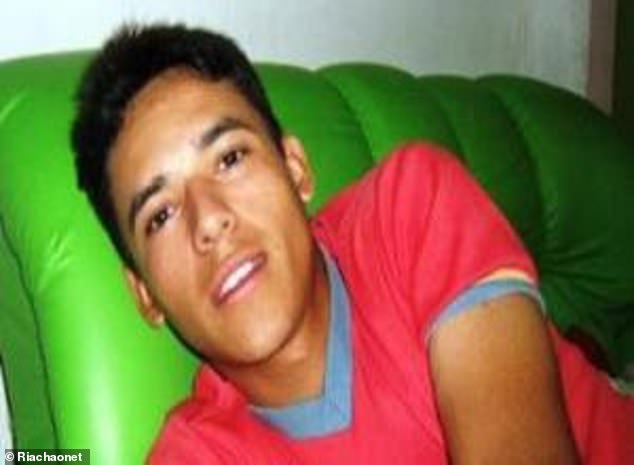 Brazilian Army corporal Arione de Moura Lima was allegedly shot dead by Jefferson Moura on April 25, 2010. The lawyer was never charged or tried in court for the killing

A 26-year-old woman also told authorities she visited Moura’s home following an online transaction of cosmetic items and that she was dragged into the apartment and raped.

Moura shot the then 23-year-old soldier outside the victim’s home in the Piauí city of Picos.

At the time of the killing, Amarildo Lima told online news outlet Riachao Net that Moura had been involved in a series of disagreement with his son and that he shot him dead as a form of revenge.

Moura was never charged or tried in court for the murder of de Moura Lima.