One of the key aspects in identifying which grassroots football teams would benefit from Manchester City’s recent defibrillator donation came down to distance.

Not from the Etihad Stadium, even though the 26 AEDs (automated external defibrillator) provided were earmarked for the local community, but rather how close the life-saving equipment was to each team.

There has been a 50-metre guideline in place, whereby clubs who have access to defibrillators within that range — be it from a local supermarket over the road or a health centre — have not been seen as a priority in receiving one. 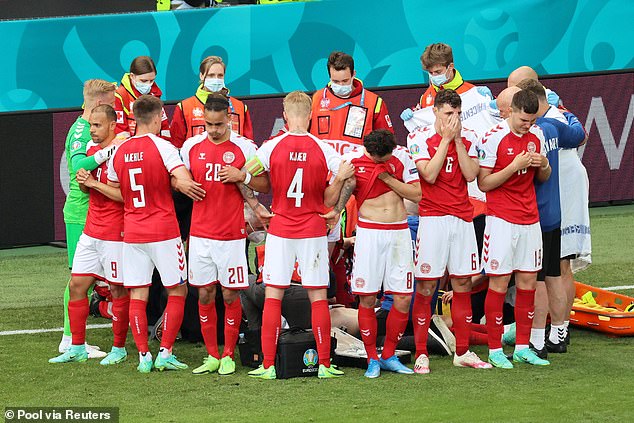 Denmark’s Christian Eriksen suffered a cardiac arrest at Euro 2020, reminding football of the importance of having defibrillators at grassroots pitches 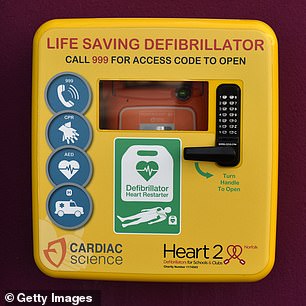 That was at the forefront of minds when City worked with the Manchester County Football Association to finalise the distribution list, with the likes of Collyhurst Youth — situated in the area where Brian Kidd was born — among those to have gratefully accepted the donation.

Having a defibrillator within 50m had represented progress in recent years, but such time-sensitive situations dictate that every grassroots team simply must possess the kit.

Running over the road to fetch the device is time wasted, time that should be spent diagnosing and treating potential cardiac arrests. Fast use of defibrillators can increase survival rates by up to 70 per cent. The new outdoor cabinets will be available for entire communities in emergency.

‘A lot of grassroots clubs can’t provide them,’ said Alex Williams, City in the Community ambassador.

‘What we thought was really important was to ensure that strategically they went to the most needy clubs. That’s where Manchester County FA, who are based on the Etihad Campus, come in. We’ve worked very closely with them. 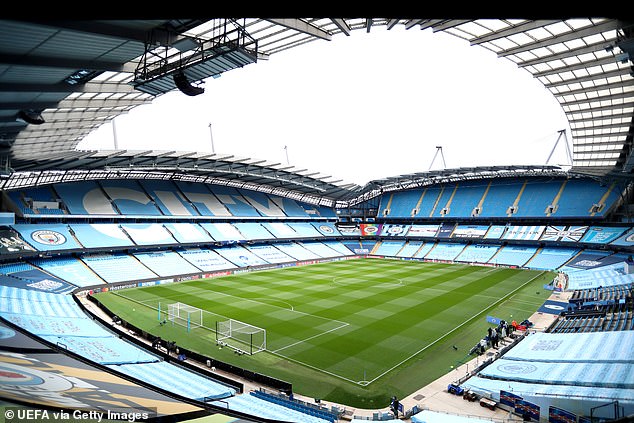 ‘They support those clubs for a level playing field. Now, if anything happens, we’ve played our part to ensure safety of young boys and girls.’

Williams is a former City goalkeeper, hailing from Moss Side. He was an employee at the club when loanee Marc-Vivien Foe died on the pitch of hypertrophic cardiomyopathy while playing for Cameroon in 2003. City retired Foe’s No 23.

The recent announcement that they would be donating the apparatus came close to the 18th anniversary of the popular midfielder’s death.

The Premier League champions had been working on this initiative with local authorities for some time but the events in Copenhagen during the European Championship have brought the issue back into the public conscience.

The AED, giving a high-energy electric shock to the heart, contributed in saving Christian Eriksen’s life. The same can be said for Bolton’s Fabrice Muamba during a game at Tottenham Hotspur in 2012. Sales of defibrillators soared in the days after Eriksen’s incident.

‘Marc was a real shock,’ Williams said. ‘He was one of the fittest footballers at the club and that made the shock even worse. It was a stark reminder that this could happen to anybody, anywhere. 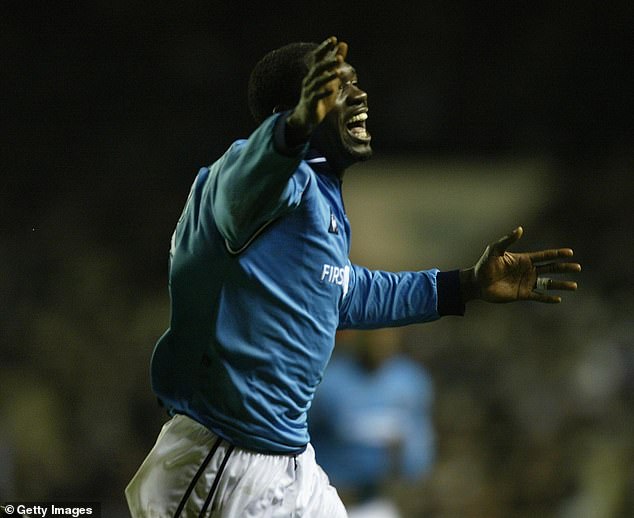 ‘The more we can do as a club to support the FA and counties then the player has the best opportunity of surviving. Time is of the essence when somebody does go down.

‘There’s no better way we as a Premier League club and a big foundation can support grassroots. Health and safety is the main thing.

‘We’ve had a couple of incidents recently where not just professionals but young kids can have heart issues on a football field. By ensuring we get these defibs out, the clubs do have an opportunity to address a situation there and then.’

City pride themselves on their community work. ‘(Goalkeeper) Karen Bardsley sits on the Manchester County FA board. I sit on the equality and diversity group, so any issues around diversity and inclusion is addressed,’ Williams added.

‘At the end of the season we distribute kits to schools, grassroots teams and youth clubs. It’s important for us because the grassroots are the feeders for our academy, both boys and girls.

‘We supply young junior coaches, train them up in level one qualifications so they can go out and coach. We provide referees and qualifications through a young careers project. A lot of the young people we’re working with will go on and have a role within the game.’