‘I got you!’ Moment hero cop catches family of six – including four young children – as they jump from burning home in New York

Bodycam footage captured the moment a New York police officer saved a family of six from their burning home in upstate New York.

Officer Mark Conklin of the Jamestown Police Department has been hailed a hero after he sprang in to help the Rivera family escape from their home when it was engulfed in flames early Monday.

Conklin responded to a call about the fire at around 12.15am and arrived to find adults and children trapped upstairs in the house, the Jamestown Police Department said in a statement.

The statement included a link to a GoFundMe for Hector and Brooke Rivera, who lived in the home with their four children ranging in age from three to 12 years old. 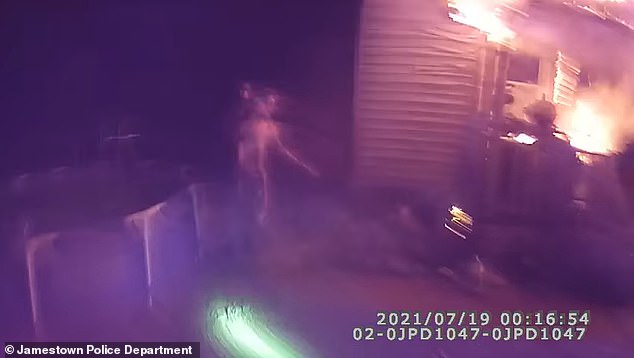 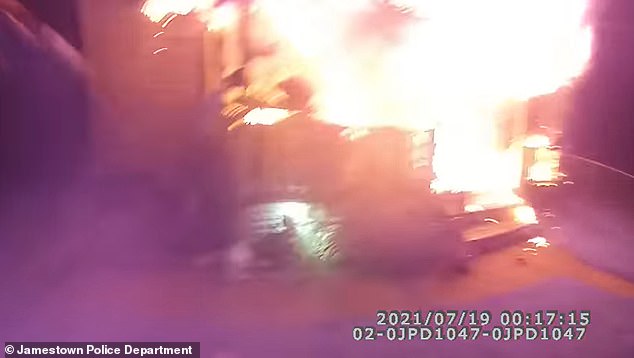 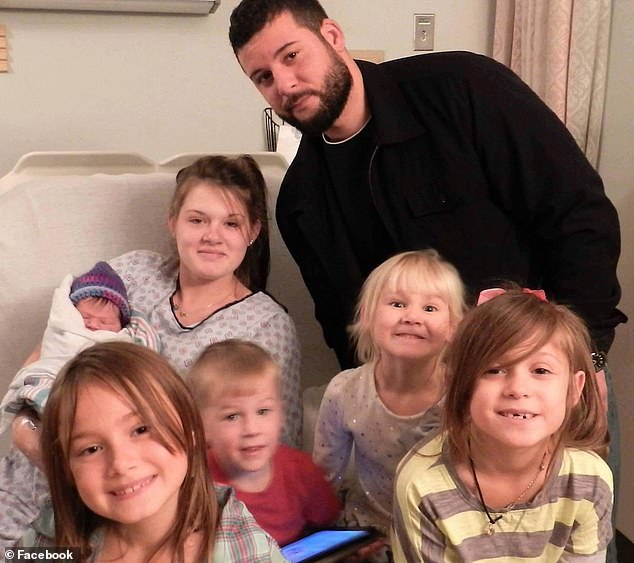 The home belonged to Hector and Brooke Rivera, who lived there with their four children ranging in age from three to 12 years old, according to a GoFundMe campaign

Officer Conklin pulled double duty, requesting Jamestown Fire Department over his radio while standing next to the house radiating extreme heat to direct the family trapped in the burning home to jump from the upstairs window and proceeding to catch them.

Footage recorded by his body camera footage captures him running to the scene of the fire and asking witnesses for the address of the home while breathlessly radioing the police department with all the details.

Once he arrives to the burning home, he looks up and tells residents of the home ‘Jump! I got you! I got you!’ before you see a blur fall from the window.

The bodycam cuts off at that moment and the Jamestown Police Department did not confirm how many people Officer Conklin was able to save or their condition after the fire – but there were no reported deaths in the incident, ABC News reported.

The department did commend Conklin for his ‘heroism’ and quick thinking which they credited with saving the family.

‘I can say that I have seen many examples of heroism over the years by officers,’ Jamestown Police Chief Tim Jackson said in a statement.

‘After watching the video of this incident and speaking to others involved, I can say that the actions of Officer Conklin were, to say the least, one of the most outstanding examples of bravery, heroism, and exemplary service I have seen.’ 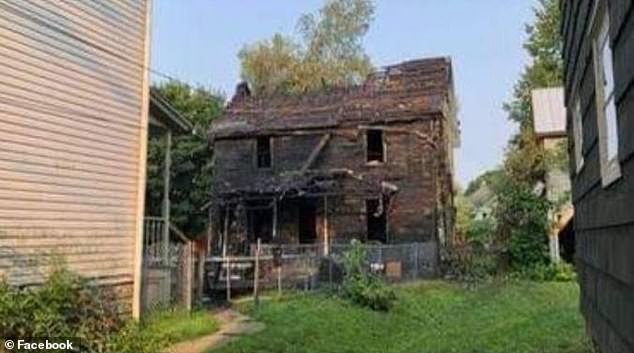 The community is pulling together to provide for the Rivera family, who lost all their belongings in the fire that completely destroyed their home (pictured) 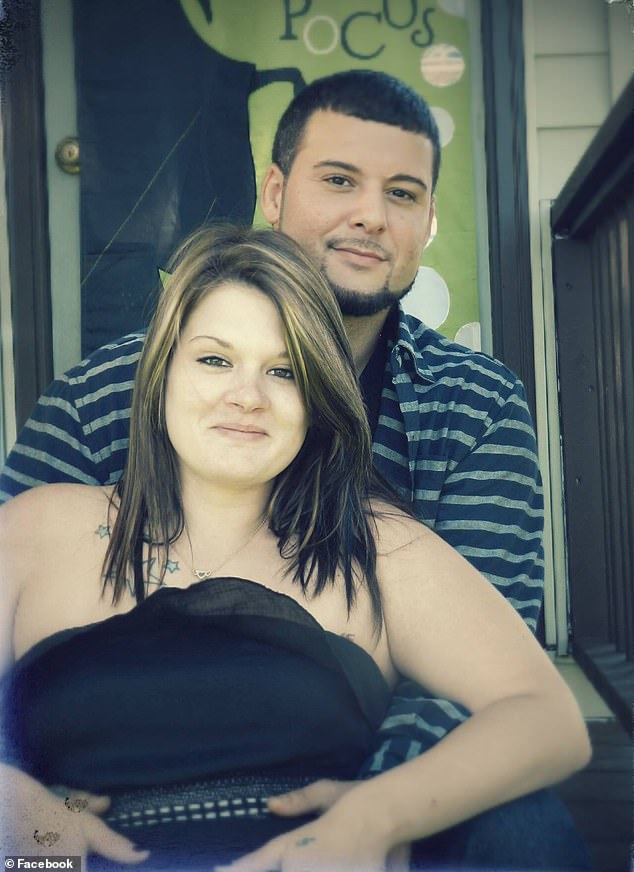 The Jamestown Police Department linked a GoFundMe for Brooke and Hector Rivera, the family who ‘lost their entire house and all belongings tragically in a house fire in Jamestown NY on July 18, 2021,’ according to the fundraiser that has so far raised over $3,000

The description on the GoFundMe said the Rivera family ‘lost their entire house and all belongings tragically in a house fire.

‘They have been long time residents of Jamestown and have lost literally everything. They do not have insurance that I am aware of. 100% of donations will go to cover future housing, living expenses, and replacement of their belongings to start their lives over.’

The GoFundMe has raised over $3,000 as of Tuesday morning.