Authorities in Florida have arrested a woman who they say pretended to be a utility worker along with a male accomplice in order to steal $25,000 worth of jewelry from the home of a 81-year-old widow

Police in Miramar arrested last week Rachel Demitro, 49, on charges that include burglary and grand theft from a person 65 or older.

Demitro also faces additional counts of larceny from a person 65 or older, unarmed burglary and contributing to the delinquency of a child stemming from another heist, in which officials say she and her suspected accomplice in that crime, 58-year-old Bob Ely, robbed an elderly couple in Margate on July 15. 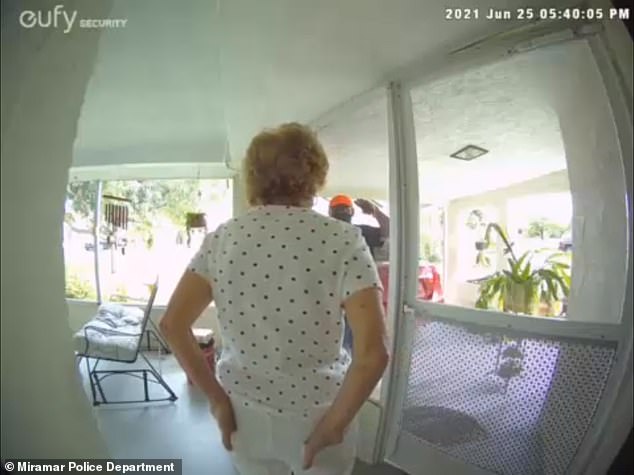 Diane Reeves, 81, is pictured talking to a burglary suspect pretending to be a power company worker at her Miramar, Florida, home on June 25 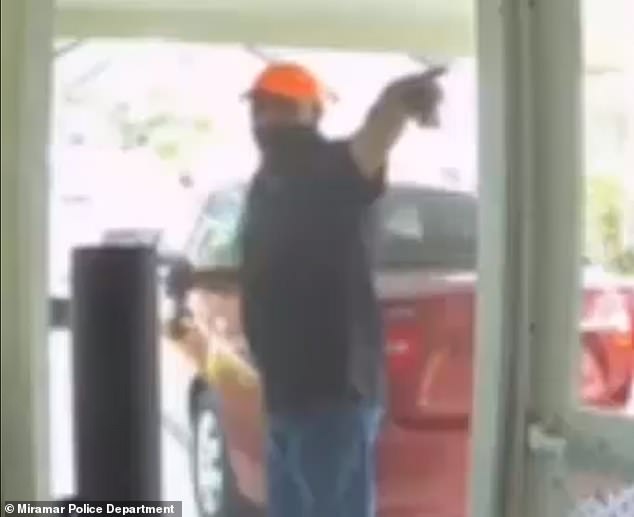 In the video, the male suspect says he needs Reeves to follow him outside so he could show her the new location of her water meter 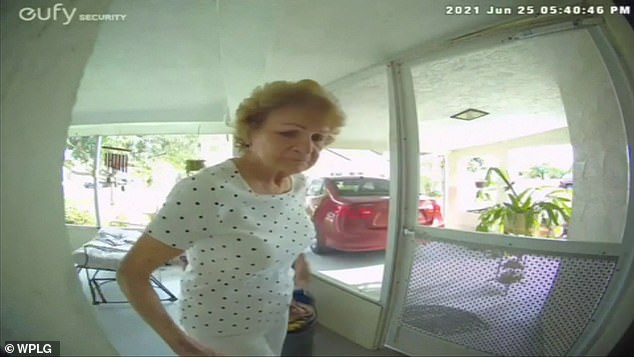 Reeves, who is a widow, told the suspect he looked ‘scary,’ but ultimately followed him

Ely has been arrested on charges related to the Margate burglary, but he has not yet been formally named a suspect in the Miramar crime. 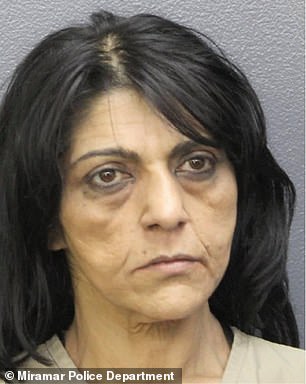 Rachael Demitro, 49, is suspected of entering Reeves’ home and stealing $25,000 worth of the woman’s jewelery

On June 25, a man who claimed to work for Florida Power & Light knocked on Diane Reeves’ door and asked her to go into the backyard with him, as seen on video recorded by the victim’s doorbell camera.

He wanted to show show her where they would be moving her water meter.

Reeves appears weary at first, telling the bogus worker: ‘you look kind of scary in those sunglasses and hat.’

The unidentified thief laughs and removes his accessories to put Reeves at ease, asking her: ‘is that better?’

She went into the backyard but started to question why they were moving meter to a spot further away from her house, police said.

The male suspect told the homeowner to wait and he would send his partner to speak to her.

Demitro then showed up, spoke to Reeves and again asked her to wait in the yard. After 10 minutes, Reeves went back into the house and realized she had been robbed.

The items stolen include a charm bracelet Reeves’ mother gave her in 1961, her wedding ring and a pocket watch Reeves bought for her late husband. The watch has an inscription that reads ‘Chuck loves Diane,’ according to the Miramar Police Department speaking to Orlando Sentinel. 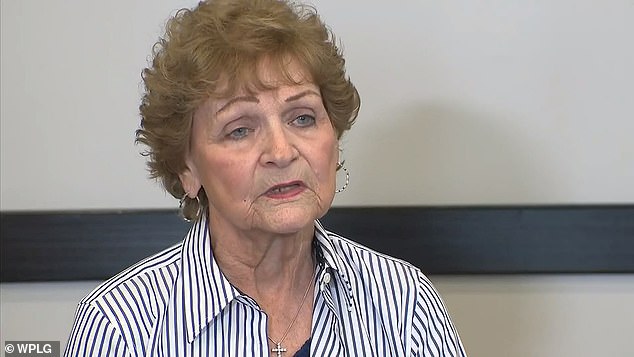 Reeves said the thieves got away with her engagement ring and wedding band, along with a charm bracelet Reeves’ mother gave her in 1961

‘In my heart, I don’t hold hate,’ Reeves told Local10 prior to Demitro’s arrest, ‘but I’d like to see these people stopped,’

On July 15, Demitro and Ely were arrested by Broward County sheriff’s deputies after the pair allegedly robbed a couple of cash and jewelry.

According to a press release from the sheriff’s office, the pair parked in a homeowner’s driveway, and Demitro asked the man to follow her to his backyard, claiming she had to survey the area for future yard work being done by a neighbor. 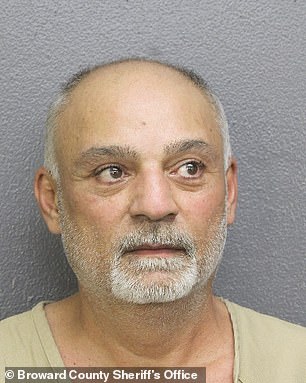 Bob Ely, 58, has been charged with burglary and larceny stemming from another theft that took place on July 15, but he has not yet been named a suspect in the Miramar incident

‘The homeowner told detectives it was very hot outside, and he kept trying to go back inside his home,’ the release stated. ‘However, the woman continued to distract him with conversation.’

When Demitro left, the homeowner discovered that money had been stolen from his safe, and a wooden jewelry box containing all his wife’s jewelry had been taken.

Sheriff’s detectives who were staking out Demitro and Ely in connection with a series of distraction burglaries throughout the South Florida area followed their silver SUV and detained them.

Inside the vehicle, detectives found the stolen wooden jewelry box. They recovered all the valuables, some of which were being worn by Demitro, and returned it to the victims.

The authorities noted that a child was present in the couple’s SUV during the robbery.

Demitro and Ely remained in Broward County jail as of Monday after having their bonds set at $22,000 and $35,000, respectively.