A widower who lost his wife and mother to Covid in just six weeks has slammed the Government’s ‘reckless’ plan to lift restrictions – calling it like ‘opening Pandora’s box.’

Charles Persinger lost his mother Susan, who suffered from dementia, to Covid on January 14 this year, aged 78.

The 56-year-old then lost his care home worker wife Katie to the virus on February 28, aged just 51.

He branded the Government’s decision to lift most Covid restrictions – such as social distancing – tomorrow as ‘irresponsible’ and ‘reckless’.

Charles warned that many more lives may be lost to the virus and called for an inquiry into the government’s decision-making during the pandemic.

Charles and his 21-year-old son Joe, are still grieving the loss of Susan and Katie from their home in Swindon, Wiltshire.

And Charles, a behavioural support worker who works with disabled adults, said it is ‘tragic’ that tomorrow is being dubbed ‘Freedom Day’ when the country is not yet over the worst of the pandemic. 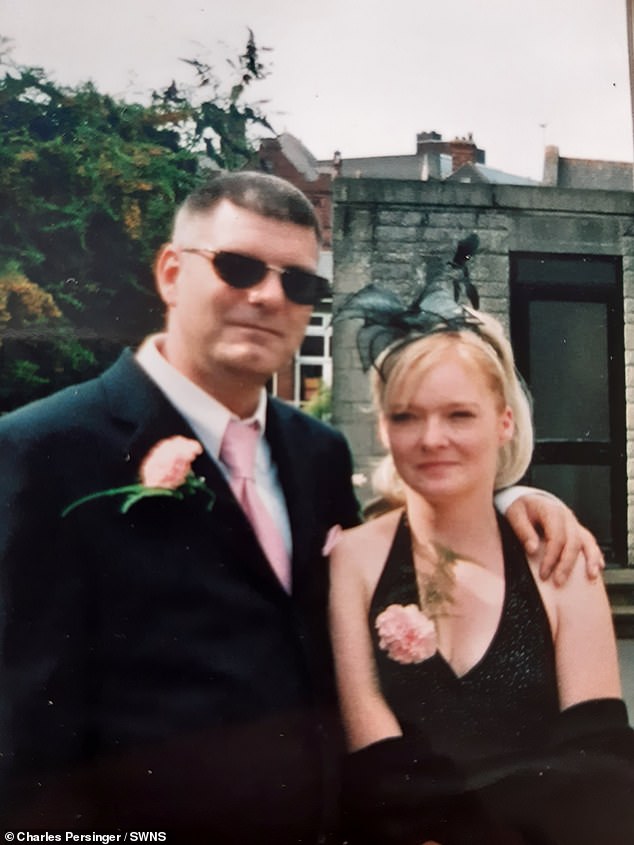 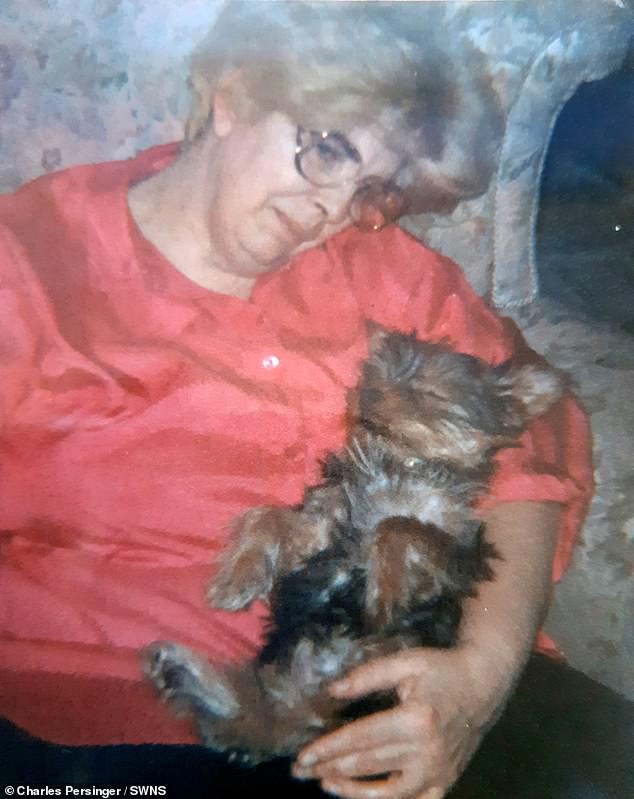 It came less than six weeks after the widower lost his mother Susan, who suffered from dementia, to Covid on January 14 this year, aged 7

He said: ‘I feel like they are opening Pandora’s Box. It’s tragic, what is happening.

‘More lives are going to be lost, more pressure is going to be put on an already-struggling NHS. 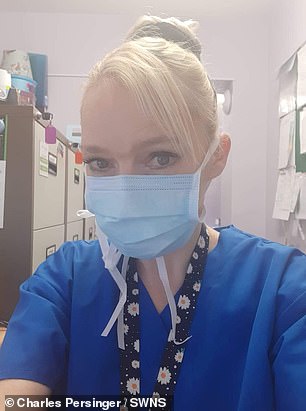 ‘I’m afraid that what the government is doing is irresponsible, reckless, even dangerous.

‘I’m terribly concerned for the nation, for young children like my nieces and nephews, and other people’s children who I don’t even know.

‘They’re not being vaccinated – and yet we’re just going to expose them?

‘It’s gut-wrenching to watch what’s happening. It’s not just my family that has been affected. This is not just a blow for me, it’s a blow for the country.’

Charles told how his mother, Susan Persinger, contracted Covid in January this year when she went into hospital after taking a fall at home and breaking a bone.

He said: ‘She was in hospital for about a month – and just never came out.

‘She was quite elderly, and was clinically vulnerable as she suffered from early onset dementia – so once she caught Covid I wasn’t overly surprised that that led to her passing. 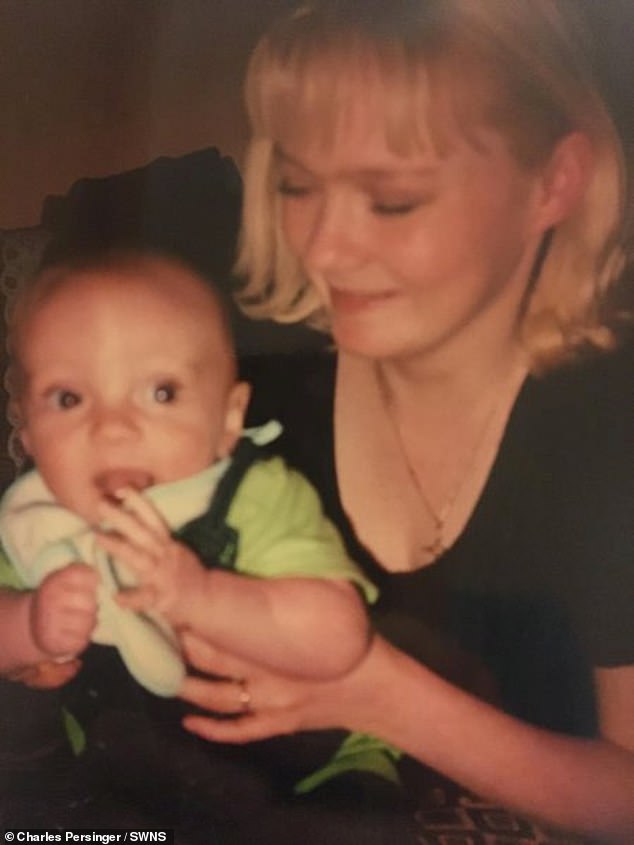 Katie is survived by her husband and 21-year-old son Joe. The family have slammed the government for their ‘reckless’ and ‘irresponsible’ decision to lift most restrictions on Monday 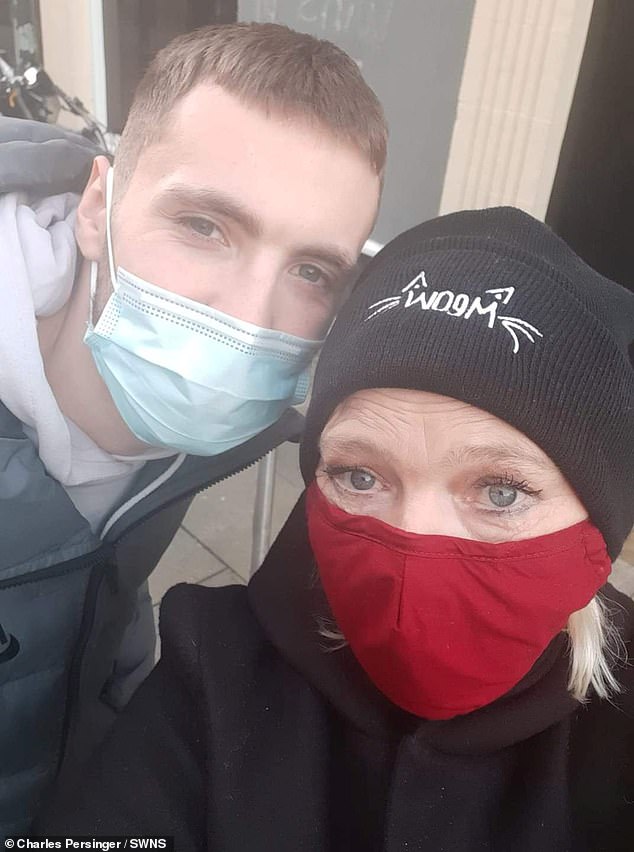 Charles said the loss of his wife and mother mean Joe (pictured with Katie) will grow up without his mother and grandmother around to see his milestones, ‘like getting married and one day having children’

‘I was with her when she died – I watched her go. That was heartbreaking for me.’

But the worst was not over for Charles after he watched his mother pass away – because just five weeks later, his wife of 24 years, Katie, tested positive for Covid.

Katie worked as Deputy Manager for Quarry Mount Care Home in Swindon – and continued to be a dedicated key worker throughout the pandemic.

Charles said: ‘Katie was a hero. She had a strong sense of duty of care to the people she was looking after.

‘She had actually had her first Covid vaccine the day before she tested positive for Covid.

‘But we both worked in care, so we knew that the vaccine wouldn’t have taken effect straight away.

‘She went downhill quite quickly. I was monitoring her at home for four or five days, but after that it became clear there was nothing more I could do for her, and she had to go into hospital.

‘Within days she was on a ventilator – and she just never woke up.

‘I wasn’t allowed to go and see her while she was conscious – but I was there to watch her die, just like with my mum.

‘I’ve lost two of the most important women in my life.

‘And my son, Joe, he’ll grow up and have milestones, like maybe getting married and one day having children – and his mother and grandmother won’t be there to see it. 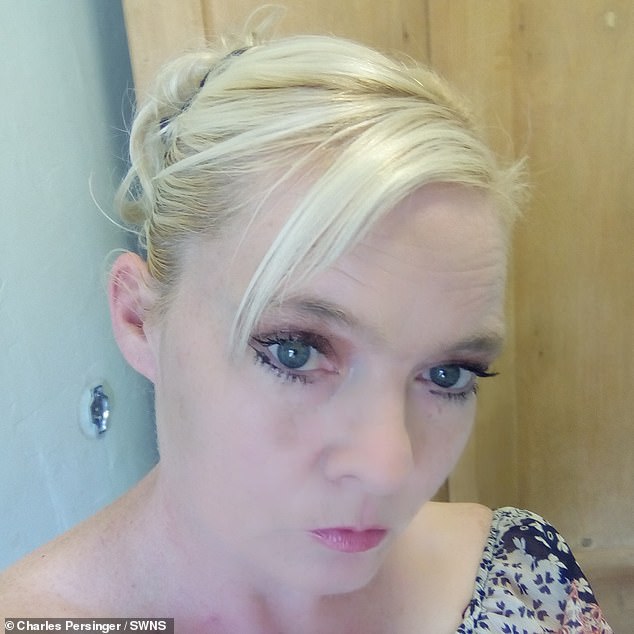 Charles, still grieving from the loss of his wife (pictured), is now calling for an inquiry into the government’s decision-making during the pandemic, saying that the government ‘could have done more’

‘Meanwhile, the government are out there gallivanting with each other – as has been well documented.’

Charles is now calling for an inquiry into the government’s decision-making during the pandemic, saying that the government ‘could have done more’.

But he added: ‘It just feels like I’m trying to be as vocal as I can, but no-one is listening. They’re just going ahead with opening up the country.

‘I understand that people need their freedom, and I don’t want to stop them from getting that.

‘But I just hope that people take sensible measures and take responsibility for themselves and their actions.’