A teenager impaled on a tree branch during a backyard accident on the NSW south coast has been flown to Sydney by specialist medical chopper.

An ambulance service spokesman says a medical team was dispatched around lunchtime on Sunday after reports the youth had become impaled on the branch at a home at Albion Park, in Wollongong.

Four crews, including a critical care doctor and paramedic and a special operations officer assessed and treated the boy for a chest injury.

He was flown to The Children’s Hospital at Randwick in a stable condition.

‘She made sure he was safe and comfortable and calmed him down while she called triple zero for help.

‘Our special operations paramedic was able to gently cut the branch away from the tree and the boy was flown to The Children’s Hospital in Randwick where surgeons will remove it.’

Inspector Morrow said the teenager had been helping his mum in the yard at the time of the accident.

‘Accidents happen and paramedics worked hand in hand with police and firefighters to make sure he was given the best treatment possible.’ 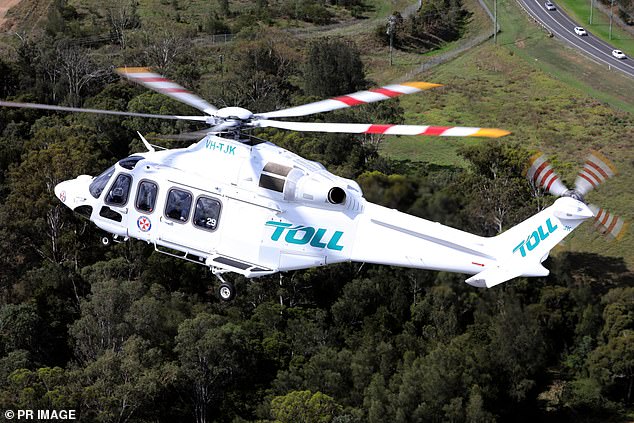