Dumped AFL coach Nathan Buckley is roasted for declaring his ‘logical brain fails to comprehend’ how the Delta Covid strain is so contagious when there were only 16 cases in 52,000 tests – before rapidly backpedaling

The recently-resigned Collingwood coach claimed the highly-contagious strain wasn’t as infectious as it was made out to be in a tweet on Sunday.

Victoria was plunged into its fifth lockdown in 16 months on Thursday after the latest outbreak in NSW crossed the border.

The state recorded 16 new cases on Sunday, prompting Buckley to weigh into the Covid debate in his first Twitter post since leaving Collingwood in June. 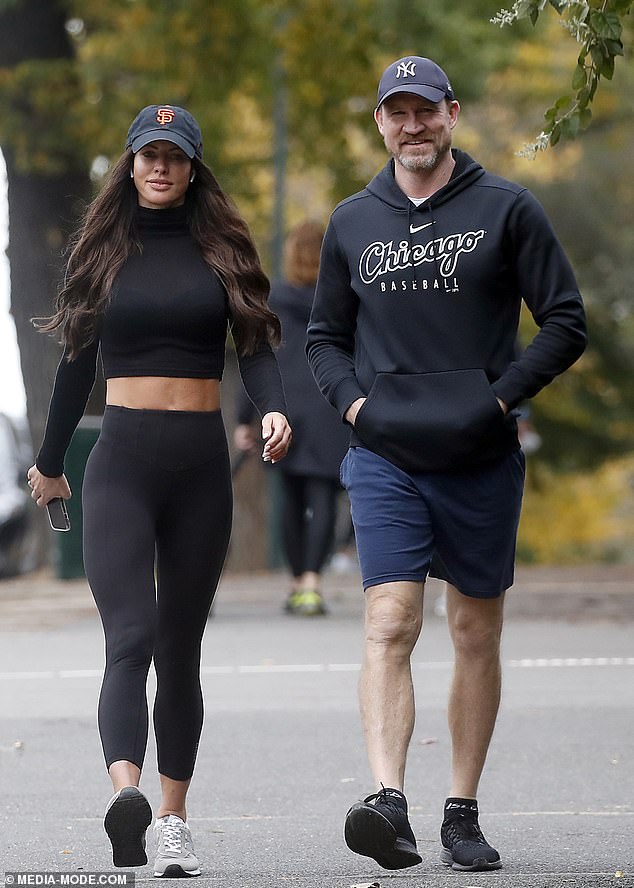 He tweeted: ‘53,283 tests yesterday in Victoria, presumably most of those from people exposed to people and places with confirmed positives… 16 new positives.

‘So, exactly how contagious is this thing again? My logical brain is failing to comprehend.’

Seconds later, Buckley was hit with furious backlash with his tweet described as ‘irresponsible and disappointing’.

He also came under fire from health experts.

‘Airborne spread. It spreads faster than a rumour in a locker room, Nathan, and does a similar amount of damage when you’re trying to keep the teamwork happening,’ emergency physician Stephen Parnis commented.

One critic took a cheeky swipe at Buckley’s failure to win a premiership as player or coach during his 29 years at Collingwood.

‘Think of lockdown like winning a premiership, champ. You have to work really hard as a team, and even then, you might not win one/catch Covid, as you know very well from personal experience,’ one woman quipped.

Buckley took the outrage on notice and later backtracked on his comments with a parting message to his critics.

‘A raft of assumptions and inferences being returned from one observation… that is your prerogative,’ Buckley tweeted.

‘With some great informed logical perspectives in there as well. Clearly a highly discussed topic with lots of associated emotional triggering.’

‘Be kind to each other.’