A young woman will never taste or smell again after she was struck down with Covid-19 at the start of the pandemic and left with permanent nerve and lung damage.

Livia Bowman, 29, from the Tweed region in New South Wales, travelled to Ireland on March 6 last year and returned to Australia on March 16 with no immediate symptoms.

But in the days following her return the young woman developed fevers, lower back pain and struggled to breathe – likening her experience to that of ‘someone sitting on my chest’.

She got tested for Covid on March 19 and received a positive result the next day before spending five days in hospital trying to recover from the deadly virus.

Speaking to Daily Mail Australia, Ms Bowman revealed the permanent reminders she’s been left with from the terrifying experience – and why the rest of Australia’s young people should be following the strict restrictions in place around the country to the letter. 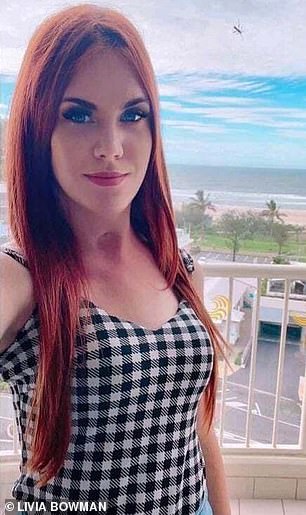 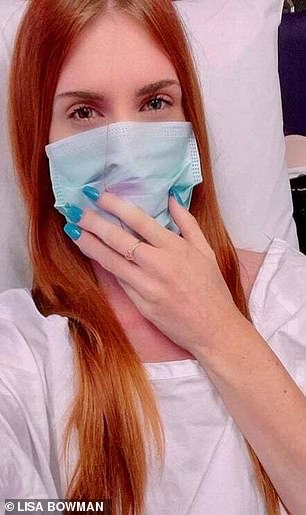 ‘The hospital stint was obviously very nerve wracking as it was March of 2020 just as the pandemic really took off and nobody really knew anything about it or how to treat it,’ she said.

‘I now have scarring on the lungs and also permanent nerve damage, which means I’ve lost my sense of taste and smell forever.’

She said losing her senses was extremely frustrating and despite seeing ear nose and throat specialists, she was told there was nothing that could be done to reverse the damage.

‘Now I basically eat and drink because I know I have to do it to stay alive and healthy not because I look at something and think ”hmm this looks yummy or this drink is tasty,”‘ she said. 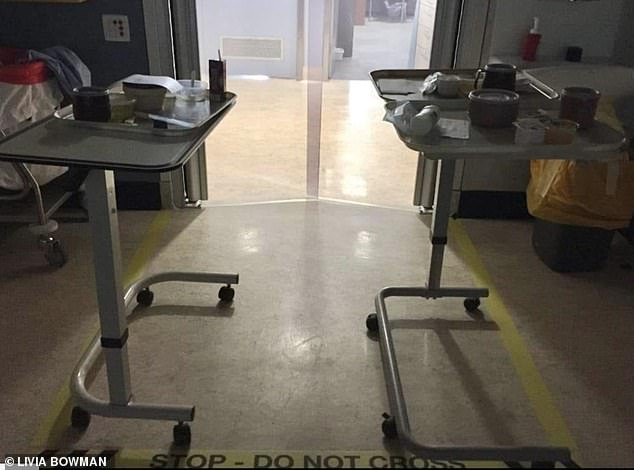 ‘I could literally sprinkle my meals with dirt and not notice.’

The 29-year-old revealed that before she caught the virus she had underlying health conditions including a 50 per cent lung capacity and only one kidney.

Ms Bowman was also born with her digestive organs on the outside of her body.

Livia Bowman travelled from Australia to Ireland on March 6, 2020.

She returned on March 16.

She started feeling unwell and received a Covid test on March 19.

She tested positive on March 20.

She then spent five days in hospital and was released. The young woman spent a month total in isolation.

She suffered permanent nerve damage and has lost her sense of smell and taste for life.

Ms Bowman has also been left with scarring on her lungs.

But doctors were unable to confirm whether Ms Bowman’s prior health conditions impacted on her recovery from the virus.

She said that after landing back in Brisbane from Ireland there were hardly any tools the government was using to trace the virus.

‘At the time there were no QR codes and contact tracing was new so they relied heavily on honesty and memory as to what shops and at what times I’d been at whilst in the airport,’ she said.

‘The same applied to what my flight numbers were and my seats to try and notify those on the same flight and section as myself.’

It was within days of her arrival back in Australia she started feeling the symptoms of the virus now millions around the world have come to know.

Ms Bowman said she believes she may have caught the disease while on her stopover in Dubai.

‘My initial symptoms were a dull aching lower back, with a temperature and body chills which gradually progressed into a headache, nasal congestion, slight dizziness and struggling to breathe,’ she said.

‘The best way to describe that would be someone constantly pushing down or sitting on my chest.’

Ms Bowman was released from hospital after five days once healthcare workers found she wasn’t getting worse.

In total she spent a month in isolation while recovering from the virus.

‘In hospital they monitored my heart rate and blood pressure closely and gave me paracetamol when the body aches flared up,’ she said.

Sharing a photo of inside her hospital room, a yellow warning tape reading ‘Stop – do not cross’ is seen stuck to the floor preventing her and her fellow patients from leaving the area.

The 29-year-old also suffered pulmonary pneumothorax which occurs when air gets trapped between the lungs and the chest wall causing the lung to collapse. 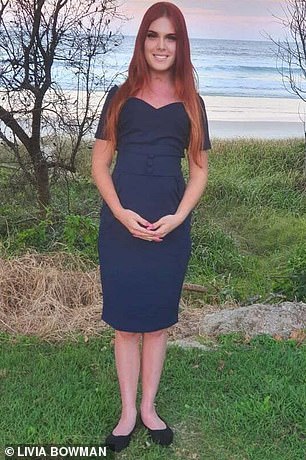 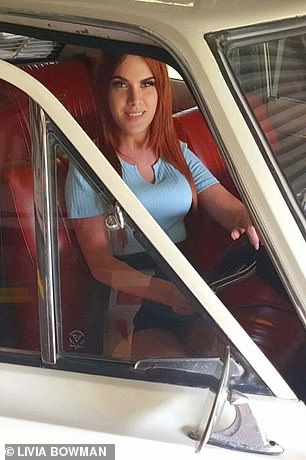 The 29-year-old spent a month in isolation while recovering from the virus. She also suffered lung scarring

Pneumothorax can take several months to heal after treatment is needed, which in some cases means surgery.

‘The doctors were absolutely amazed considering my already underlying health issues that I wasn’t needing any sort of assistance such as a ventilator,’ she said.

‘They couldn’t explain why or how but they put it down to just plain luck that I didn’t contract a worse strain of the virus.’

While compared to some cases of coronavirus Ms Bowman says her bout was relatively mild she has urged others to realise that every victim will have a different experience. 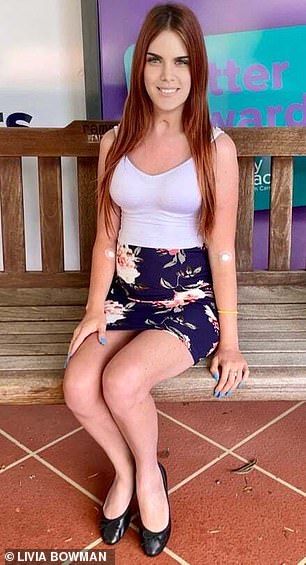 ‘Every person will handle it differently, some may recover quicker than others where as some may not be as fortunate,’ she said.

Australia has lost 912 people to the deadly virus and has seen more than 31,000 test positive.

Greater Sydney is three weeks into a lockdown that was sparked by an explosion of cases linked to an unvaccinated airport limo driver.

The outbreak of the highly-contagious Indian Delta variant that began on June 16 in Sydney’s eastern suburbs has now reached 1,026 infections after 97 new cases were recorded on Friday.

The stay-at-home orders were due to end on Friday but will continue for at least another two weeks until July 30.

Victoria has also been thrown into a snap five-day lockdown after the outbreak in Sydney spread to the southern state through removalists.

On Friday, only ten cases were reported – but four of them were already announced on Thursday.

There are now 24 cases linked to the outbreak with 1,500 close contacts and 5,000 secondary contacts identified.