The jostle for prime position will begin before Mark Cavendish rolls into Paris this afternoon.

By the time this recommissioned Manx Missile attacks the cobbles of the Champs-Elysees, the race to be front and centre back home could be run.

‘We’re having a big party in Douglas, our capital,’ explains Dot Tilbury MBE, who helped run youth cycling on the Isle of Man when Cavendish first arrived in 1995 — and still does. 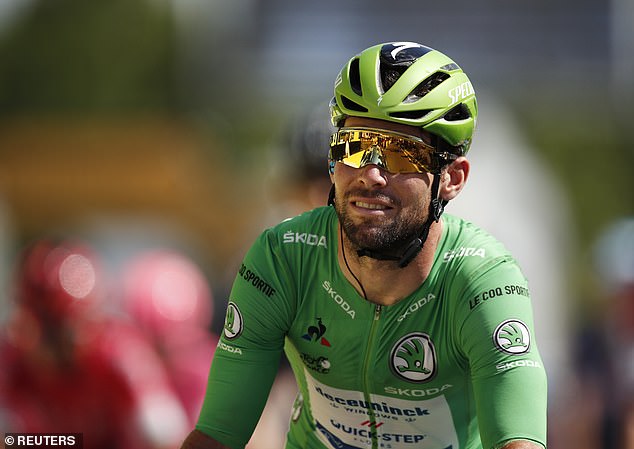 ‘There are going to be big screens, a big parade of bikes to the Villa Marina . . . and a big celebration.’

Few foresaw Cavendish’s rebirth — and this date with destiny at 36. That includes some on the island where his tour de force began.

‘The trouble is, we’re a busy island,’ Tilbury continues. ‘There’s things going on all over the island, every weekend — fairs, sport, secret gardens, afternoon teas . . .’

On Saturday, her village is having a field day. ‘That’s always well attended,’ she adds. ‘But we’re hoping for a good crowd down at the Villa Marina to watch Mark. I’m sure there will be.’

The weather is set fair; the forecast for Cavendish looks promising, too. 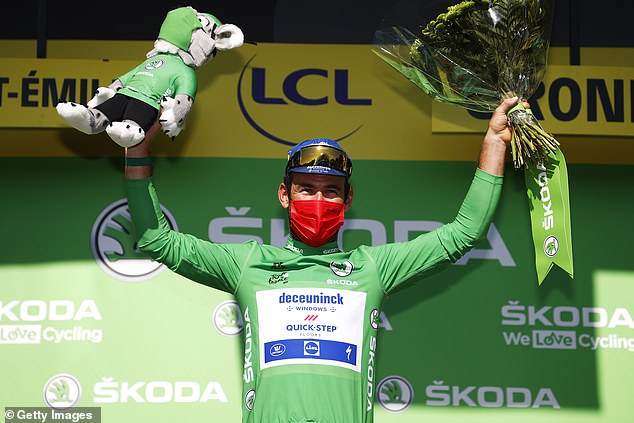 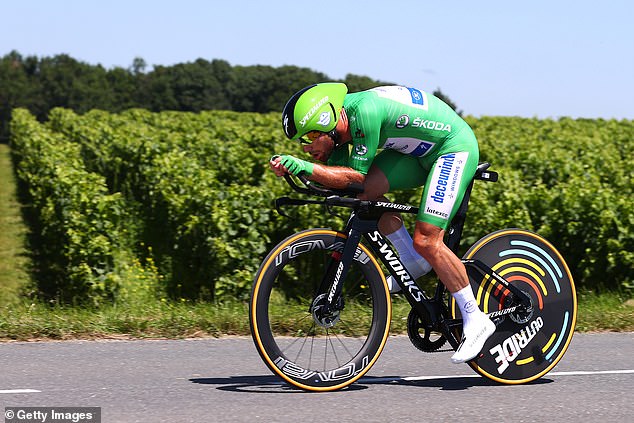 Remarkable to think that a month ago, the Deceuninck-QuickStep rider had not even glanced over the route of this year’s Tour de France. No need, it seemed. He hadn’t made the race since 2018. He hadn’t won a stage since 2016. And then injury to Sam Bennett opened the door and Cavendish’s slight frame smashed through it. Four weeks and four stage wins later, he stands on the brink of history.

Victory in Paris would take him past Eddy Merckx’s all-time record of 34 Tour stage victories. ‘I can’t see anyone coming close to that for years,’ fellow Manxman and former team-mate Peter Kennaugh says.

‘He loves riding his bike, that’s his identity, that’s who he is.’

Just reaching this final stage in Paris speaks to Cavendish’s resolve — over recent years, he has battled injury, depression and the debilitating Epstein-Barr virus.

‘How many people would have just said: enough is enough?’ Kennaugh continues. ‘There wasn’t even a win on the horizon, let alone in the Tour.’ 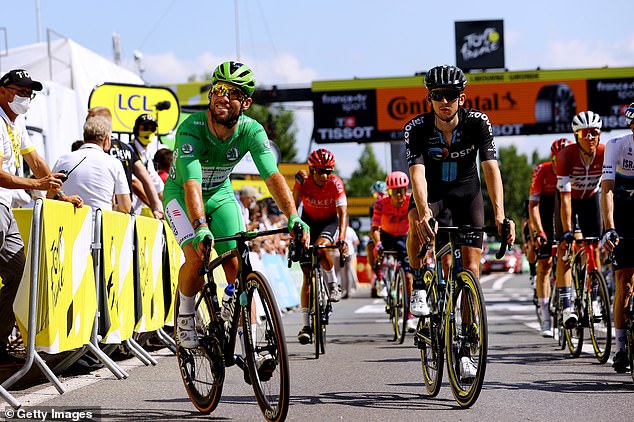 Even these past few weeks, the 36-year-old has contended with the peculiar life of a sprinter —- carried up the Alps and Pyrenees by his ‘wolfpack’ for the final few hundred metres of days like these.

This closing sprint could cement Cavendish’s place among the country’s greatest ever athletes. 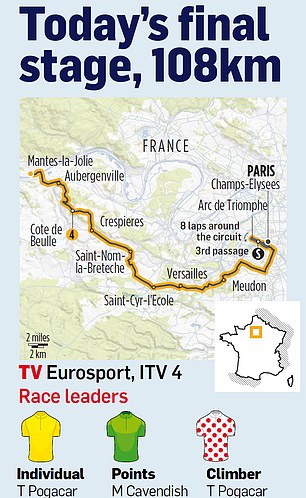 When Cavendish equalled Merckx’s tally in Carcassonne, he said inspiring kids to ride the Tour would mean more than any personal accolade. He could deliver both.

His legacy in Douglas was secure long ago. ‘In his heyday,’ Tilbury says, ‘we must have signed over 500 kids that year. I reckon it was the biggest children’s cycling club in the world, let alone Britain.’

Cavendish juggled cycling with football, athletics, ballroom dancing and a job at Barclays Bank before choosing his racing line.

Kennaugh was with him on many team trips. Now he is covering Cav’s historic Tour as part of ITV’s coverage. ‘You see him in interviews — it’s not awkward but it’s quite endearing. He was exactly the same on the boat trips going to compete as a 15-year-old and I was nine.’

He had at least shed some of that boyish innocence when he arrived at British Cycling.

‘He was just some chav from the Isle of Man who wanted to be from Liverpool,’ Welshman Geraint Thomas recently joked. ‘With his gold Vauxhall Corsa, all souped up, it was terrible. He’s still like that.’ 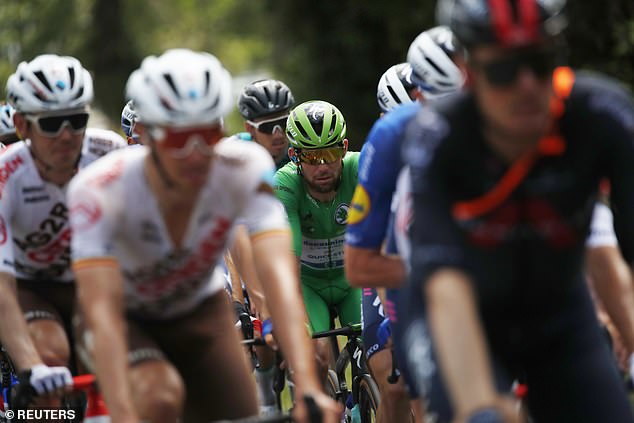 Cavendish once claimed younger brother Andrew would have outstripped him —– if only ‘he had worked hard’.

But Kennaugh, his brother Tim, Mark Christian and Matthew Bostock are among those who have followed him towards the mainland — and the top of the sport.

What is in the water over there? Kennaugh has one explanation: ‘In England you’d probably be the only one in your school, never mind your area who’s into cycling. Because the Isle of Man is so condensed, you were able to be into cycling and hang out with (friends) at the same time. You never felt you’d missed out on your childhood.’

Tilbury adds: ‘Word gets around. Parents talk at school gates, “My kid’s going down to the cycling, anybody can go . . . ” There are no stipulations as to what bike you have — as long as it has two brakes, two wheels and a safe crash hat. We go from there.’

Occasionally all the way to Paris.