Pierre-Emerick Aubameyang had an afternoon to forget after missing a hat trick of sitters as Arsenal were held to a 2-2 draw by Rangers in a pre-season friendly.

The Gunners have been in Scotland to step up preparations for the 2021-22 campaign, with Mikel Arteta hoping for a more positive showing after finishing in a lowly eighth place last season.

Arteta will be hoping to get a tune out of his 32-year-old talisman, who endured a below par season by his standards, but the striker did not have his shooting boots on at Ibrox on Saturday. 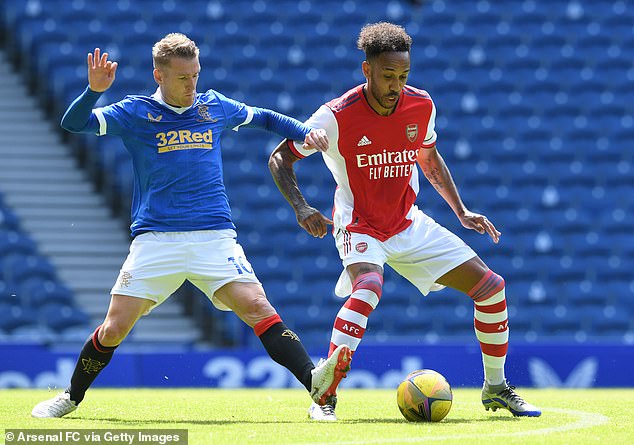 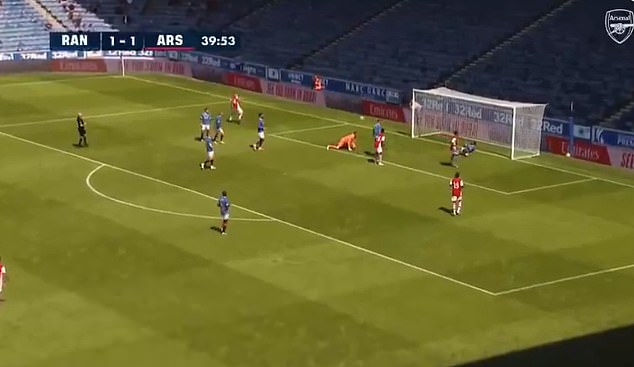 Aubameyang had an opportunity to score in the 9th minute but ballooned his shot over Alan McGregor’s crossbar after finding himself in good space to finish.

The former Dortmund star had another chance to score when the ball was sent into the penalty area from the right, but he failed to make good contact and his header was sent into the turf and wide of the target. 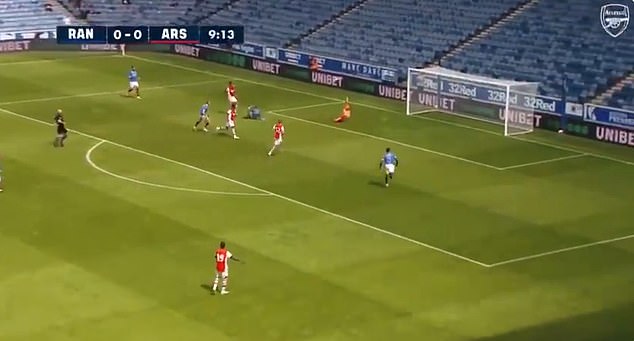 Then, just before half time, Aubameyang completed his hat trick of misses with the worst of the lot. Emile Smith-Rowe cut Rangers’ defence open and forced a save from McGregor, with the ball falling into the path of the striker.

Just yards out from goal, Aubameyang failed to put the ball either side of a Rangers man on the line and directed it straight at his opposing number who cleared behind for a corner in a horror miss.

And Arsenal fans have expressed concern that the miss could be indicative of a continuation of Aubameyang’s poor form from last season.

Arsenal fans have expressed concern for their striker’s uncharacteristic performances

‘Auba carrying on from last season’s form. Worrying times ahead,’ one fan tweeted.

‘Aubameyang this is a hall of shame performance…’ another Gooner wrote online.

One fan tweeted: ‘Auba needs to sort it out with himself before the season starts.’

Arsenal are winless from their first two pre-season friendlies against Hibernian and Rangers, although Arteta will view these warm up games as opportunity to get minutes into his players’ legs ahead of a long campaign.

The Gunners have reportedly agreed a £50m fee with Brighton for Ben White, as the North Londoners look to shore up their leaky defence this summer.