The bulk of the drugs were found in a shipment of a gearbox and hydraulic press and another 43kg in an unregistered truck and a home’s roof cavity.

Australian Federal Police and the Australia Border Force examined a container on June 5 they believed to contain drugs after it landed in Brisbane. 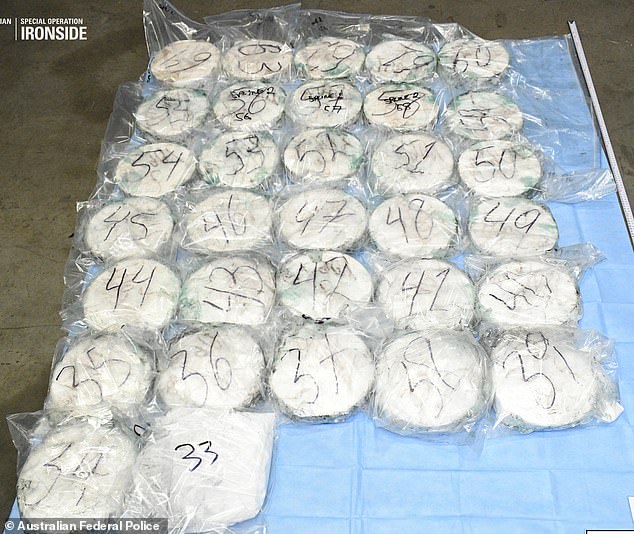 $288 million worth of methamphetamine has been seized, and four men have been charged with traffic offences as AN0M raids have continued across Australia 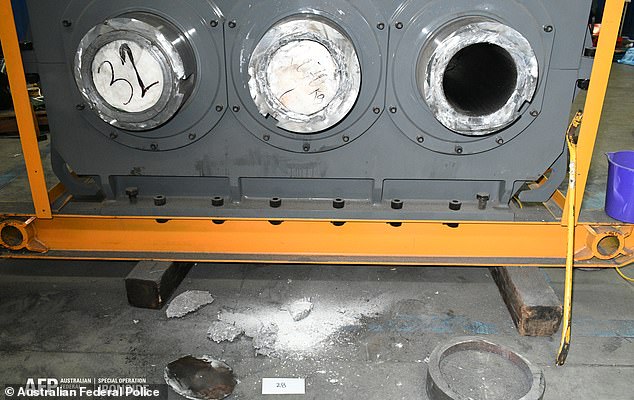 Drugs were found in Brisbane, as police searched a shipment containing a gearbox and hydraulic press (pictured), where they found 418kg of methamphetamines

Inside they allegedly found a gearbox hiding 96 packages of meth, weighing 195kg, as well as 52 more packages concealed in a hydraulic press weighing 223kg.

Following the seizure of 418kg of meth, a man, 37, from Erina Heights in the NSW Central Coast, and a man, 49, from Bardia, in Sydney’s south-west were charged for importing a controlled substance.

A home in Doyalson, on the NSW Central Coast was also searched on May 12 and 20kg of meth was allegedly found hidden underneath a truck.

Searches continued, and on May 13, police found two large duffle bags in a roof cavity of a Seven Hills premises.

The bags allegedly contained about 23kg of meth, leading to the arrest of a 36-year-old Roseland’s man and a 35-year-old Central Coast man.

The men were charged with trafficking a commercial quantity of controlled drugs. 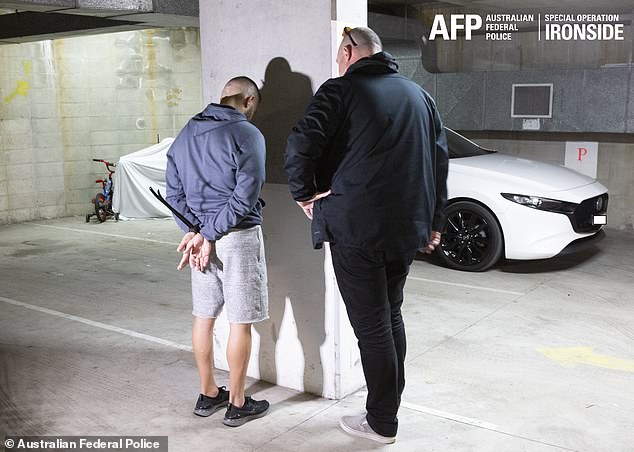 Four men have been charged with trafficking offences, two from the Central Coast, one from Bardia in Sydney’s south west, and one from Seven Hills in greater western Sydney 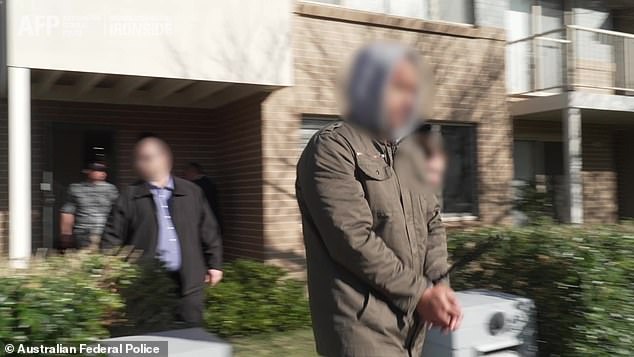 In a property in Doyalson, NSW’s Central Coast, 20kgs of methamphetamines was found under an unregistered truck, and a further 23kgs were found in a roof cavity of a Seven Hills residence

The bust was linked to Operation Ironside, which gathered intelligence on organised crime through a fake messaging app.

The AN0M app was created by the FBI and marketed by informants to criminals as a secret, untraceable way to conduct drug deals, who then spread it to their contacts.

However, the app was rigged to send every word they wrote back to law enforcement around the world.

‘The AFP has been successful in keeping these drugs off the streets through the continued collaborations with our partners,’ Detective Acting Inspector Wilson said.