An adorable baby koala has been captured on camera climbing up a drain pipe as it tried to find its mother.

The joey was seen clinging onto the pole near some rubbish bins in Griffin, north of Brisbane, on July 13.

Resident Brenden Smith captured the picture before calling animal rescuers to collect him.

Mr Smith told ABC Brisbane he heard a knock before finding the ‘pretty chill’ marsupial outside his home. 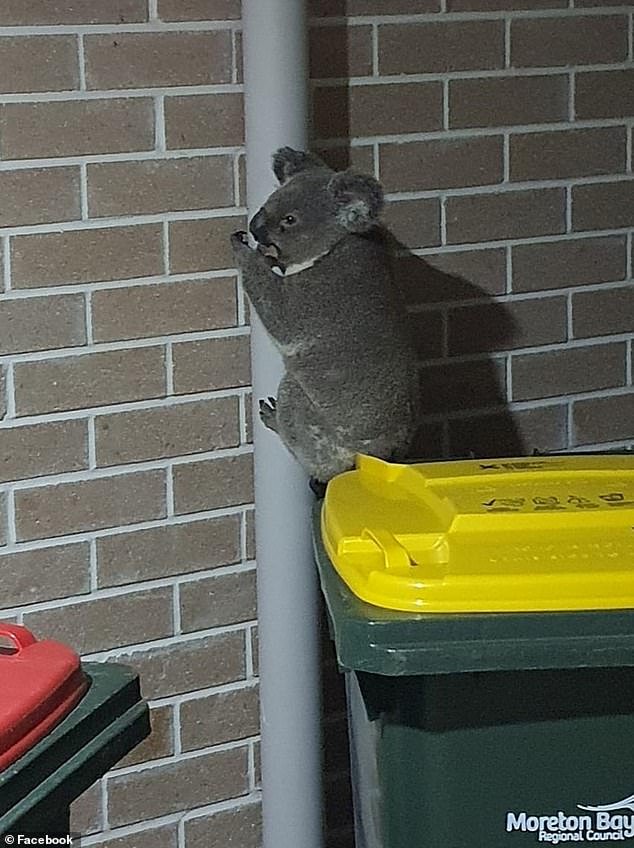 Brenden Smith opened his front door to a koala (pictured), after it knocked on the door of his Griffin, Brisbane home on July 13

While koalas are common to the suburb of Griffin, they don’t often come into residential areas and mainly stick to the dense tree areas in the Moreton Bay region.

Mr Smith said: ‘The rescue people came and got him and say he is in good health’.

The picture, posted to Facebook, received comments from other locals.

One wrote: ‘I had a knock on my front door in the middle of the night on the 1st of September last year. My little koala visitor was the perfect way to welcome the start of Spring.’

The discovery came just weeks after another koala was discovered in a busy shopping carpark. 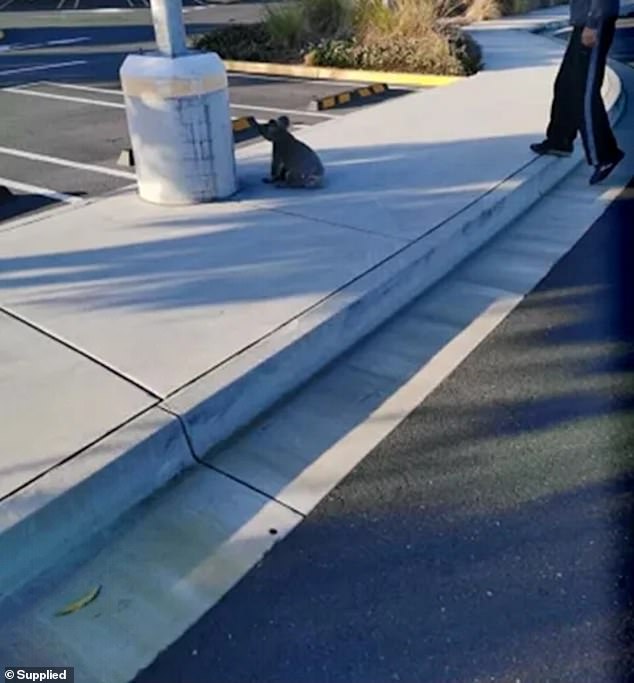 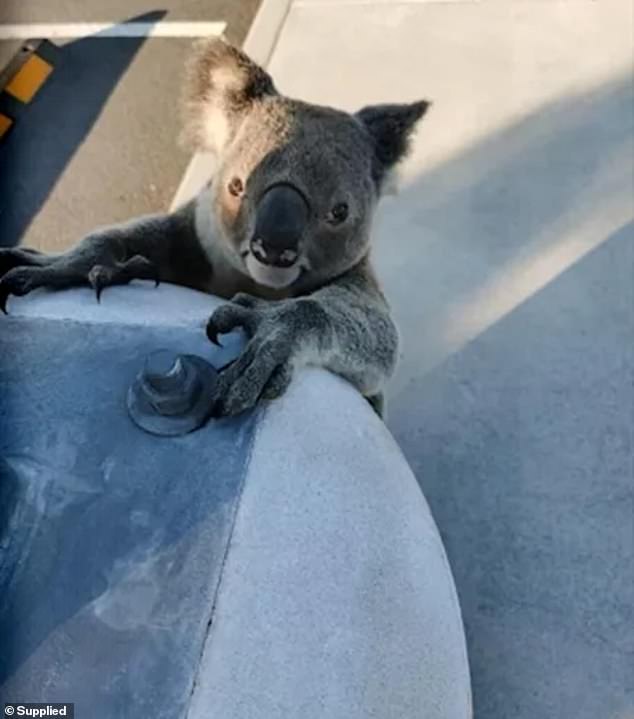 The native Australian marsupial, named Tej, was spotted wandering the carpark outside of Westfield Coomera in the Gold Coast, Queensland, on Sunday

Tej was spotted wandering the car park outside of Westfield Coomera in the Gold Coast, Queensland, on June 20.

Wildlife services only became aware of the situation after a post was made to social media that encouraged people to come down and see the ‘cute koala’.

Wildcare Australia’s Amy Wregg immediately went down to the shopping centre and recruited the help of the centre’s security guard to control the crowd.

It then took over an hour for her to coax the stressed animal down from the tree.

‘We had a bit of an entourage filming us at some point, because they thought it was quite entertaining that there was a koala at a shopping centre,’ Ms Wregg told Yahoo.

‘He was very stressed and very vocal which isn’t the most pleasant sounding noise.’