Facebook demanded on Wednesday that President Biden’s new chair of the Federal Trade Commission Lina Khan be removed from its antitrust case against it, citing her history of accusing the social media giant of behaving unlawfully.

‘Chair Khan has consistently made public statements not only accusing Facebook of conduct that merits disapproval but specifically expressing her belief that the conduct meets the elements of an antitrust offense,’ it said in a formal filing.

Khan was appointed to head the FTC last month at a time when the Biden administration is under growing pressure to rein in the power of big business in general and Big Tech in particular.

She has a history of taking on internet giants, including working for a congressional antitrust panel that reported last year that lawmakers should take steps against vast online platforms. 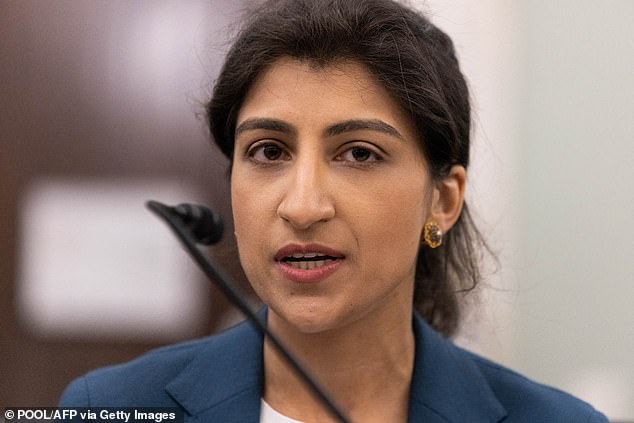 Lina Khan was confirmed as chair of the Federal Trade Commission last month. In Wednesday filing, Facebook said her history of anti-Big Tech comments meant her recusal was ‘necessary in order to protect the fairness and impartiality of the proceedings’ in an antitrust case against the company 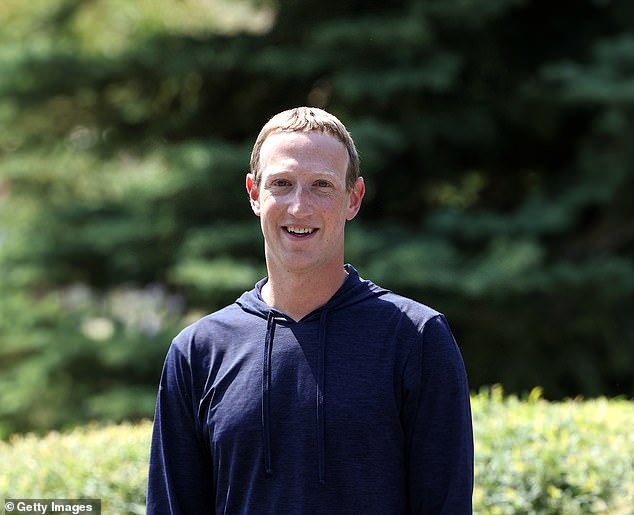 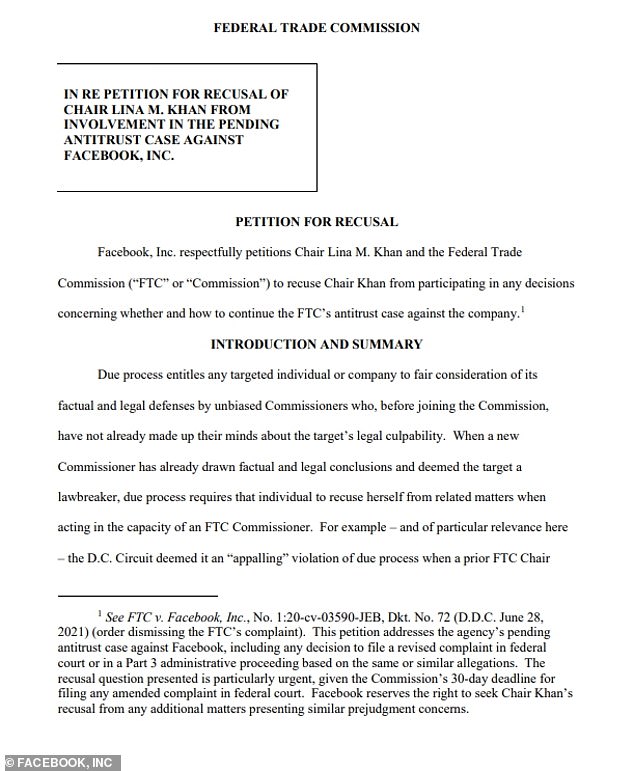 Facebook filed its recusal petition on Wednesday morning, saying Khan had already ‘deemed the target a lawbreaker.’ It follows a similar recent move by Amazon

In one of the interviews cited in the petition, she told the New York Times that Facebook was making ‘killer acquisitions,’ which could fall foul of rules designed to protect competition.

‘So that’s something that the report identifies that Facebook did in several cases.’

The petition quotes a string of her published articles and public comments.

‘Chair Khan’s statements – which are unsupported and contrary to law – convey to any disinterested observer that she has already decided the material facts relevant to the Commission’s pending antitrust lawsuit against Facebook, well before becoming a Commissioner,’ Facebook concluded.

‘Chair Khan has also already concluded that Facebook was liable under the antitrust laws. Thus, Chair Khan’s recusal is necessary in order to protect the fairness and impartiality of the proceedings.’

The FTC sued Facebook in December, accusing the social media platform of breaking antitrust laws in its purchase of photo app Instagram and messaging service WhatsApp.

It alleged that Facebook was guilty after monopolistic practices by buying competitors to prevent them competing with its market position. Facebook denied any wrongdoing. 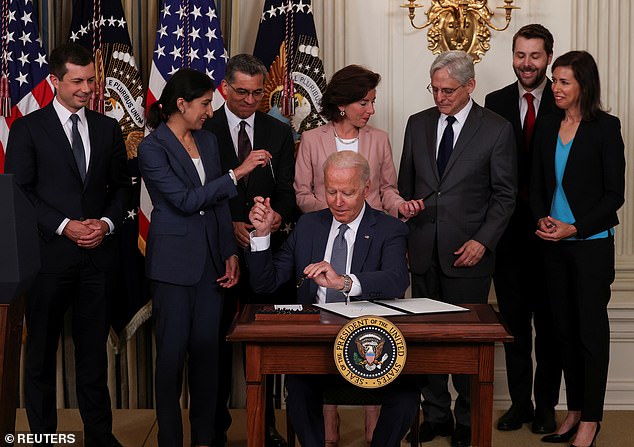 When Biden last week signed an executive order designed to boost competition, including among social media giants, he handed the pen to Khan

The case was dismissed by a judge in U.S. District Court for the District of Columbia last month. However, he gave the FTC 30 days to file a fresh petition.

That puts Khan at the heart of a decision about whether to fine an amended complaint.

The FTC declined to comment on Facebook’s recusal filing.

Facebook’s recusal petition follows a similar move by Amazon, which said her past criticism of the company’s reach meant she was not impartial.

It comes after Biden on Friday signed a sweeping executive order with 72 initiatives meant to boost competition – declaring himself a ‘proud capitalist’ as he undertook a special effort to impose competition on Big Tech and other market powerhouses.

‘Rather than competing for consumers, they are consuming their competitors,’ he said.