Two spearfishers have recorded the horrific moment they were caught in the middle of a shark feeding frenzy while diving off the coast of Western Australia.

In a video shared by Nine News, one diver is seen shooting a fish with his speargun, immediately attracting a hungry shark.

The predator is seen swimming off with the fish still attached to the end of Mr Hoad’s shooting line, causing the wire to wrap around the diver’s neck.

Struggling to release the tension and swim to the surface, a second shark appears, biting at the diver’s ankles.

His diving partner Mr Hodgkinson tries to intervene while also fighting off a bull shark, as it sinks its teeth into the rubbers of his speargun. 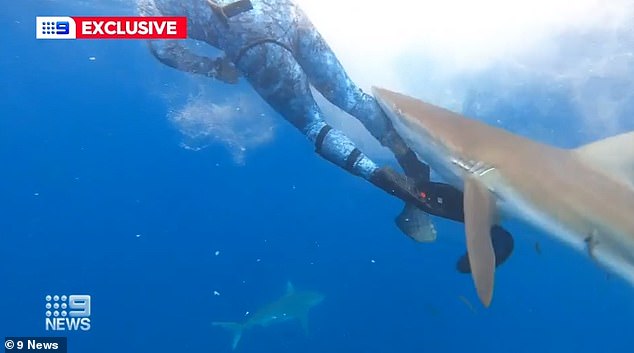 ‘They saw my fins, there was chum all through the water and they started turning on both of us,’ Chris Hodgkinson told Nine.

Footage shows the shocked men eventually made it back to the surface, panting while they desperately climbed back onto their boat.

The predators are believed to be a mixture of tiger and bull sharks, which could have seriously injured both divers. 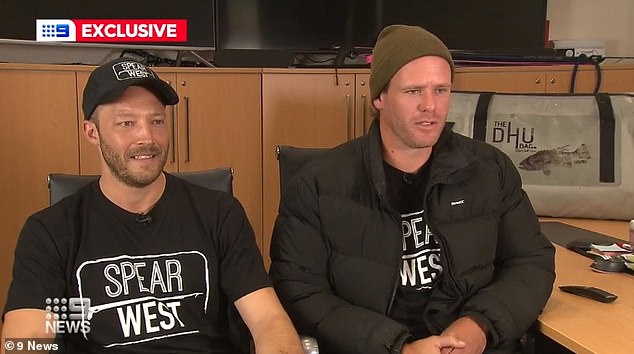 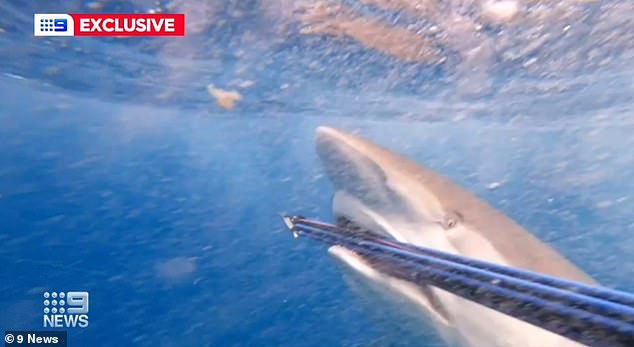 ‘Because they bite on the leg, that’s where the arteries are, and the victim can bleed to death before he or she gets out of the water,’ Mr Edwards said.

Escaping from the terrifying ordeal both divers agreed things could have been a lot worse.

‘I guess things could’ve been a lot better as well,’ Mr Hoad added.