A mother-of-two who is locked inside a Bondi apartment complex after eight residents tested positive to Covid-19 says the children in the building are going ‘crazy’ – and she’s not even allowed to take her garbage out.

Dozens of people living in the 29 units on Botany Street in Sydney’s eastern suburbs were plunged into isolation on Saturday after people across five households returned positive test results amid the city’s outbreak, which grew by 89 on Tuesday.

One frustrated occupant who is now banned from leaving home for two weeks wrote a note on their window: ‘Where is the vaccine?’

Chief health officer Dr Kerry Chant said on Monday that the source of the infection has been identified and those with the virus have been evacuated to a medical facility so they don’t spread it – but residents say they haven’t been told.

A local mum who lives in the high-rise with her husband, toddler and newborn and said she only found out how many people in the building had the Delta variant by watching the news – two days after they were all thrown into isolation.

‘We were contacted by the building strata manager on Saturday to say there was a Covid case in one of the units, and not to leave the house,’ she told Daily Mail Australia. 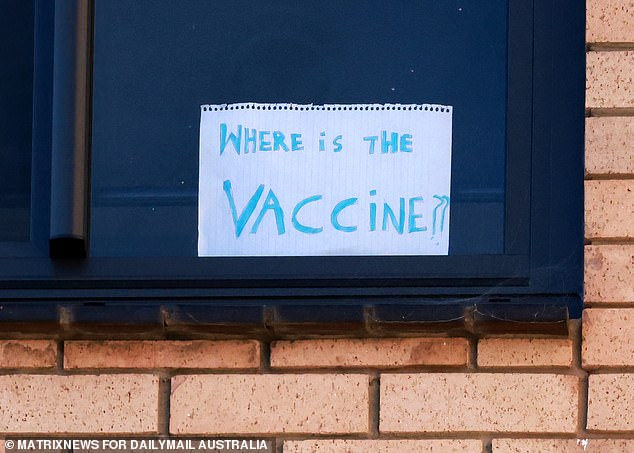 One frustrated resident  who is banned from leaving the block for the next two weeks wrote ‘where is the vaccine?’ on their window 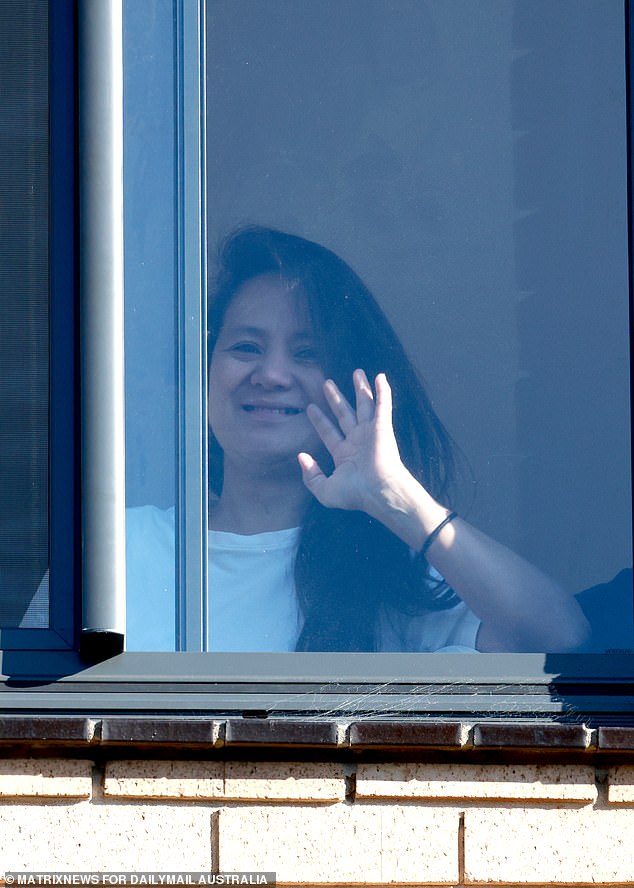 Pictured: A woman waves at photographers from inside her apartment. People from 29 units have been banned from leaving 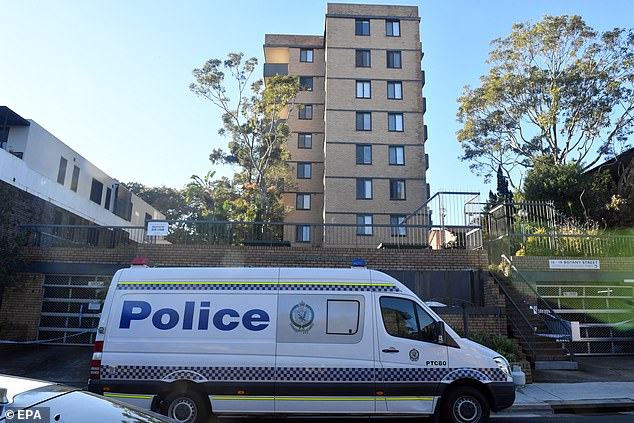 Pictured: The apartment complex on Botany Street in Bondi, which has been completely locked down

Two more stern emails arrived over the next few hours instructing all residents not to leave the building under any circumstances – the last of which was from NSW Health letting them know nurses would be coming through and swabbing occupants.

Squads of nurses arrived at about 7.45pm on Sunday and started testing everyone. They will be tested again on Saturday.

‘I spoke to someone from the Public Health Unit on Sunday and they told me there were multiple cases inside the building, but I found out how many cases there were by watching the news,’ the mum explained.

Each floor of the complex has about four apartment doors each, which she said means the virus spread throughout multiple floors – probably through common areas, like the elevator.

But again, residents are frustrated because they say they haven’t been given any information. 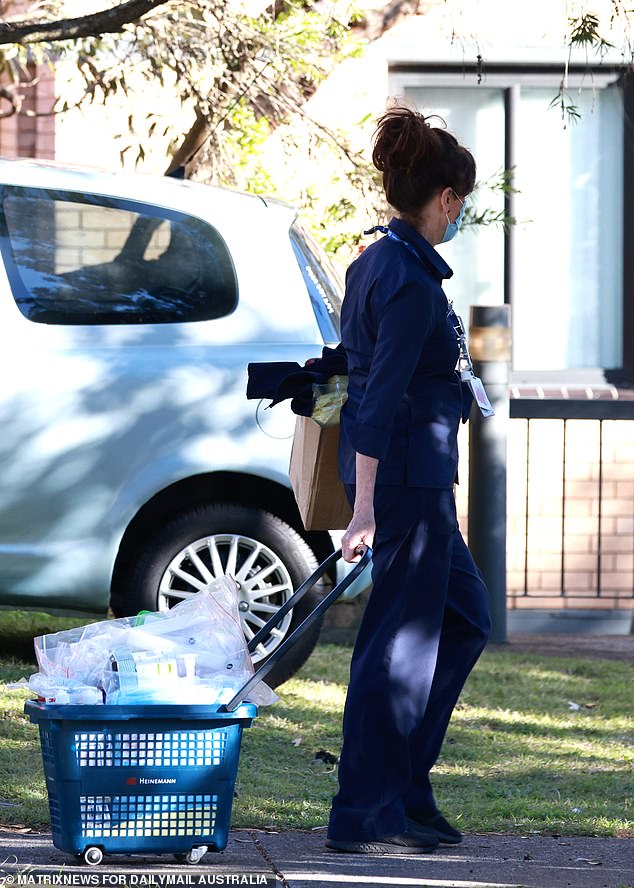 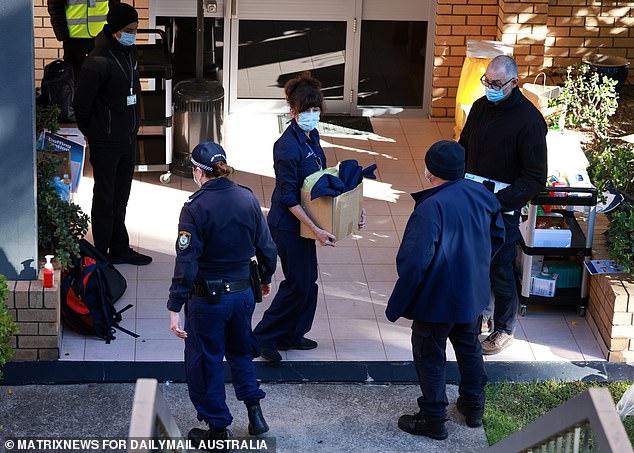 Police have been swarming the entrance to the apartment block, which occupants say is onimous 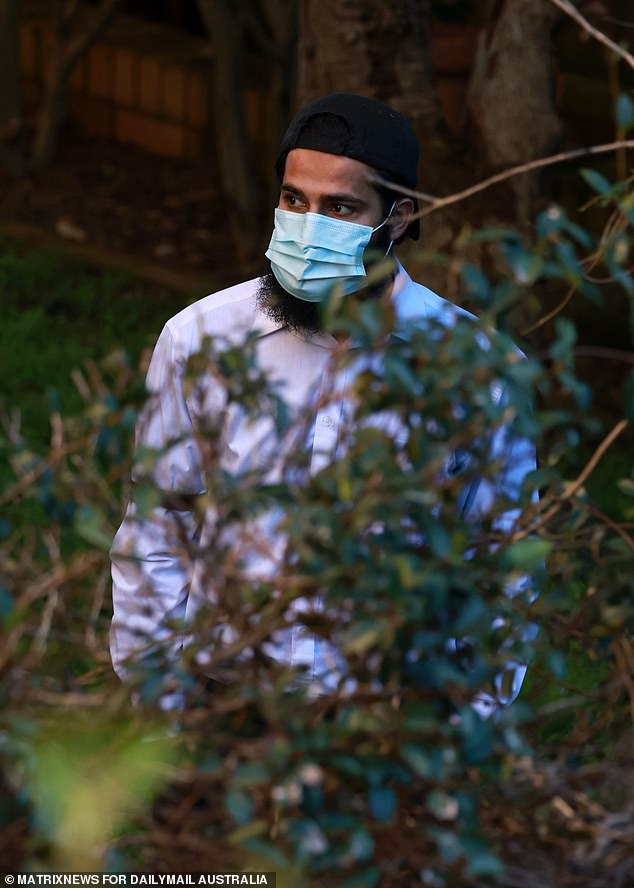 Pictured: A man wearing a face mask outside the apartment complex on Botany Street in Bondi

Elsie is 74 and has lived in the building since 2002, and is deeply concerned about contracting the Delta variant and is concerned the building was not locked down fast enough.

‘We were told not to leave our homes on Sunday, but we could all still hear the elevator going – it was delivery people coming and going with food, before the place had been deep cleaned,’ she said.

The elderly woman called authorities to let them know people were coming and going – and police were stationed at all entrances to the building hours later.

‘It’s definitely confronting to see,’ the mum-of-two said. ‘But I think it’s necessary – one case in the building is one too many, but it’s day three – we’re going a bit crazy.’

Residents have been forced to leave piles of garbage on their balconies because they’re not allowed to take them out to the communal bins.

When there is a food delivery, police leave it inside the entrance to the building and contact the recipient to collect it – ensuring only one person is in a communal area at one time. 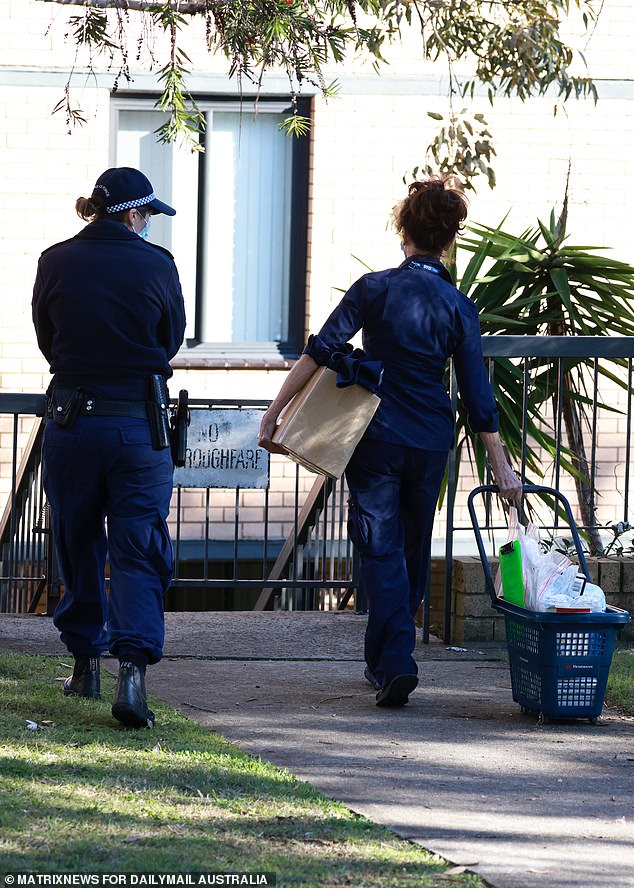 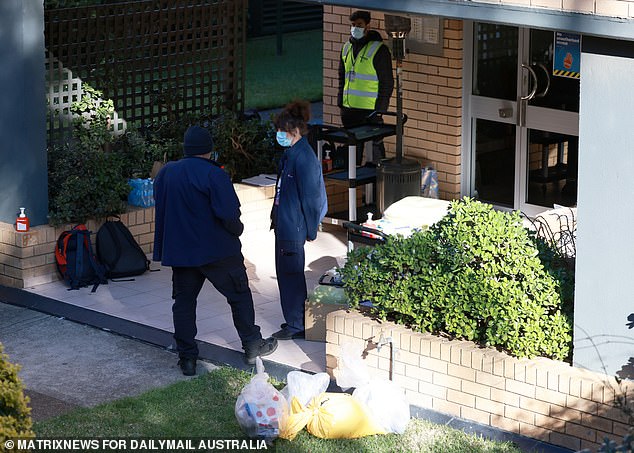 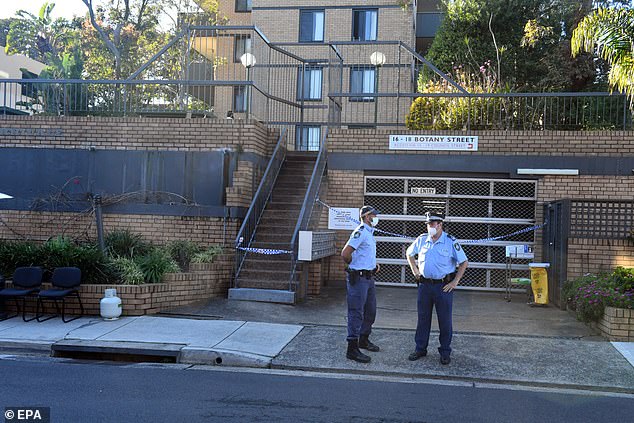 Dr Chant said residents who are considered close contacts were ordered to quarantine at home for 14 days.

‘This is a reminder of the risk that Covid poses and why we were requiring masks… in indoor common property areas of residential premises and also discourage social gatherings or any gatherings across household groups in those apartment buildings as well,’ she said.

‘Even if you’re going to get your waste disposal, other points of contact, please see that as a risk as well and please make sure you have got your mask affixed and you keep that social distancing.’