New Health Secretary Sajid Javid has taken a cheeky dig at Matt Hancock for getting caught having an affair on CCTV.

Mr Javid, who replaced the disgraced MP last month over the scandal, joked about the infamous camera which captured his predecessor kissing and groping an aide.

Speaking at a local government conference today, Mr Javid said: ‘I hope my camera is on… I mean the one on my laptop, not the one on the ceiling.’

He made the remark, which prompted nervous chuckles from the panel, from his new office at the Department of Health, where Mr Hancock and Gina Coladangelo were caught in the act.

The footage, captured in early May but only published a fortnight ago, showed the former Health Secretary flagrantly flouting his own social distancing rules.

Mr Hancock was forced to resign on June 28, three days after the video surfaced and made national headlines.

The clip also sparked wider questions about national security, with many ministers revealing they were not aware they were under constant surveillance.

Mr Javid has previously swiped at Mr Hancock, liking a meme on social media which suggested he installed the camera himself as a ploy to get the gig.

The former Chancellor and Home Secretary has since revealed the CCTV camera in the Department of Health has been disabled ‘for security’ purposes. 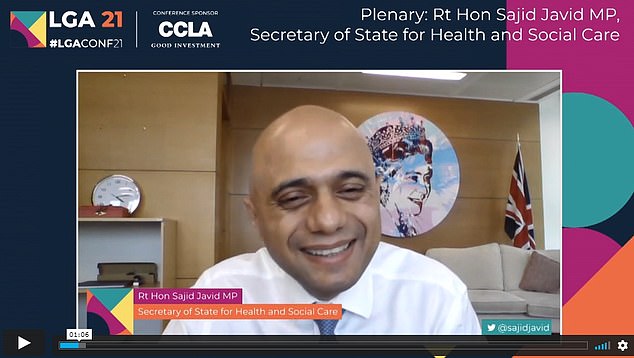 Not-so-subtle dig: The new Health Secretary giggles after taking a cheeky swipe at Matt Hancock for getting caught having an affair on CCTV 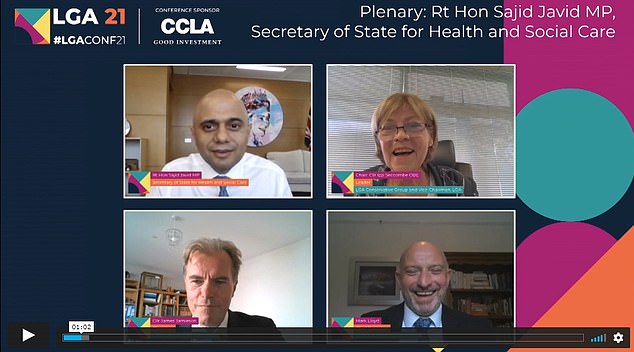 Deadpan: He made the remark with a completely straight face, prompting nervous chuckles from the panel (shown) 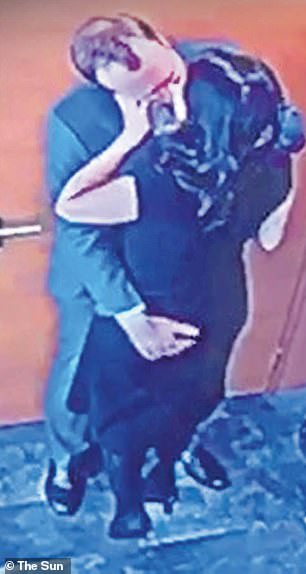 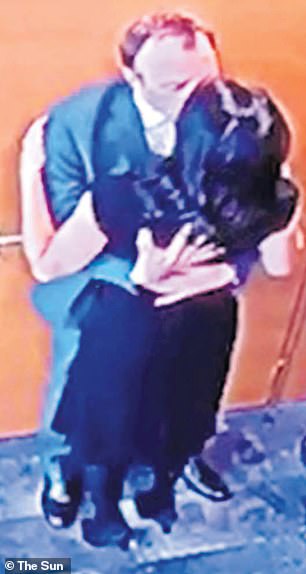 Caught in the act: This is the image that forced Matt Hancock to resign. It was captured in May, when it was still illegal to hug others

Mr Javid appeared to take a few more subtle jabs at Mr Hancock, claiming that he ‘hadn’t found it easy’ watching the pandemic response ‘from the sidelines’.

The five-time Cabinet minister, who was housing, communities and local government minister from 2016 to 2018, also pointed out that there hadn’t been a health secretary that ‘actually had experience in local government’ in 100 years.

Unlocking on July 19 is a ‘dangerous and unethical experiment’

More than 100 top scientists and doctors have accused Boris Johnson of conducting a ‘dangerous and unethical experiment’ by pressing on with July 19’s unlocking.

In a letter in The Lancet, the experts have demanded the Government reconsider its plan to abandon all restrictions in England this month, describing it as ‘premature’.

They warned that going ahead with Freedom Day despite accepting there could be hundreds of thousands of infections each day is both ‘unethical and illogical’.

Allowing Covid to rip through the country will leave ‘hundreds of thousands with long-term illness and disability’ due to the effects of the virus itself, as well as long Covid, they said.

The letter has also been signed by several of No10’s own expert advisers, including Professor Susan Michie and Professor Stephen Reicher, highlighting the rift within SAGE over the July 19 unlocking.

Mr Javid is considered to be more of a lockdown ‘hawk’ than his predecessor, who was much more in favour of lockdowns.

Speaking about Covid at the Local Government Association conference today, he revealed he was ‘very comfortable’ with pushing ahead with July 19’s unlocking.

But Mr Javid, who said earlier in the week there could be 100,000 infections a day next month, accepted there would be ‘a lot’ more cases.

‘We feel very comfortable with the plans we have set out, despite the rise we are going to see in infections,’ he said.

‘But it’s the vaccine that’s working and that’s what gives us the confidence. The vaccine is doing its job, it truly is a wall of defence we’ve built.’

He sympathised with people who were anxious about lifting all restrictions in one go later this month but added: ‘I’d ask them to think… if you don’t start opening now, then when?’

Echoing comments made by Professor Chris Whitty Boris Johnson at a Downing Street press conference earlier in the week, he added: ‘All the public health officials that we have, the scientists, our epidemiologists are saying that it’s much better to open up going into the summer – for lots of reasons – than just waiting to do it in the winter.’

Professor Whitty explained on Monday that there will be a spike in cases no matter when curbs are dropped and that it would be better to get it out of the way when the NHS isn’t busy.

Mr Javid also warned that this winter’s flu season could be more challenging than previous years due to a lack of confidence in the vaccine and low natural immunity due to lockdown.

He said the potential problems from flu underlined the need to lift the remaining coronavirus restrictions in England this summer rather than risk a wave of Covid cases coinciding with the annual NHS winter pressures.

This winter ‘we have a much lower level of immunity than we normally have’ to flu because of the lack of cases in 2020 and 2021.

And the development of a vaccine is usually helped by examining cases in the southern hemisphere winter but ‘there wasn’t much flu going on there either’.

‘So it means that although there is a vaccine, scientists have a lot less confidence in that vaccine than they normally do,’ he said.

‘So you put all that together – we’ve got all the flu pressures that you would normally expect and obviously Covid still around – so we do need to start opening up.

‘We feel very comfortable with the plans we have set out, despite the rise we are going to see in infections.’

Mr Javid said cases would be ‘a lot higher’ by July 19 and ‘into August they are going to be even higher than that’, but the vaccines were working.

The Health Secretary indicated that demand for flu jabs could be ‘dramatically’ increased by the plan to offer Covid booster shots at the same time.