Jill Biden donned the dress she wore for her Vogue cover during a trip to Georgia to push people to get their COVID vaccine.

She toured a pop-up vaccination site at a Savannah high school with Senator Raphael Warnock.

Warnock, one of the state’s two Democratic senators who won a January special election, is up for re-election next year and already a top Republican target.

The first lady praised him repeatedly in her remarks.

‘You’ve been in the Senate what less than a year now. But gosh, look at all he has done. You know, you’ve already delivered for this state,’ she said, adding that Warnock invited her to come visit his home town.

Biden wore the blue Oscar de la Renta dress she donned in her cover shoot for the August edition of Vogue, where she was the subject of a flowery profile about her work as first lady. She often repeats her designer outfits. 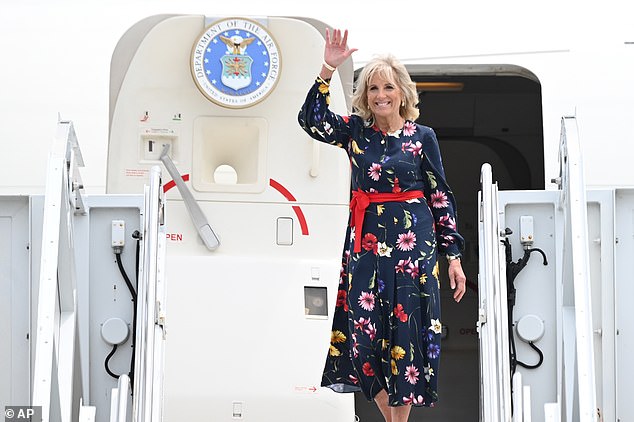 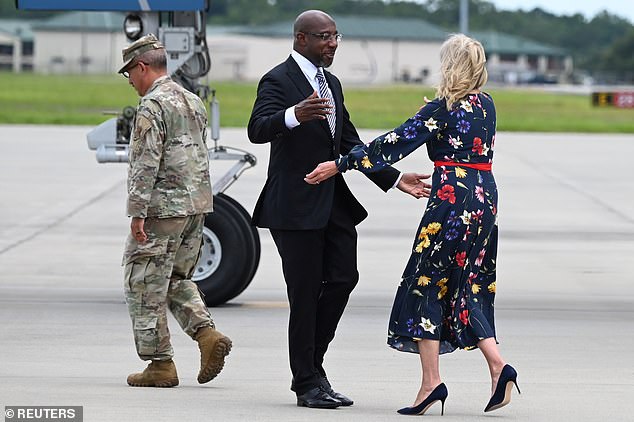 Jill Biden was joined in her COVID vaccine push by Democratic Sen. Raphael Warnock, who is a top Republican target in the 2022 elections 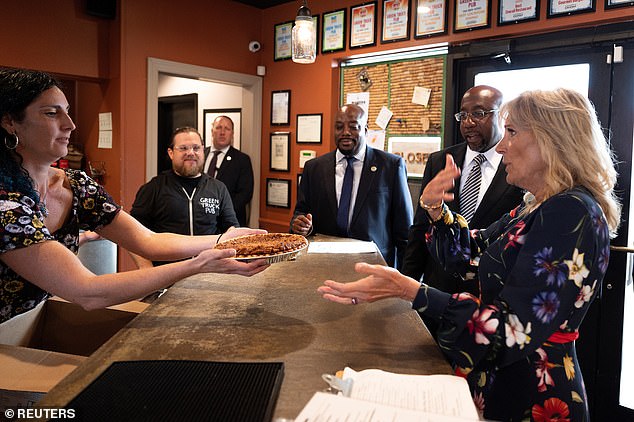 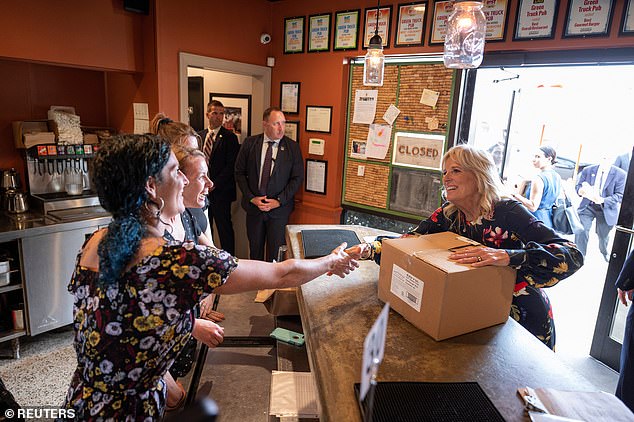 She has been touring the nation, focusing on states with low vaccine rates, to get more shots in the arms of Americans. Last week she was in Texas and Arizona while, the week before that, she was in Mississippi, Tennessee and Florida. 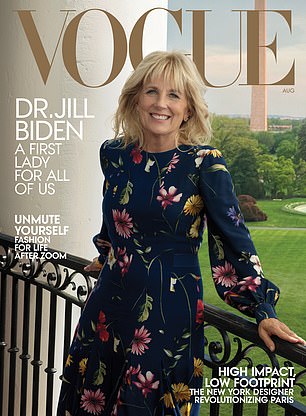 Georgia has 37% of its adults vaccinated and 44% have gone at least one shot, one of the lowest rates in the nation.

‘When you decide to get vaccinated, you’re protecting yourself and your community. You make it safer for your kids, your family members, your church friends, person by person, we can stop this virus together, but only if we all do our part,’ Biden said.

She also made an unscheduled stop at the Green Truck Neighborhood Pub to pick up some pecan pies.

The small diner was suggested to her by Senator Warnock, who said they have great pies.

Biden and Warnock toured a vaccine site at A. E. Beach high school.

There Biden offered to call the family members of a man after he said some of his relatives had gotten the COVID vaccine but some hadn’t.

‘Should I call them?’ the first lady asked.

He replied he might need to work on them a little. Biden told him she’d be ‘here for a little while’ should he change his mind and want her to call.

She thanked him again for getting vaccinated. ‘It means a lot, it really does,’ she says.

She also met with a mom and her two daughters – 18 and 15 – both of whom had just gotten their shots. The mom said the girls were nervous about it and the first lady thanked them for getting their dosage.

The Biden administration is pushing more shots in arms after President Joe Biden fell short of his target – at least 70% of adults partially vaccinated by July 4. Health officials are also worried about the Delta strain of the COVID virus, which is more contagious.

Warnock, meanwhile, is a top Republican target in the 2022 midterm election after his win in January’s special election – a victory that gave Democrats’ control of the Senate.

Walker is a Heisman Trophy winner and helped steer the University of Georgia to a college football national championship. Hugely popular in the state, Trump has been pushing him to run. 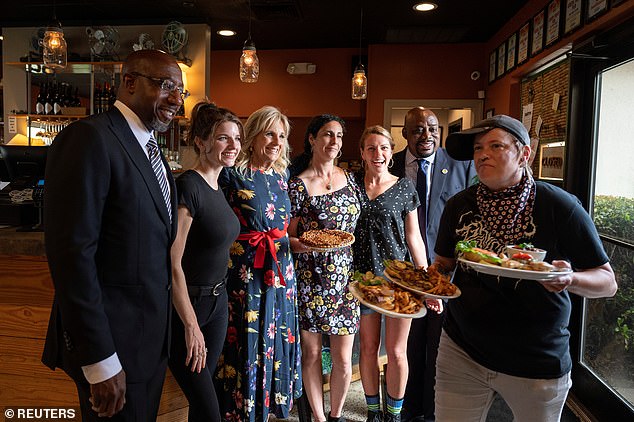 Jill Biden and Sen. Warnock pose for pics at the Green Truck Neighborhood Pub in Savannah 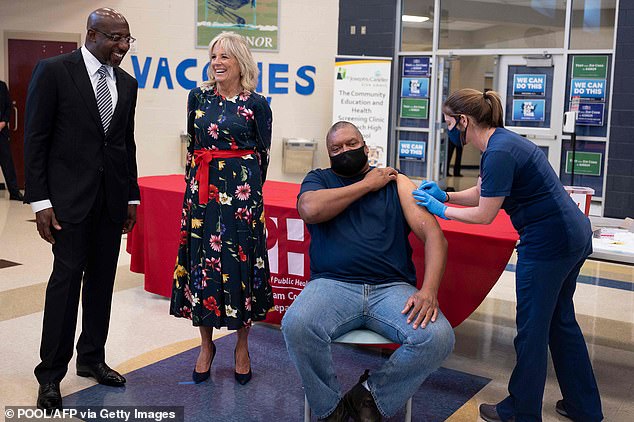 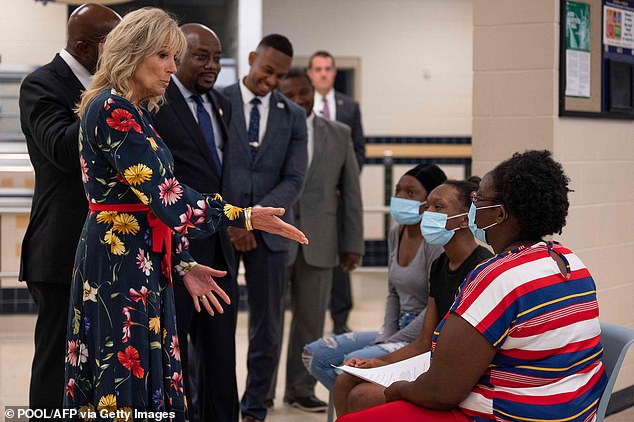 Loeffler isn’t ruling out a rematch.

‘I have not ruled anything out,’ Loeffler told Fox News in mid-June.

Georgia was a red state until President Joe Biden won it by less than 12,000 votes in the 2020 election – a result Trump contested.

In the wake of the presidential contest, Republicans in the state passed new voting rules that critics say make it harder for African Americans to vote. The Justice Department is suing the state over it.