Bulldog spirit: Persistent pooch tries to squeeze his favourite ball through tiny dog door – and he doesn’t give up for 15 minutes

This is the adorable moment an English bulldog repeatedly tries in vain to carry his favourite toy through a doggy flap.

Cyndi Hueth, 59, recorded the moment her beloved Doc refused to give up on taking his big green ball inside with him.

The retiree, from Sequim, Washington, said her pet has what she calls ‘bulldog tenacity’ – so much so that he spent 15 minutes trying to get his toy through the door.

In footage shared online, the brown and white pooch can be seen holding the large ball by its handle. 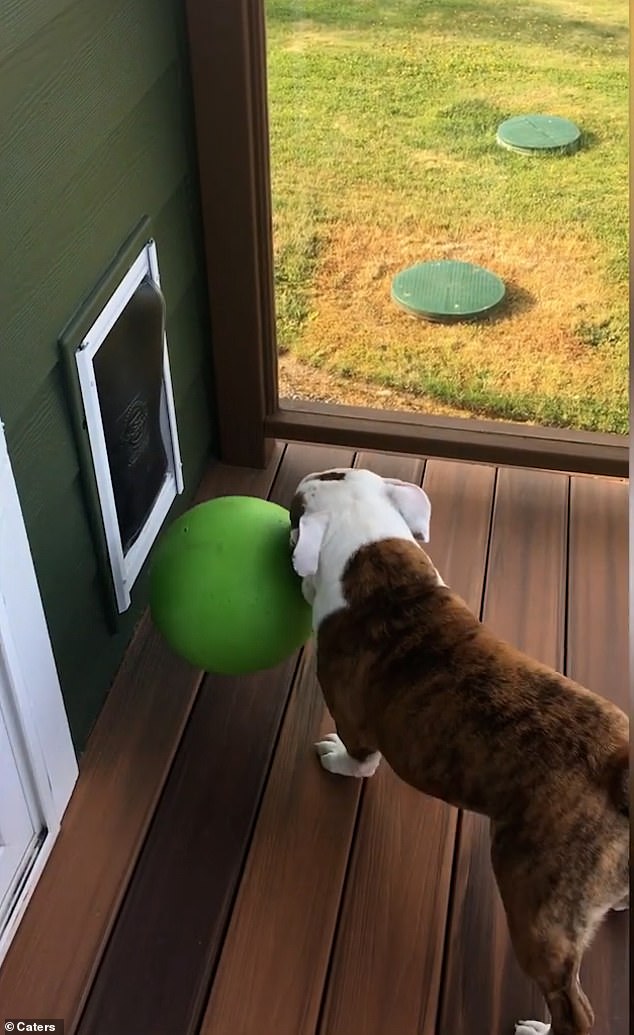 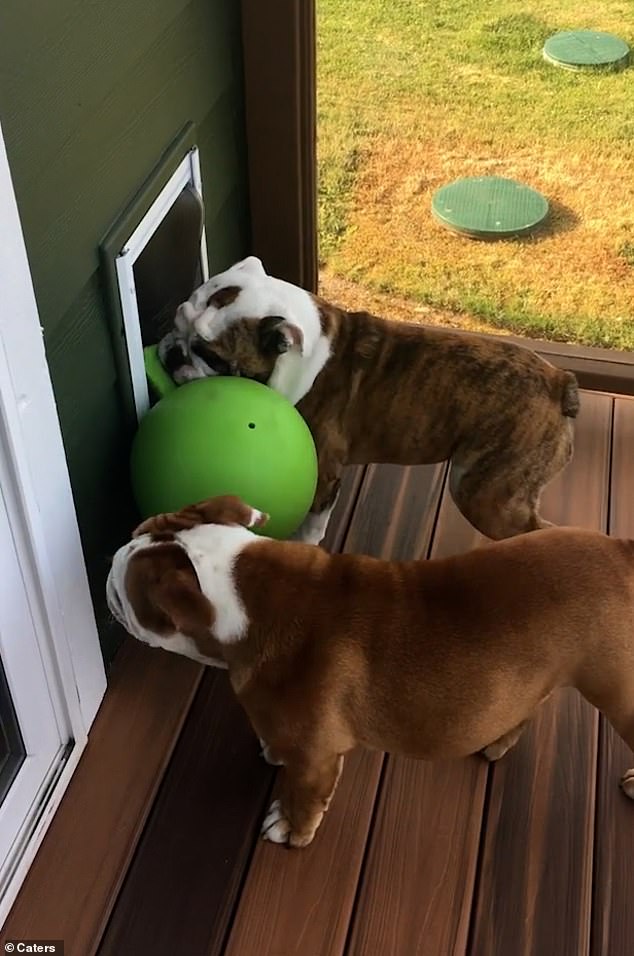 Doc the English bulldog tries in vain repeatedly to take his toy inside, with the help of sibling Fiona

He then sizes up the dog flap, seeming to ponder whether or not he can fit through it.

Despite the ball next to his face being bigger than his head, Doc attempts to enter the dog flap, but fails.

He is then seen walking away from the hole in the wall before returning for another attempt.

His owner said he repeated this process again and again for around 15 minutes before eventually giving up.

The video shows him being followed around by Cyndi’s other bulldog, named Fiona.

According to the American Kennel Club, Bulldogs were the fifth most popular dog breed in the US in 2020.

Much like Doc, they are described as being ‘friendly but dignified’ while their ‘sourmug face is the universal symbol of courage and tenacity.’

Tragically the breed has suffered in recent years due to overbreeding.

In 2020, the Dutch Kennel Club became the first international kennel club to ban the registration of new bulldog puppies.

The kennel’s move came after the Dutch government introduced new laws restricting the breeding of broad-skulled dogs who can suffer issues with breathing, their eyes and spines.