A woman heard a ‘terrifying’ scream in the early hours of the morning before seeing a ‘freaked out’ man running past her Tamworth home, a murder hearing has been told.

Another neighbour heard a female scream ‘like you see in the movies, the lady gets frightened and she goes ‘Aargh’.

Jesse Leigh Green, 30, is accused of the stabbing murder of his former neighbour, 22-year-old Teah Luckwell, in the early hours of March 28, 2018. 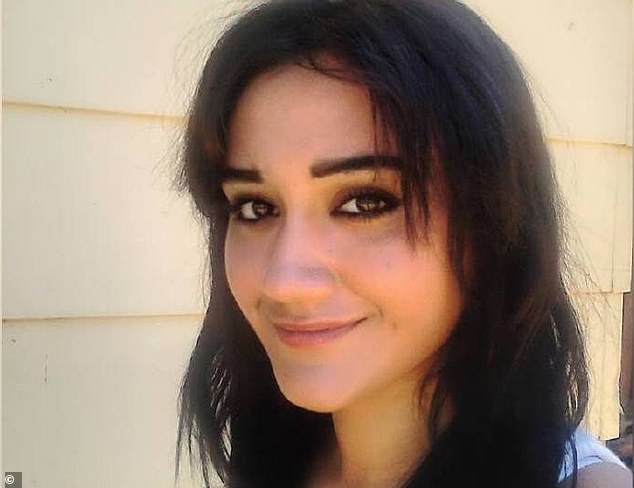 She was found that evening lying in a pool of blood just inside the front door of her Tamworth unit, while her baby daughter was unharmed.

Justice Stephen Campbell is conducting a special NSW Supreme Court hearing after Green was found to be unfit to stand trial.

He has been taken to have pleaded not guilty to the murder, as well as to break and enter and assault with a weapon said to have been committed at different houses on the same night.

Giving evidence on Tuesday, Donna Searle said she lived in Robert Street, while Ms Luckwell – whose name she did not know at the time – lived two doors away in a block of flats.

After being unable to sleep in the early hours of March 28, she was reading in bed when one of her three dogs made a ‘weird sort of growl’ and she heard a scream she will never forget.

‘It was very loud and it was terrifying,’ she said. 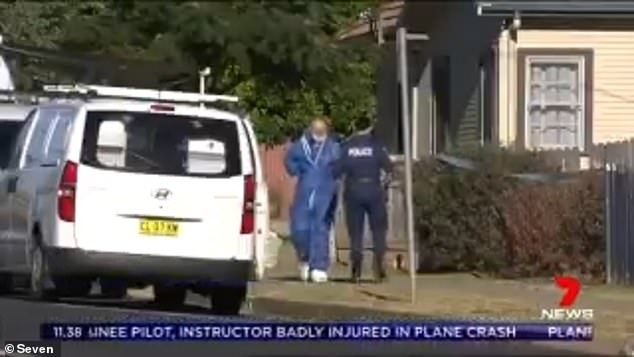 Jesse Leigh Green, 30, is accused of the stabbing murder of his former neighbour as a man was seen running away from the scene (pictured) while screaming, a court has heard

Although she had heard screams in the area before, this was only the second one which made her get out of bed and look out onto the street.

‘I saw what appeared to be a young guy running, trying to run – he was obviously affected by something,’ she said.

She went outside but didn’t see anybody but saw the clock said 4.20am. 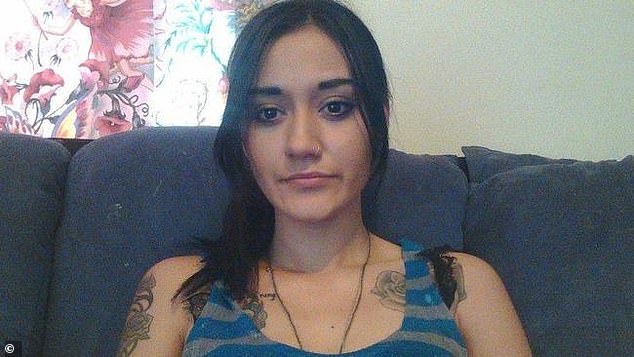 She was found in the early hours of March 28, 2018 lying in a pool of blood just inside the front door, while her baby daughter was unharmed

Adrian Kenny, who lived behind Ms Searle’s house, said he was up preparing for his early-morning shift when at around 4.20am he heard a bang, a scream and then nothing.

The movie-like female scream was within seconds of the bang, which sounded like someone kicking a fence.

The judge described Mr Kenny’s scream actions for the transcript as ‘putting his hands up and having a startled expression on his face’.

Mark Morgan said in the early hours on a date before Ms Luckwell’s death, he and a friend were walking down the street when a person walked across the road flashing a torch and flicking up his hood.

‘Me and Josh were pretty much spun out because of the actions of the person who was running across the road like they were up to something,’ he said. 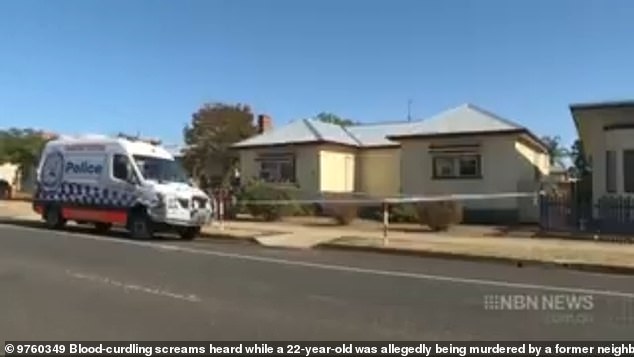 A neighbour heard a ‘terrifying’ scream in the early hours of the morning while getting ready for work, and another got out of bed to check the street before seeing a man fleeing the scene

Josh said ‘that looked like Jesse Green’, but Mr Morgan said he was not sure.

They walked ‘back to back’ thinking the guy might have a blade and come for them, Mr Morgan said.

He told his friend: ‘If this person runs at us, you grab the knife and I’ll bite his face off’.

Prosecutor Brian Costello has told the judge that Green’s alleged break-in and assault with a weapon the same night as the killing indicated he was minded to enter houses as a hostile intruder.

But his barrister Stuart Bouveng said there were 10 other people whose potential motive and opportunity to murder Ms Luckwell must be examined.

The hearing is continuing.