That’s some VIP section! Paul Pogba and Brazilian legend Ronaldinho hang out together in a Miami nightclub as the Man United star relaxes after France’s Euro 2020 exit with ex-Juventus team-mates Paulo Dybala and Blaise Matuidi

Paul Pogba, Paulo Dybala, Blaise Matuidi and Brazilian legend Ronaldinho were filmed embracing and joking as they partied together in Miami this week.

Pogba is currently enjoying some time away from football after competing in Euro 2020 with France before their shock last-16 elimination by Switzerland over a week ago.

The Manchester United star has jetted off to Florida with his wife, Maria Salaues, and their children before he returns for pre-season training, also spending time in Miami with some of his former team-mates. 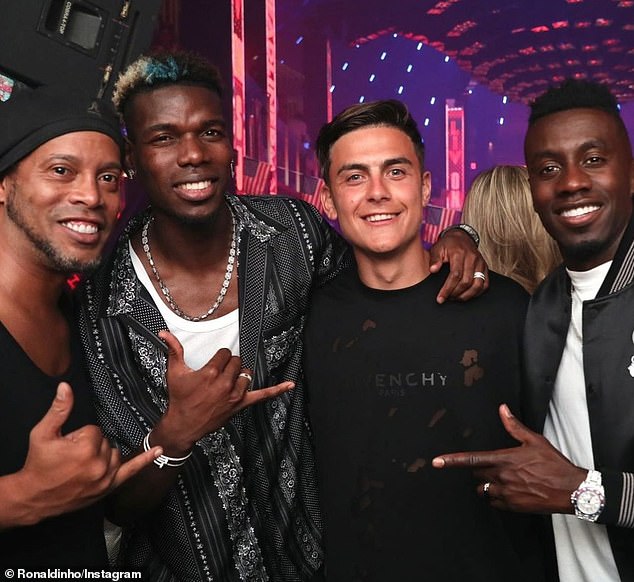 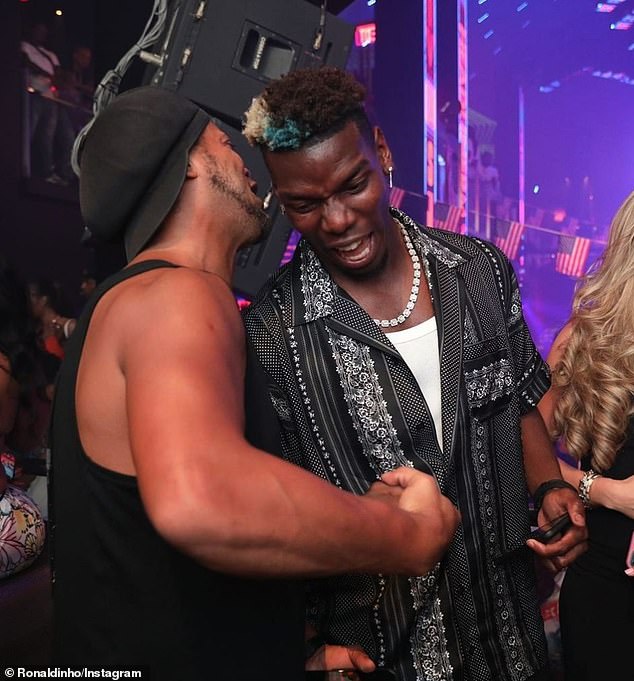 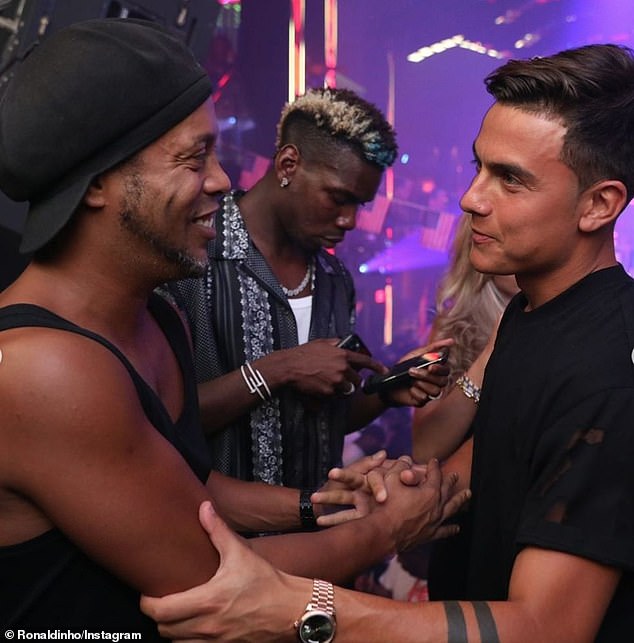 Pogba was pictured with ex-Juventus colleague Dybala on Sunday, who is not in Argentina’s Copa America squad because of fitness issues, and then the duo were seen out and about enjoying the city’s nightlife.

It appears the pair are also spending time with former Juventus midfielder Matuidi and the trio were later pictured hanging out with Ronaldinho in the famous Liv nightclub.

The posed for photos with the 41-year-old Brazilian star, the winner of the Ballon d’Or in 2005.

Pogba also uploaded a video of them chatting and joking around in the club on his Instagram.

Ronaldinho, who last year spent nearly six months in Paraguay over a fake passport scandal, is clearly having the time of his life in Miami

The former Barcelona, AC Milan and Paris Saint-Germain star also posted a photo of him and Manchester City defender Benjamin Mendy in STORY nightclub the day before. 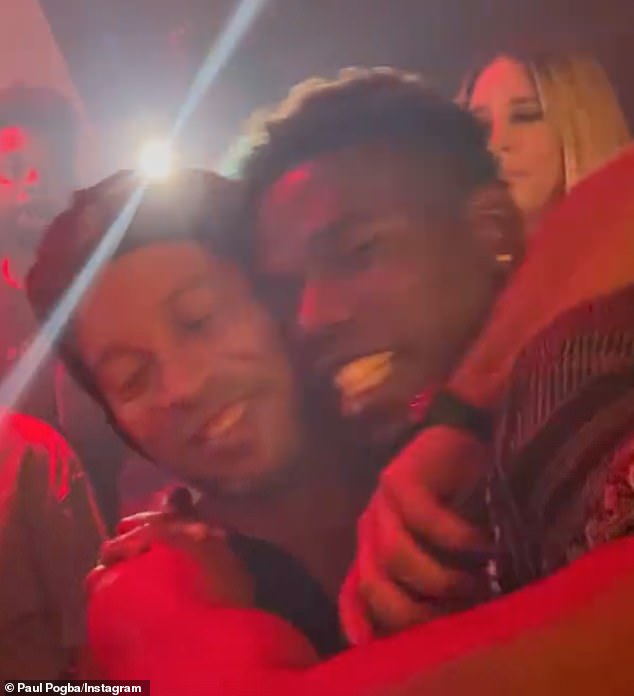 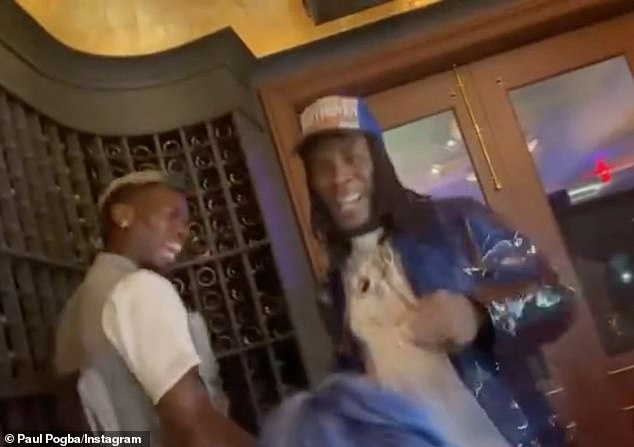 Earlier this week, Pogba was filmed spending time with singer Burna Boy on his trip to the US

Pogba, meanwhile, was filmed dancing and enjoying himself with singer Burna Boy earlier this week.

Pogba will be desperate to put the disappointment of France’s Euros exit out of his head after they were expected to win the tournament this summer.

The 28-year-old has been at the centre of several reports of arguments between various France players, as well as clashes between the stars’ families who watched on in the stands.

In the aftermath of the game, Veronique Rabiot, mother of Juventus midfielder Adrien, reportedly told Kylian Mbappe’s father to ‘reframe his son and make him less arrogant’.

She is also said to have asked Pogba’s family how he could have lost possession in midfield before the Swiss team countered and equalised and forced extra-time.

According to French Football News, players were involved in several rows during the defeat in Romania, with multiple flare ups occurring as Deschamps’ side were beaten on penalties. 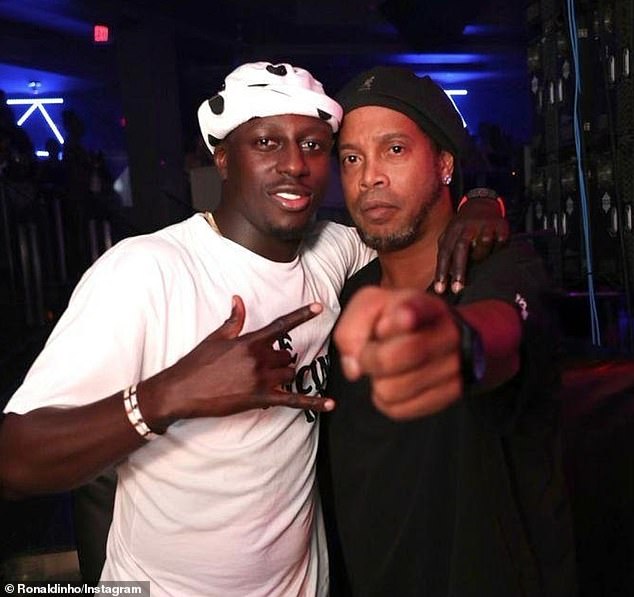 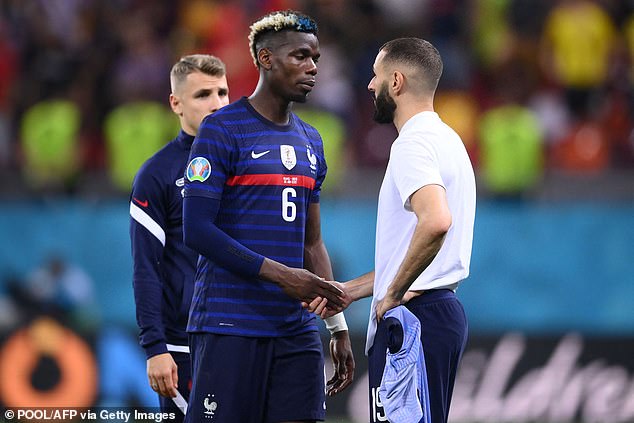 The French outlet reports that Rabiot and Pogba insulted each other throughout the match, with the Juventus star unhappy with the midfielder’s defensive efforts.

Pogba’s future is once again up for discussion this summer with PSG the latest club linked with a move for the United star.

He has just one year remaining on his big-money contract at Old Trafford, and so far steps have not been taken to commit his long-term future to the club.

Now, Pogba’s people have already started to plan for the next steps in the midfielder’s career away from United according to the Sun, citing reports in France.

It is further added, by RMC in France, that Pogba is ‘more than open’ to the move and would relish the prospect of joining PSG’s growing project.

United could be forced to cash-in on his signature this summer or risk losing him for nothing in 12 months’ time.

It would represent a huge loss for United, who broke the British transfer record to bring the Frenchman back to the club in 2016 for the price of £89million.