Netball star Maia Wilson has opened up about her battle with a crippling mental illness which saw her weigh herself six times a day.

The Silver Ferns shooter secretly struggled with her body image ever since a coach told her to lose weight at age 15.

In a candid Instagram post, Wilson shared comparison shots of her body last year at her ‘skinniest’ against her now ‘healthy’ physique after doctors advised her to put on weight.

The Northern Stars captain detailed how the request as a teenager sparked an unhealthy obsession with trimming down and ‘created some of my worst inner demons’. 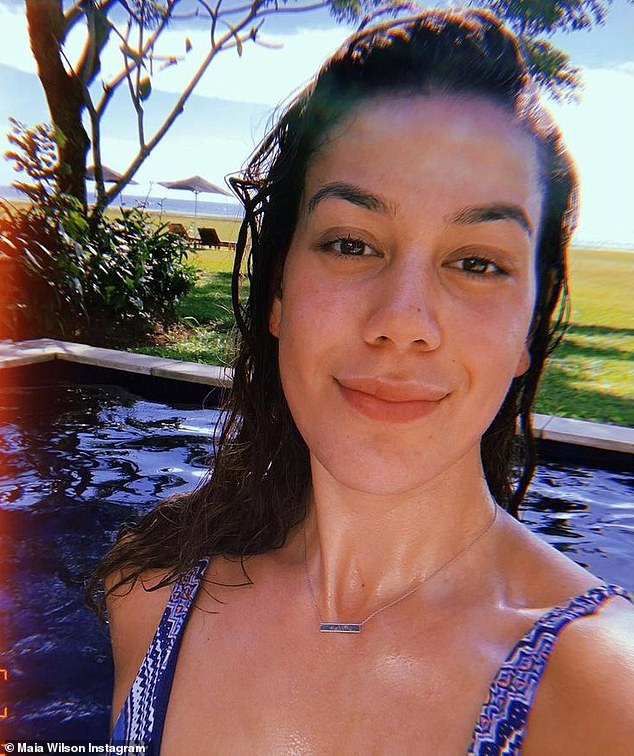 ‘From that day on the scales became my enemy,’ the 23-year-old wrote.

‘I remember when I wouldn’t eat or drink if I was going to see the nutritionist because it would be make me “heavier”.

‘I created the narrative that the more weight I lost, the fitter I would be, and for someone who struggled making fitness targets which would lead to non-selection, you best be sure I wanted to be the “lightest” or “skinniest” I could.’

Standing 187.5cm tall, Wilson said she never fit the typical athlete’s aesthetic and began to compare herself to peers as she grew older.

She would become jealous because others could ‘eat anything under the sun’ without it showing, while she was ‘strict and obsessive’ with her diet and would feel guilty after one treat.

Eight years after she was urged to slim down, Wilson was stoked when she reached her ‘lightest’ and what she thought was her ‘fittest’ point during Covid lockdown last year. 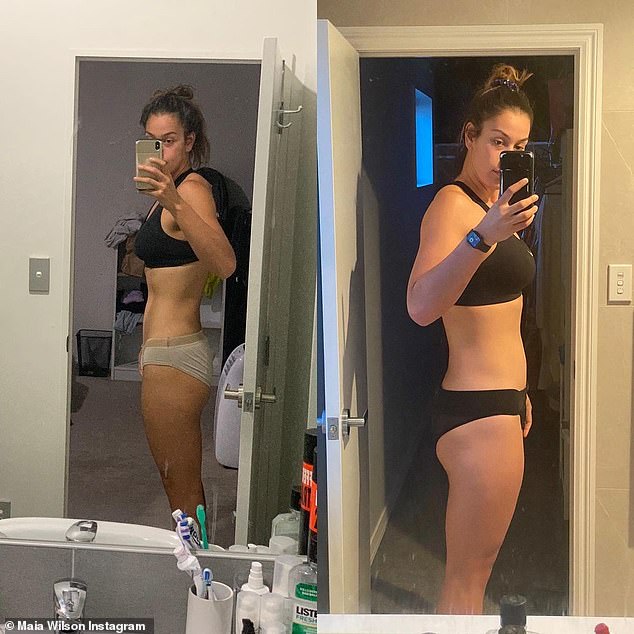 The Silver Ferns shooter shared comparison photos of her ‘lightest’ point (left) against her now healthy physique (right), but says she still battles with her weight mentally

But in a bid to stay slim, she admitted to weighing herself frequently to ensure it did not put weight back on.

‘I had hit what I thought was the jackpot,’ she wrote, referring to the first photo.

“Coming out of lockdown I was on a high, got a PB on the yoyo and was playing some good netball.’

‘I was so obsessed about coming out of lockdown without putting on weight and at least maintaining fitness that I started weighing myself six times daily to make sure I was staying “on track”,’ she said.

But Wilson soon started to feel the physical impacts of pushing her body to the limit.

‘A couple of weeks in I started feeling exhausted after the first quarter and had lost my period for four months, I knew something wasn’t right,’ she said.

‘It was then I was told I needed to put weight on as I was too lean with bugger all body fat. Imagine being advised for eight years to continually lose weight, to then be told you now need to put on.’ 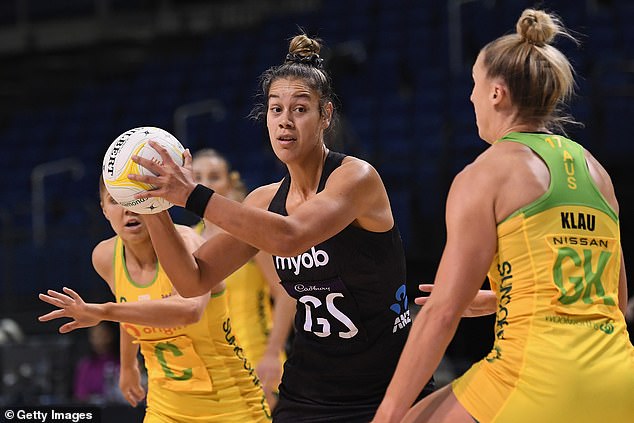 Although Wilson agreed there was a time she did need to ‘drop a few kilos’, she said being cautioned about her appearance ignited long-lasting mental health impacts.

‘I constantly feel fat and even though I know I’m healthier and performance wise I’m in a better state to do my job, I hate the way I look. In the left photo, it wasn’t sustainable for health or performance. In the right photo it is,’ she said.

‘But [now] instead of battling physically, it is a raging storm in my head.’

Wilson said she was speaking out about her experience to help others, because she knows she’s ‘not alone’.

At the end of the post, she assured fans she was getting help but ‘it’s gonna take time to break down my inner demons’.

Wilson was in New Zealand’s national netball team by the end of her 2016 debut season.