A conversation captured from the first day of Real Madrid’s pre-season training appears to confirm that out of favour midfielder Isco will be sold this summer.

Carlo Ancelotti took charge of his first training session in his second stint as manger of the Spanish giants on Monday as they begin life after Zinedine Zidane.

Fitness coach Antonio Pintus played a key role in the session as he looks to bring the Real players up to full speed before the LaLiga season kicks off later this summer. 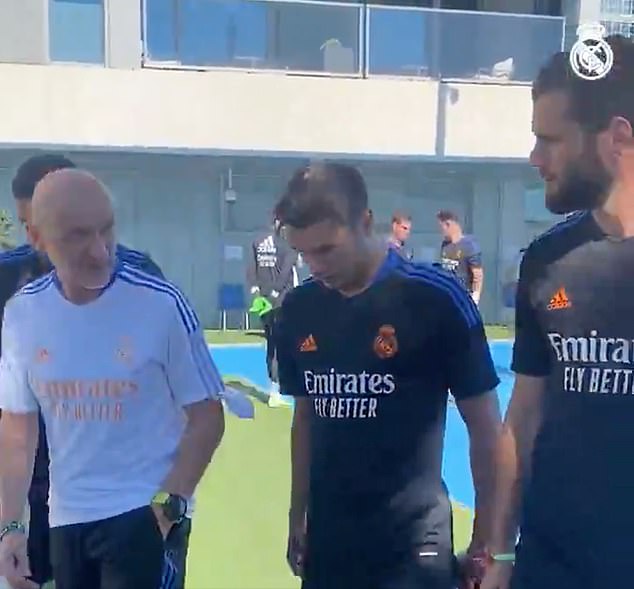 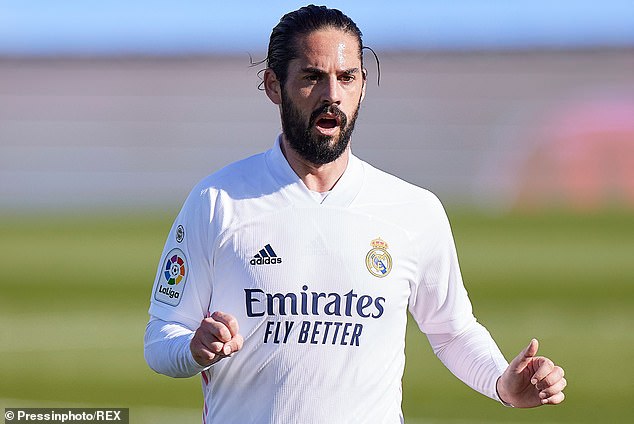 But it was a seemingly innocuous chat between the Italian coach and Spanish defender Nacho that hinted Isco could be leaving the Bernabeu in the coming weeks.

Footage of the training session uploaded to Real’s social channels showed the pair talking about the 29-year-old’s future.

According to Marca, Pintus can be heard saying ‘Isco, Isco’ before Nacho responds: ‘But it has already been fixed’, implying he is heading out the door.

This entire conversation took place in front of Brahim Diaz, who spent last season on loan with the Italian giants. 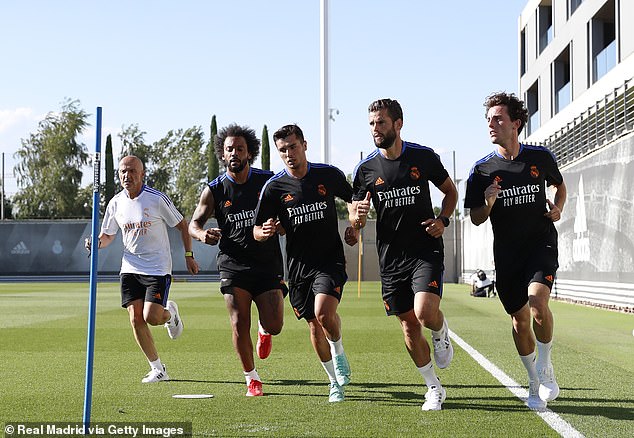 Italian outlet La Gazzetta dello Sport reported earlier this week that AC Milan want to sign Isco as they seek a replacement for Hakan Calhanoglu, who has joined rivals Inter.

Milan have tried to sign Isco a number of times in the past but were unable to pull off a deal because Real wanted a fee that the Italians couldn’t afford.

But Real are desperate to raise funds this summer and reduce their bloated wage bill, meaning a deal is more likely to be struck this time around.

Real have put a €20million (£17m) price tag on the playmaker because he has just one year left on his current contract and they do not want to risk losing him for nothing in 12 months. 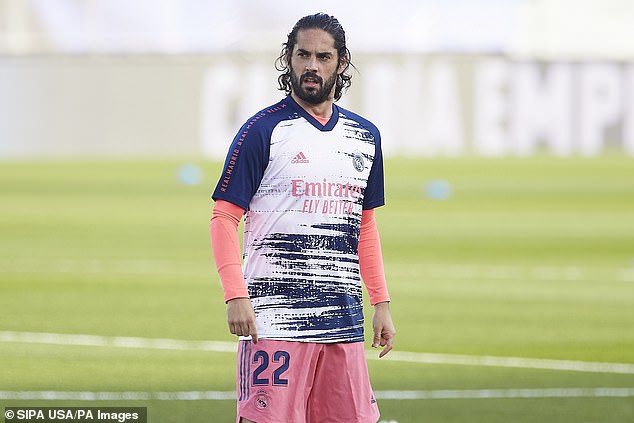 Isco was not at training on Monday and fell way down the pecking order under Zidane at the Bernabeu last season.

He played jut 29 times last season, wracking up a total of 1,092 minutes, and was actively seeking a move away from the club in the January transfer window.

Ancelotti’s arrival has not affected Isco’s standing within the squad and the club are adamant he will be leaving in this transfer window.

AC Milan have also shown an interest in Luka Jovic, Diaz and Alvaro Odriozola this summer as they prepare for a return to the Champions League.