By James Robinson for MailOnline

A murder suspect has today appeared in court for a second time over the fatal stabbing of a 60-year-old man in central London.

Mr Dempsey died in hospital following the incident, in which two heroic skateboarders are said to have intervened.

One of the skateboarders is said to have used his board to ‘subdue’ the alleged attacker.

Today Fanta appeared at the Old Bailey via video-link from Wandsworth prison. 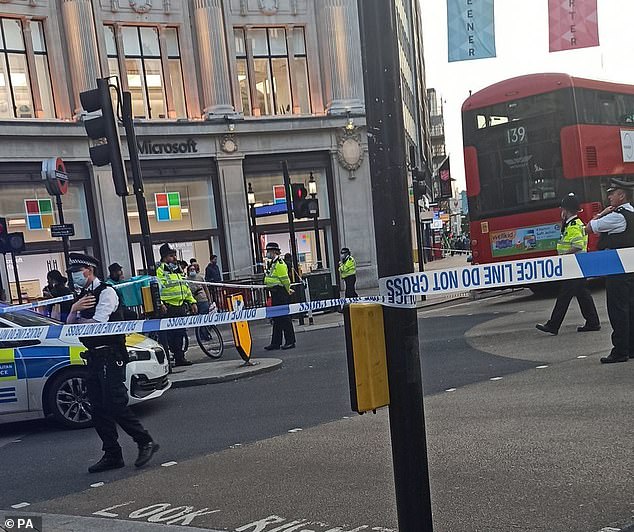 Prosecutors allege that Eritrean national Tedi Fant, 25, fatally stabbed Stephen Dempsey in a ‘completely unprovoked’ attack outside the Microsoft store in Oxford Circus (pictured: Police at the scene) on July 1

He was wearing a grey prison-issue jumper and stood through most of the hearing.

Speaking at the hearing The Recorder of London, Judge Mark Lucraft, QC, said: ‘This is an allegation of murder by stabbing in Oxford Circus.’

Fanta, of Elgin Street, Swansea, is charged with murder and possessing an offensive weapon.

He was remanded in custody ahead of a plea and trial preparation hearing on 21 September.

Following the incident, police released an image of the two brave skateboarders and appealed for them to come forward.

The Metropolitan Police said in a statement that the two men had ‘led the intervention to apprehend the suspect following the attack’. 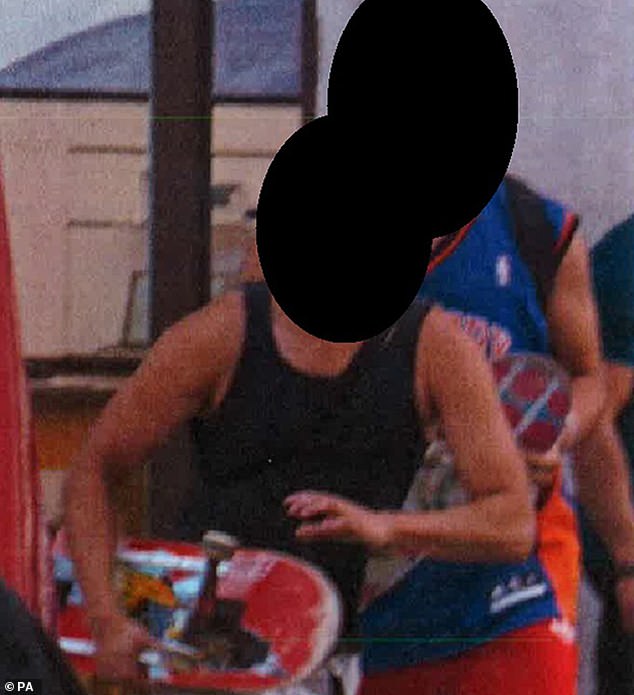 Following the incident, police released an image of the two brave skateboarders and appealed for them to come forward

However they said the men  did not stay at the scene to speak with police.

Detectives only discovered the ‘key role’ they played after reviewing CCTV and other video footage of the incident and its aftermath.

Mr Dempsey’s mother, Beryl Dempsey, later described the men’s actions as ‘heroic’ and urged them to come forward and speak to police.