Lorry driver, 26, who killed father expecting his fourth child when he crashed into his van after being distracted by his mobile phone is jailed for three years 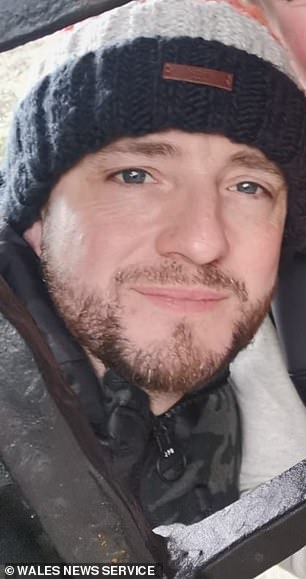 Ben Partis, 38, was killed after the lorry ploughed into his van back on June 8 last year

A lorry driver has been jailed for killing a father expecting his fourth child – after being distracted using his phone behind the wheel.

David Platt, 26, had been using his mobile to take photos, make phone calls, and search the internet while driving his HGV.

Platt was speeding when the fully-loaded lorry – carrying 30 tonnes of animal feed – ploughed into a van driven by Ben Partis, 38.

A court heard Ben’s heartbroken fiancé Sophie Hickinbotham was pregnant with his fourth child at the time of the crash last June.

Sophie said telling Ben’s children that their father had died was the most difficult thing she had ever done.

‘A two-year-old should not have to blow a kiss into the sky at night to still be able to say good night to their dad.

‘A baby should not have to be born without ever being able to have a warm hug or even meet their dad because of a stranger’s actions.

‘Sadly, that is the reality for Ben’s children.’

Swansea Crown Court heard Platt had used his phone while on the journey but it could not be proved he was using it in the moments before the collision. 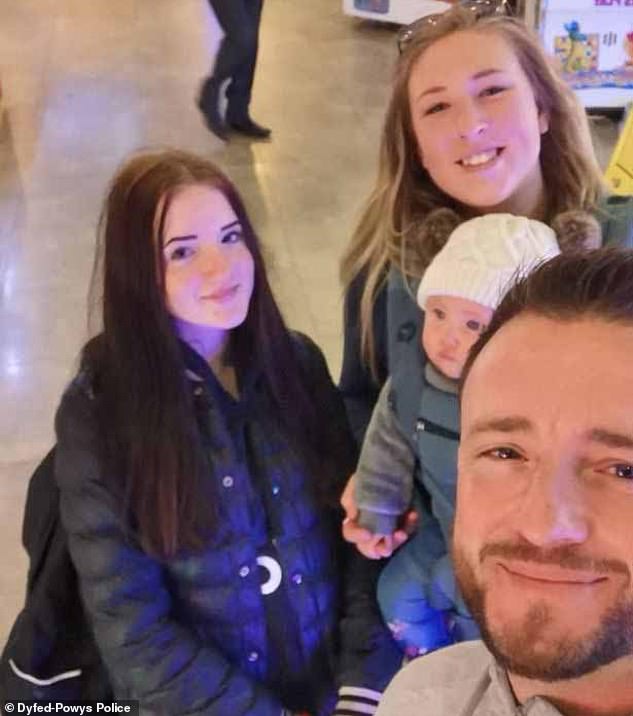 He failed to brake properly when traffic ahead of him stopped and swerved into an oncoming Ford Transit van driven by Ben, who was pronounced dead at the scene on the A487 at Pentregat, near Cardigan.

He was jailed for three years and banned from driving for two years following his release.

Judge Huw Rees told him: ‘Benjamin Partis was 38 at the time of his death. His death has had a devastating affect on many people, mostly, of course, his young family.

‘You were most certainly distracted by use of your mobile phone earlier by taking photographs, making calls and doing an internet search. There’s insufficient evidence that you were actually distracted in a physical sense before the collision.’