How a beloved young mum, 33, slipped and fell into a charity bin as she desperately dug through donations in the middle of the night – with her small body left dangling ‘half-in-half-out’

Details of the horrifying death of a beloved mother who became trapped in a charity bin have been revealed with police saying she was discovered hanging ‘half-in-half-out’ of the donation bin.

The mother-of-one then stood on a plastic bucket peering through the slot in the Good Sammys charity bin, the West Australian reported. 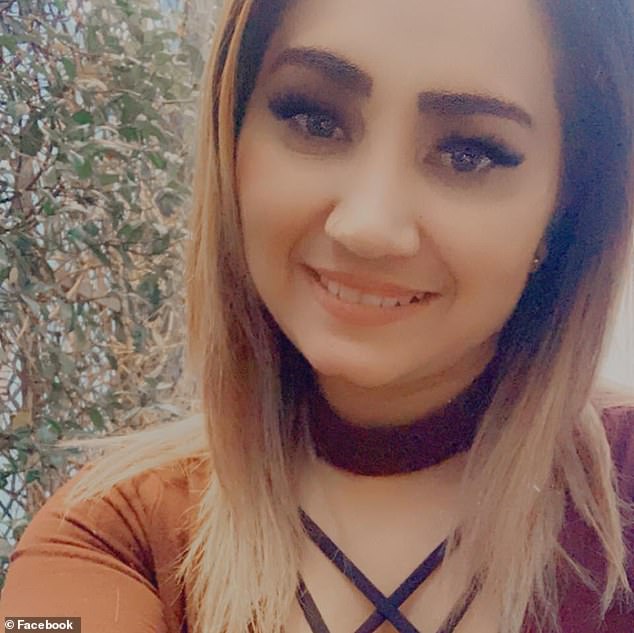 It is believed Ms Lawrence then slipped off the bucket leaving her upper body stuck in the hinged opening leaving her feet dangling off the ground.

It wasn’t until after 5am, a member of the public made the grim discovery.

‘This is a cruel world. Can’t believe you’re gone. I’m devastated and words can’t explain. I’m going to miss you and I just wish I could tell you I love you one more time my soulmate’

‘Through our investigation so far it seems to be a non-suspicious death where a person has tragically died through very unfortunate circumstances,’ Rockingham Detective-Senior Sergeant Andrew Elliott told reporters on Tuesday.

‘It seems she became trapped and unable to remove herself from the bin.’

He said that analysis suggested the woman died from asphyxiation.

An assortment of clothes she had previously plucked from the bin were found under her feet.

Detective-Senior Sergeant Elliott added encountering the scene would have been ‘very very confronting’ for the person who found her.

Friends and family left flowers at the scene to pay tribute to the ‘pocket rocket’ they described as a ‘breath of fresh air’ who was a devoted mother to her 15-month-old son.

Nearby residents said it’s not uncommon to see people digging through the charity bins in the middle of the night.

‘There’s always clothes scattered around those bins,’ one woman said.

‘That’s why they’ve recently installed a CCTV camera and a light in the car park.’