A man has been stabbed to death at a German refugee centre by an Afghan man who shouted ‘Allahu Akbar,’ according to local media.

The knifeman, 25, allegedly murdered a 35-year-old fellow resident and wounded a German man in the attack at the accommodation in Greven, in North Rhine-Westphalia, on Sunday night.

The attacker then fled into a nearby field and a helicopter was dispatched to track him down. He was eventually discovered and arrested by police without putting up a fight. 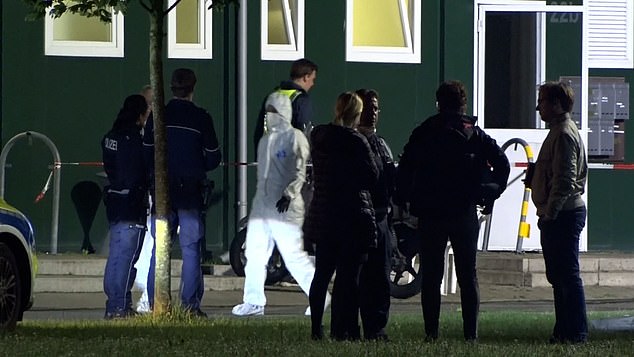 Police officers and staff outside the accommodation in Greven, in North Rhine-Westphalia, on Sunday night after the attack 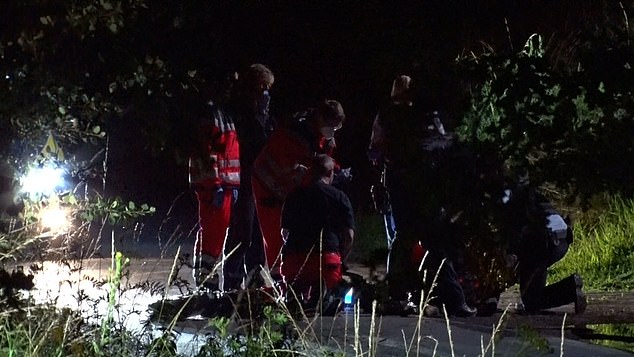 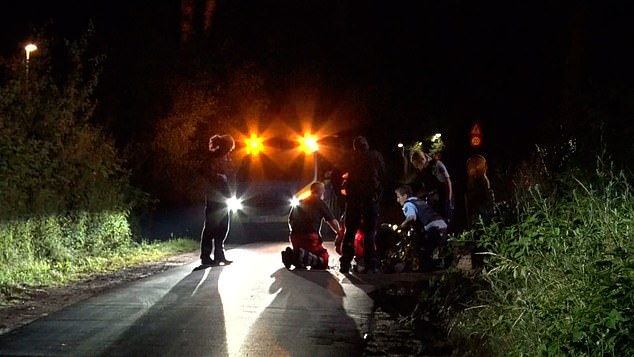 Police and paramedics appear to attend to someone, it’s not clear if it’s the suspect, who fled into a field after he stabbed a fellow refugee to death 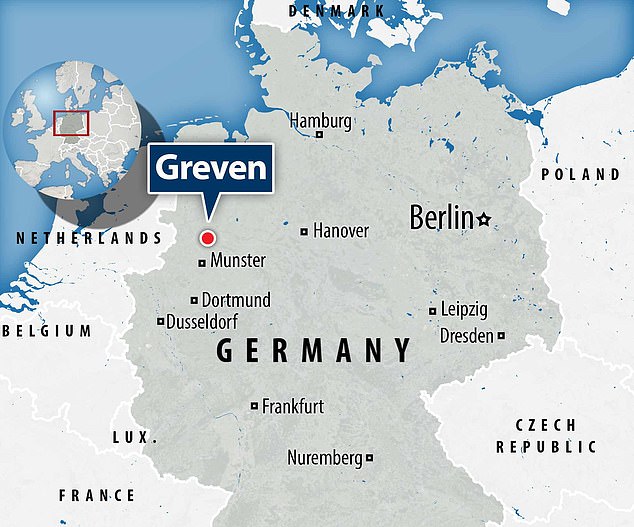 The public prosecutor today offered no motive for the crime but witnesses said the Afghan refugee had been shouting ‘Allahu Akbar’ before launching the assault.

According to Bild, the public prosecutor said: ‘The alleged perpetrator entered Germany in 2015 and has lived in this facility since January 2018.

‘Possibly he was under the influence of alcohol and drugs at the time of the crime.’

The 35-year-old, an Azerbaijani, died at the scene, while the German national was rushed to hospital.

Germany, which welcomed thousands of refugees from Islamic countries in 2015 during the European migrant crisis, has seen similar attacks in recent years.

Three people were stabbed to death by a Somalian immigrant in the town of Wurzburg on June 25. 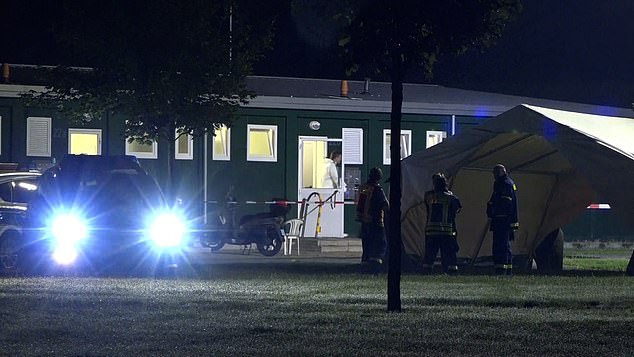 Police officers at the refugee centre outside the town of Greven 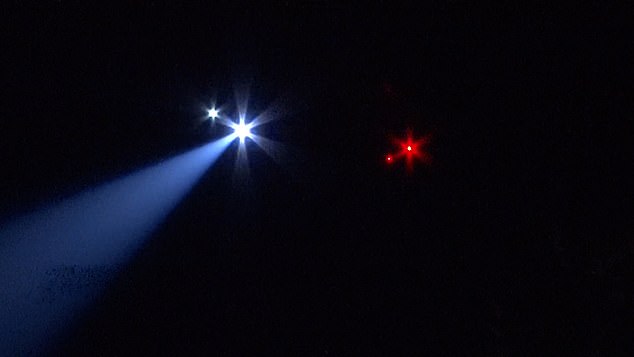 He had been shouting ‘Allahu Akbar’ when he slaughtered three women, including an 82-year-old and a mother who was with her 11-year-old daughter, at a department store in broad daylight.

He wounded another five people before he was detained.

The man had been living in the country since arriving from north Africa in 2015.