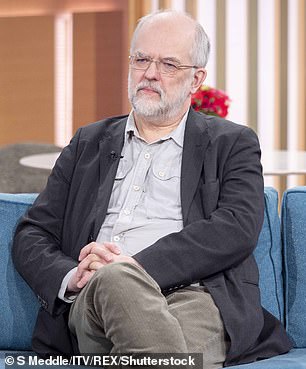 Covid will become more like a common cold than flu and reach an ‘equilibrium’ in the population within a few years, top scientists believe.

Professor Paul Hunter, an infectious diseases expert at the University of East Anglia, said the virus will ‘not cause the disease we have come to recognise over the past year’ because so many will be protected, through vaccination or  previous infection.

Britain’s jab rollout has been the biggest factor in making Covid less severe for millions of people, slashing the risk of death to fewer than one in 1,000 now compared to around one in 100 in the second wave of the pandemic.

And because the virus will be endemic, meaning it will never be eradicated, people will gradually build-up natural immunity and symptoms will eventually ‘resemble that of a common cold’, Professor Hunter suggested.

He added the coronavirus was likely to reach a stable point over the next few years, where it would continue to spread but cause barely any deaths or severe illness.

Four other coronaviruses infect people repeatedly during their lives — but normally only trigger symptoms similar to the common cold.

Covid-tracking researchers say the disease has already started to morph into a ‘bad cold’, causing a runny nose, headache and sneezing. 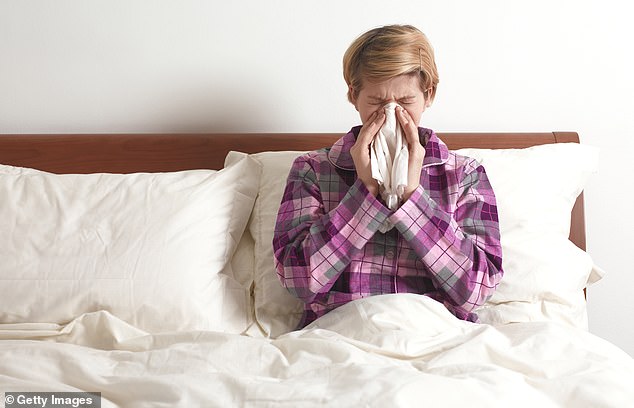 The common cold sparks symptoms including a runny nose, sore throat and coughs. But the flu can be more severe and lead to people being hospitalised. (Pictured: Woman with a cold)

Discussing the threat Covid poses in the future, Professor Hunter told The Times: ‘It will not be like influenza.

‘It will be like a coronavirus, and we already have four endemic coronaviruses that have been part of human society for over a century.’

He added: ‘It will not cause the disease we have come to recognise over the past year, but more and more resemble the common cold.

‘The virus and ourselves will find an equilibrium and that equilibrium within a very few years will not include many severe cases or deaths.’

How is the flu different to a common cold?

The common cold is an upper respiratory tract infection that usually clears on its own within two weeks.

The NHS advises those suffering from the illness to stay home, sleep, keep warm and ensure they drink plenty of water.

This common respiratory infection can be more severe than the common cold.

The NHS says the disease often gets better on its own, but it can make some people ‘seriously ill’.

Professor Hunter also said Britain should brace itself for a ‘winter surge’ in Covid hospitalisations and deaths.

Although, he said it would be ‘considerably less than [from] seasonal influenza’ — which is more intense than a cold.

Colds often clear within days and cause little more than a runny nose.

But flu — which kills around 20,000 Brits every year — can quickly progress into pneumonia.

Flu admissions are expected to spike this winter because very few people currently have any immunity against it, mainly due to Covid lockdowns thwarting the spread of all viruses.

But the annual flu inoculation drive will still be going ahead to combat this.

King’s College London epidemiologist Professor Tim Spector said last week that Covid was now like a ‘bad cold’ thanks to the inoculation drive.

‘ZOE Covid study data shows symptoms are more mild and are similar to those of a bad cold, with a runny nose, headache and a sore throat among the top symptoms for all groups.

‘Sneezing has also emerged as a symptom among partially and fully vaccinated people.’

Scientists and medics want the Covid symptoms list — which only includes a high temperature, new continuous cough, and loss of taste and smell — to be expanded amid fears mild infections are being missed.

Vaccines are highly effective at protecting people against hospitalisation and death from the disease, but are less able to block infections.

But the immune response they trigger mean many people are able to fight it off after only suffering a mild form of the illness.

It comes as Boris Johnson today prepares to set out his plans for exiting lockdown to the country, with laws on wearing face masks and social distancing set to be abandoned on July 19.

The Prime Minister is also expected to say vaccines have ‘weakened’ the link between cases and hospitalisations and deaths.