Novak Djokovic made hard work of beating talented American qualifier Denis Kudla — as once again he struggled to cope with the crowd turning against him.

The No 1 seed has suffered in the popularity stakes for gatecrashing Roger Federer and Rafael Nadal’s Grand Slam party at a time when most tennis fans had already picked a favourite.

But this 6-4, 6-3, 7-6 victory takes him closer than ever to a calendar Grand Slam and four wins from a 20th major — which would equal Federer and Nadal’s hauls. Maybe he will get some love and credit for a change too. 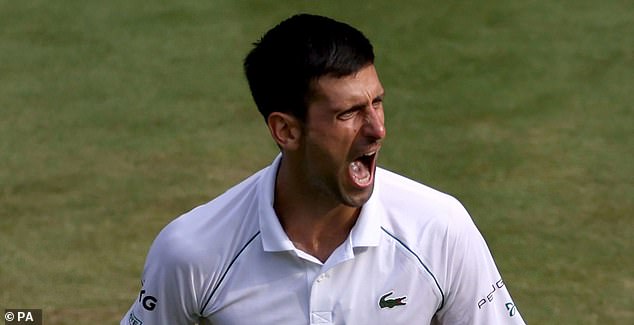 The Serb ultimately won over the Court No 1 crowd before reminding those who might have forgotten about his mental strength.

After the match he recalled how he had sheltered for months in his grandparents’ flat as a child while NATO forces bombed Belgrade nightly in the spring and summer of 1999.

And he was only there as his parents worked day and night in the neighbouring mountains to put food on the table for their three sons.

‘Never giving up is in my genes,’ he said to explain how he resisted Kudla’s credible comeback challenge. ‘The way I grew up in difficult times for my country means failure was never an option for my family.

‘We had to find the basic needs to survive and that has strengthened my character. 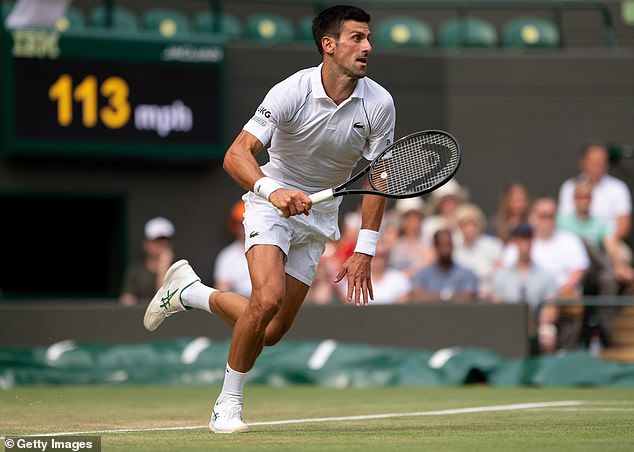 ‘Part of it comes from my upbringing in the mountains with wolves and this is a wolf energy I have — I am not kidding!’

Djokovic, by his own admission, was not at his best but railed against elements of the crowd as they willed Kudla, 28, back into the match.

He repeatedly roared directly at them as he took the second set and his celebrations were no less visceral at the end. ‘In the heat of the battle those things happen,’ he said. ‘You release the emotions, the stress, the pressure that you feel on the court.

He added: ‘I don’t consider myself an underdog. I just had a journey and upbringing that is probably different from most of the other players on the tour. 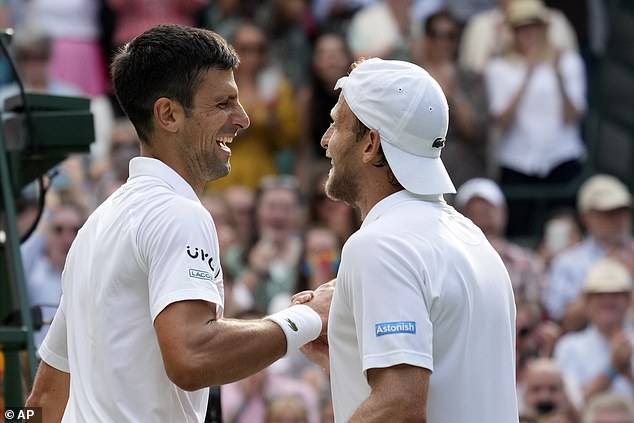 ‘I’m not complaining. I am grateful I’ve been through that journey because that helped me to become the man and player I am today. It allowed me to learn about myself and how to have a strong character, how to fight, how to never give up in difficult circumstances.’

Maybe Kudla and other players should take note and stop their deliberate tactics of trying to turn tennis crowds against the tournament favourite.

Kudla, the world No 114, said: ‘It was part of the tactics, to use the crowd and try to get him flustered. If I can get the crowd on my side, it’s only going to help me, at least I think so. That was definitely in the game plan.

‘People like the underdogs. I think in most sports when you see someone who’s that highly ranked and as dominant as him, people just want to see a change, unfortunately.

‘Everyone respects what he does, but I think there are unanimously Roger fans in this world. I think they just maybe want him to keep that record. That’s probably one reason they cheer against him.’

Djokovic is next in action on Monday when he faces Chile’s Cristian Garin. His route to the final has, on paper, been aided by the first-round defeat of No 3 seed Stefanos Tsitsipas.