A former faculty member at a prestigious $55,000-a-year private school in Southern California is under investigation for sexual misconduct in a case that was instigated after an internal report conducted by the school found ‘several’ former students who claimed they were sexually abused by employees.

The staff member in question, who is currently facing criminal charges over the abuse allegations, was working at the Cate School in Carpinteria as recently as February 2020, school officials said in a statement.

The criminal case came about after April 1, when the Santa Barbara County Sheriff’s Office received a report from a mandated reporter that identified ‘several sexual assault survivors in this case who are both current and former students of Cate School,’ according to Raquel Zick, a public information officer with the sheriff’s office.

According to the Los Angeles Times, two alumnae who attended the school in the 1980s and early 1990s, had recently come forward claiming ‘mistreatment by Cate faculty,’ spurring the school’s internal inquiry that led to a criminal investigation.

The bombshell allegations revealed in the Los Angeles Times report come after California’s recent changes in statute of limitations for civil claims that took effect last year, which created a three-year window for victims of sexual abuse to file such cases that might have otherwise expired.

News of the alleged sexual abuse became public on Friday, months after the school informed former students that it was conducting an internal investigation of its own into the abuse claims that could potentially date back decades.

The Times reports that the school is looking into ‘sexual misconduct involving faculty members and students that occurred several decades ago’ at the prestigious boarding school, however officials did not reveal the name of the person who reported the allegations due to protections under state law. 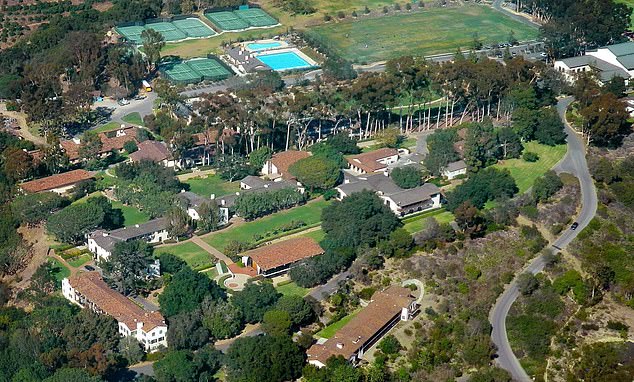 Investigators from the Santa Barbara County district attorney’s office served search warrants on June 24 at the Cate campus to gather evidence, with school officials stating they intend on fully cooperating with authorities.

The school’s current Head of School, Ben Williams, released a statement to the campus community in the wake of the allegations, stating they are ‘cooperating with an investigation by local law enforcement into alleged sexual misconduct by a former employee, who worked at Cate School for six months, and whose employment was terminated in February of 2020.’

However, that employee has yet to be publicly named, with school officials citing the ongoing criminal investigation as the reason behind not releasing the former employee’s identity.

‘Per the request of the Sheriff’s Department, we are not sharing the suspect’s name in order to protect the integrity of the pending criminal investigation,’ Williams added.

The news comes just weeks after another prominent California school, the Thacher School in Ojai, released a 91-page report revealing decades of sexual abuse after receiving reports of sexual misconduct in last summer.

Now, officials with the Santa Barbara County Sheriff’s Office are asking for more potential victims to reach out to the department as they continue to investigate claims of sexual abuse by both named and unnamed survivors, according to the Los Angeles Times.

‘We really want to emphasize that we are seeking additional survivors as well as witnesses for any sexual misconduct that has occurred at Cate School,’ Zick said.

The Cate School, with an endowment of $111 million, a 150-acre campus, and boarding tuition costs of $68,150, is one of 85 boarding schools located in the Golden State and located just minutes from Santa Barbara.

School officials said they had retained an independent investigator, and requested that any alumni that had experienced abuse at the hands of Cate faculty to come forward.

Two alumnae reached out to the investigator shortly thereafter.

‘In both cases, we conducted investigations and took action with respect to the former Cate faculty members who engaged in the misconduct and in acknowledgment of the alumnae who came forward to detail their experiences and to discuss the impacts of surviving abuse,’ officials said in the email.

Wendy Ward Hoffer, a member of Cate’s graduating class of 1987, told the news outlet that she had been groomed by a faculty member beginning in her sophomore year.

Ward Hoffer claims the teacher invited her over to his apartment on the last day of school, where he aggressively kissed her and touched her under her clothes before rolling on top of her. 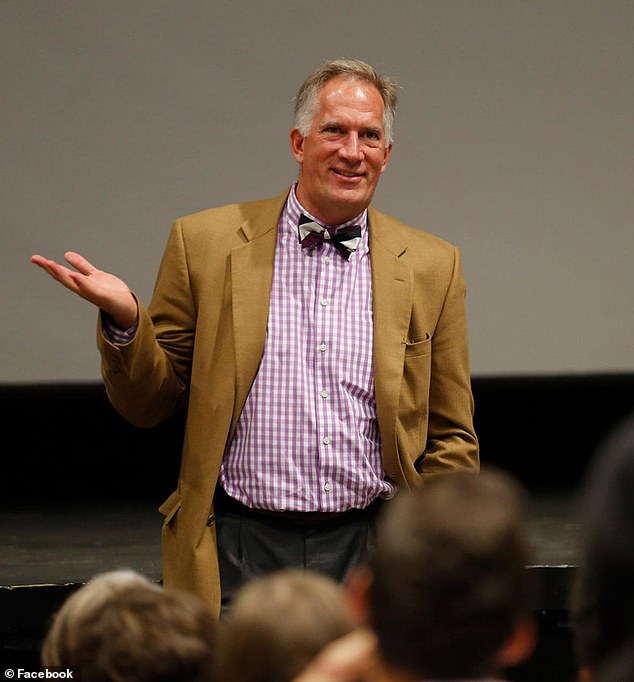 Head of School Ben Williams (pictured) says Cate is ‘cooperating with an investigation… into alleged sexual misconduct by a former employee,’ who was terminated in February 2020

‘It was an experience of being crushed under him and feeling really trapped and frozen,’ she told the Times, while adding that the teacher in question continued to sexually abuse her on class camping trips despite leaving the school that same year.

‘What were these adults doing? They should have been paying attention,’ she said. ‘They really had their heads in the sand and let me be preyed upon.’

Ward Hoffer states that she broke her silence upon her own daughter reaching high school age with a 12-page letter sent to the school in December 2019 by her lawyer, Eric MacLeish, in a civil claim against the Cate School, which was resolved in February 2020.

‘No 15-year-old should ever have to be in such a position with their teacher,’ the letter stated.

‘I realize people have been critical of Thacher’s work, but in my observation they seem to have really owned their history in a way that Cate just hasn’t,’ Ward Hoffer said. ‘I feel like the school is trying to cover it up…. And in the meanwhile, they are putting kids at risk.’

Amy Oppenheimer, whose law firm is conducting the boarding school’s investigation, declined to discuss the details of the investigation, according to the Times.