Eddie Jones spotted Marcus Smith as a schoolkid in Brighton six years ago, and now will finally hand him a debut alongside seven others in a fresh England side to play the USA on Sunday.

The 22-year-old Harlequins No 10, who inspired the club’s incredible Premiership win, could be one of 12 debutants.

If they all come on, it will be the most in one England Test for 74 years — since the first match after the Second World War against Wales when 14 new men played. 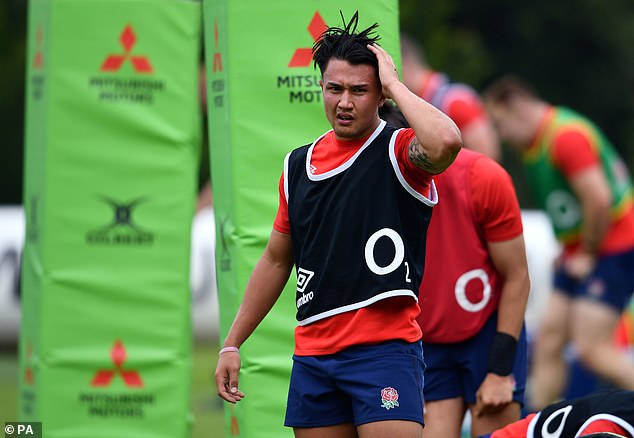 Lewis Ludlow, 26, is one of those, the fifth Englishman to captain his country on debut and first since Nigel Melville 37 years ago, starting alongside Freddie Steward, Harry Randall, Curtis Langdon, Joe Heyes, Josh McNally and Callum Chick.

But Jones goes back furthest with Smith, who he saw as a 16-year-old Brighton College student the week his Japan side beat South Africa at the 2015 World Cup.

‘He is a bright, young talent,’ said Jones. ‘My friend, his godfather, who I met in Hong Kong, told me about him. Then we had our camp down at Brighton College and on a cold and wet Wednesday night I went and watched them play. 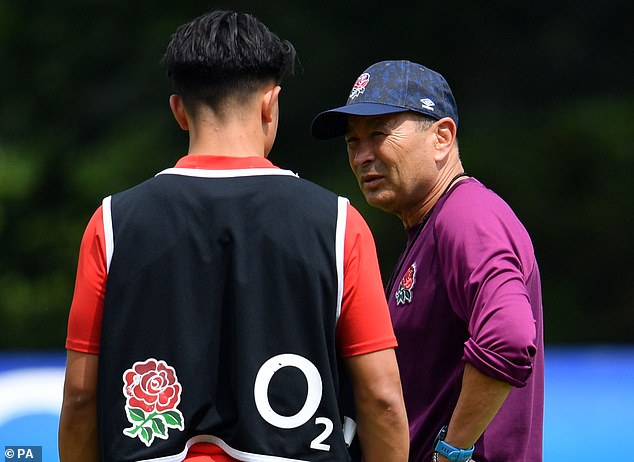 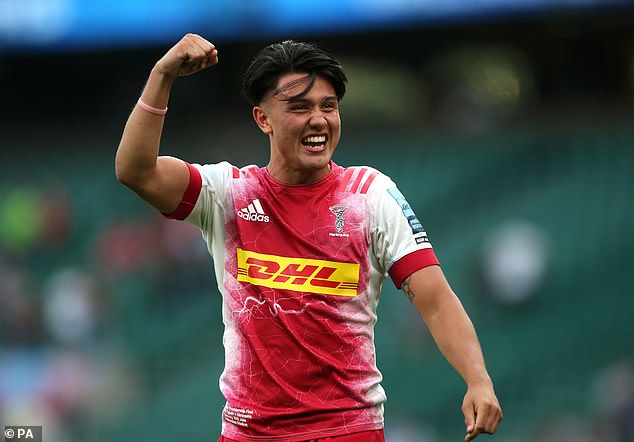 He called Smith, who is on a high after Harlequins’ Premiership win, ‘a bright young talent’

‘There is a greater degree of consistency about his game. His decision-making has improved, his effectiveness in defence, but at 22 he is a very young No 10.

‘I was talking to some senior players and said Dan Carter played his best rugby at 35. Marcus is moving in the right direction.’

Jamie Blamire, Trevor Davison, Ted Hill, Ben Curry and Jacob Umaga could all make debuts on Sunday off the bench at Twickenham.