World’s second-tallest man, 46, is in Wembley care home battling serious illness brought on by his 7ft 5in frame

By Matt Drake For Mailonline

One of the tallest men in the world is living in a London care home and battling a serious illness.

Hussein Bisad, 46, became famous in 2002 when he claimed to be the world’s tallest man.

However, when it came to being measured by Guinness World Records he was found to be 7ft 5in, which was short of Turkey’s Sultan Kösen who stands at 8ft 2in.

Now he has had to put his life on hold over the last five years due to a life-threatening illness in which he needs dialysis three times daily, MyLondon reports. 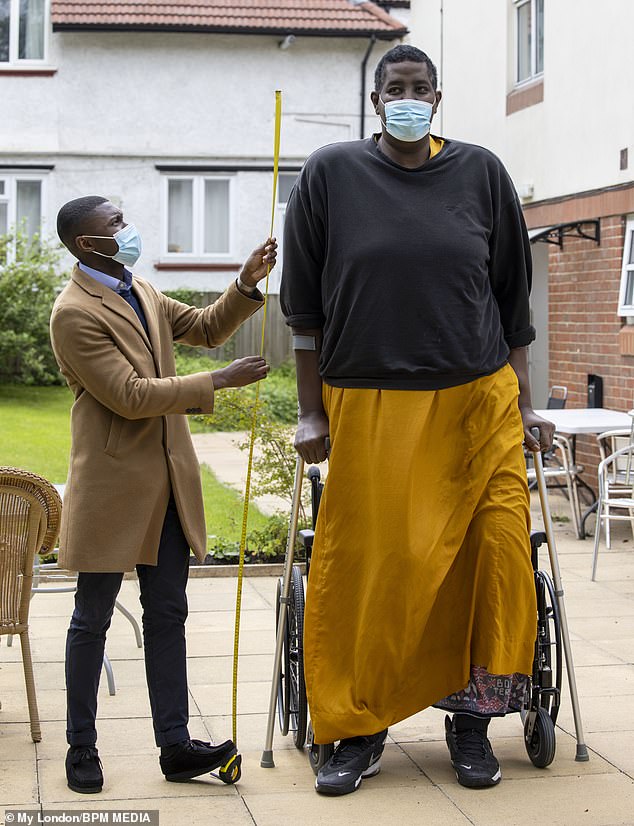 Hussein Bisad, 46, pictured right, became famous in 2002 when he claimed to be the world’s tallest man 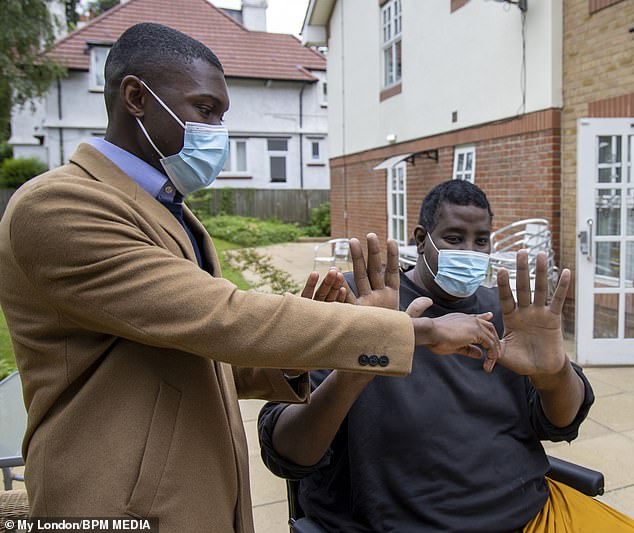 According to his doctors, Mr Hussein’s condition could be caused by pituitary giantism which produces more growth hormones than usual

He is currently living in a care home in Brent, north London, after receiving a kidney transplant in February 2020.

According to his doctors, his condition could be caused by pituitary giantism which produces more growth hormones than usual.

But he said he ‘doesn’t like being tall’, adding: ‘It’s too many problems, you’re a different person.

‘My friends would say Hussein is a giant and make jokes about my height.’

Mr Hussein has to get his clothing custom made with suits costing around £700.

He has size 22 feet which means his shoes have to be specially exported and he can’t buy a standard-sized bed either.

But in spite of his problems, he remains optimistic about the future.

When he fully recovers, he wants to go back to Somalia and bring his wife Yasmin back to live in London with him. She is also tall, standing at 6ft. 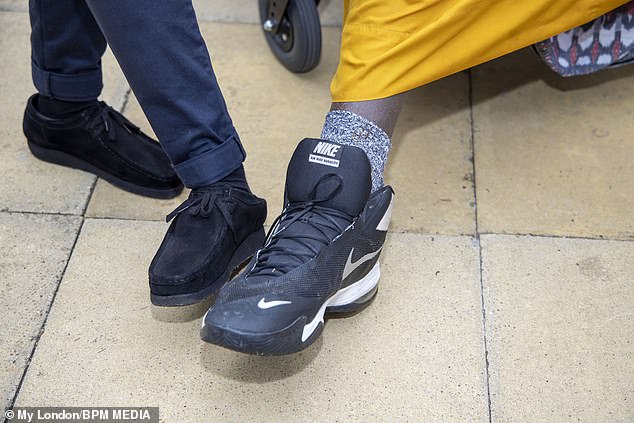 He was an average height until he reached Year 2 in school.

Speaking to MyLondon, he added: ‘When I was in school in Year 1, I was normal. I was the same height as everyone my age but in Year 2 I started growing,’ Hussein said.

‘My headteacher said ‘Are you sure you’re Hussein?’ He said ‘go home and bring your father’, I went back home and my dad took me back to the school.

‘When I was in Year Two I was the same height as the teacher and he also said ‘Are you Hussein?’

‘I was around six to seven years old.I had a bigger chair, bigger desk, everything changed.’

By the age of six, he had already outgrown his teacher.

He fled his homeland after being shot and was granted asylum in Britain.