The oligarch’s DJ daughter at centre of £14m money laundering storm: Woman related to the president of Azerbaijan is accused of helping to funnel suspected dirty money into UK

By Gregory Kirby For The Daily Mail

An oligarch’s daughter related to the president of Azerbaijan has been accused of helping to funnel £14million of suspected dirty money into the UK.

Izzat Khanim Javadova and her husband Suleyman Javadov allegedly siphoned funds from their homeland to fund a jet-set lifestyle.

Miss Javadova, who has run club events at London bars popular with celebrities, is said with Javadov to have used an ‘Azerbaijan laundromat’ scheme to move money from offshore accounts into banks in the UK including Barclays, Lloyds, Santander, Metro Bank and Coutts. 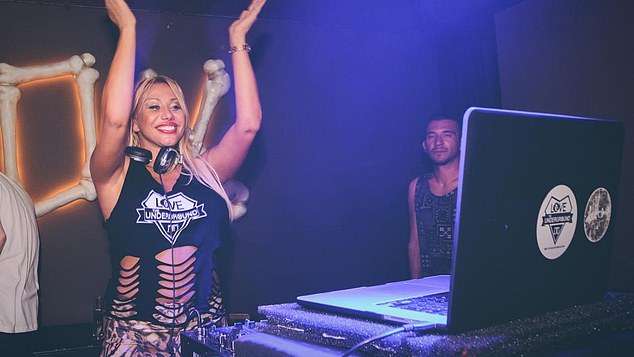 Izzat Khanim Javadova, pictured, and her husband Suleyman Javadov allegedly siphoned funds from their homeland to fund a jet-set lifestyle

The National Crime Agency has frozen £6.5million of the couple’s assets and is locked in a court battle to seize funds.

The Javadovs, who say their money came from a legitimate property empire, fought for nearly two years to fight the case in secrecy, with lawyers arguing that revealing their names would damage their reputations.

But yesterday Judge Vanessa Baraitser ordered that the forfeiture hearing should be heard in public at Westminster Magistrates’ Court in London.

Miss Javadova is the cousin of president Ilham Aliyev. Her late father was the oligarch Jalal Aliyev, a renowned scientist and the president’s uncle. She came to London at least ten years ago after the Home Office granted her a visa and ran a promotions firm called Love The Underground Records.

It held parties at plush venues in the capital including Kensington Roof Gardens.

Her husband is the son of a former deputy energy minister in Azerbaijan, which borders Russia and Iran. Prosecutors have claimed that he should therefore face tougher money laundering scrutiny as a ‘politically exposed person’.

The pair are thought to own London homes worth millions, including a Whitehall flat, a riverside home in Twickenham and an apartment in Clerkenwell – as well as a beachside villa in Ibiza.

The forfeiture hearing is due to begin next week. Court documents state: ‘The NCA’s argument is they knew that what they were receiving did not come from their tenants, but from an unlawful organisation designed to launder money.’

It is alleged the money was funnelled into the UK from 2007 to 2018 via 21 companies operating from locations including the Seychelles, Ayr and Hertfordshire.

The NCA said: ‘In December 2019 the NCA secured Account Freezing Orders in respect of funds totalling £6,442,346, €10,000 and $10,000, held in bank accounts belonging to Suleyman Javadov and his wife Izzat Khanim Javadova. A forfeiture hearing for these monies will commence on July 5.’

President Aliyev has ruled the oil-rich country since 2003 and his family are said to have gained great wealth during that time.