The final State of Origin clash could be moved to a country town oval with Sydney ruled out as it battles a Covid outbreak in lockdown.

Stadium Australia at Olympic Park, in Sydney’s west, was to host game three of the series on July 14 – but with most parts of the state in lockdown until at least July 9, that won’t happen.

Rugby League Players Association chief executive Clint Newton said it would be ‘incredible’ to see NSW and Queensland square off at country venues such as Tamworth, Dubbo, or Mudgee next month.

‘Its never happened before and Covid has taught us that we can do things for the first time,’ he told the Daily Telegraph.

‘If city hubs like Newcastle, Sydney, Canberra and Queensland weren’t available, can we go to regional areas? It would be pretty special if we did.’ 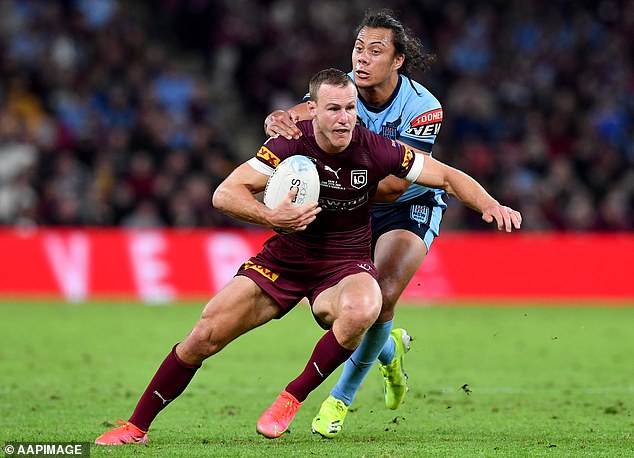 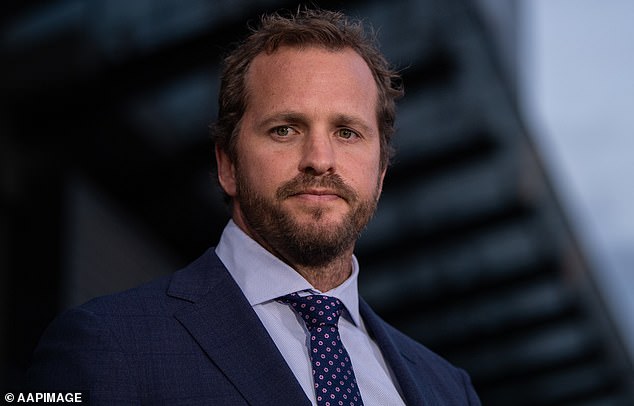 Rugby League Players Association chief executive Clint Newton (pictured) believes it would be ‘incredible’ to see NSW and Queensland square off at NSW country venues such as Tamworth, Dubbo or Mudgee on July 14 due to Sydney’s lockdown

McDonald Jones Stadium in Newcastle is believed to have the inside track, with the Australian Rugby League Commission to decide on the venue either on Wednesday or Thursday.

Origin’s game one on June 9 was switched late in the piece to Townsville in Far North Queensland after the Covid outbreak in Melbourne forced a move.

Gladys Berejiklian’s government is desperate to keep the game in NSW after Queensland pinched game one hosting rights from under its nose.

Brad Fittler’s NSW squad has already won the series against it fierce interstate rival, but another victory in game three would be the first whitewash for the Blues since 2000. 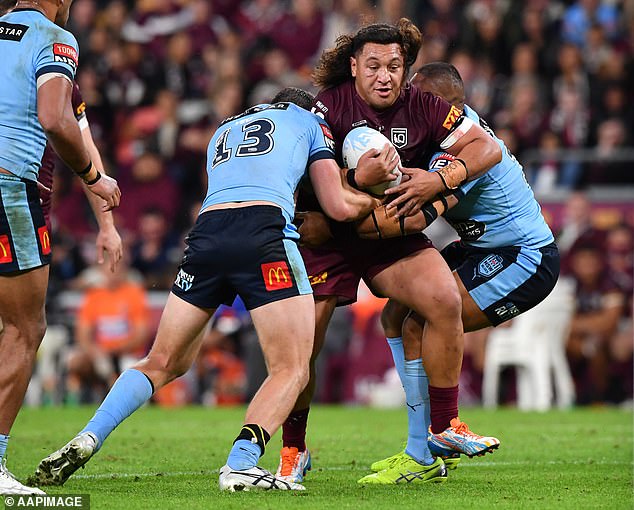 ARLC chairman Peter V’landys confirmed Newcastle as the leading candidate to host game III of the 2021 Origin series, before stating the final decision will come down to money (pictured Maroons enforcer Josh Papalii)

ARLC chairman Peter V’landys confirmed Newcastle was the leading candidate last weekend, with the final decision to come down to big-money offers.

‘The financial consideration is paramount to us, because we want to bring back some of the losses we are going to have by being in a lockdown,’ he said on The Footy Show last Sunday.

‘If we can gain some financial benefit by taking it somewhere else, we have to.

‘Ideally we would like to take it to a regional area, and Newcastle stands out, but if another state comes in and makes an offer that’s so high that we can’t resist it, we have to look at it.’