Wisconsin parents will now have the the ability to choose gender-neutral terms to identify themselves on their child’s birth certificates.

Democratic Governor Tony Evers announced that starting July 1 birth certificates in the Badger State will include the options: ‘mother and father,’ ‘parent and parent,’ and ‘parent giving birth.’

But the move has already been criticized by some for ‘downplaying motherhood’ .

Republican Rep. Gae Magnafici called the policy ‘something that even the best satire writers cannot imagine.’

‘The far-left liberals are at it again. Instead of acknowledging something as simple as a baby coming from a mom and dad, they deny science,’ Magnafici said in a statement. ‘As the Assembly chair of Family Law, a nurse, and a mom, I am insulted. I’m calling on Governor Evers to stop downplaying womanhood, stop downplaying motherhood, and stop downplaying settled science.’ 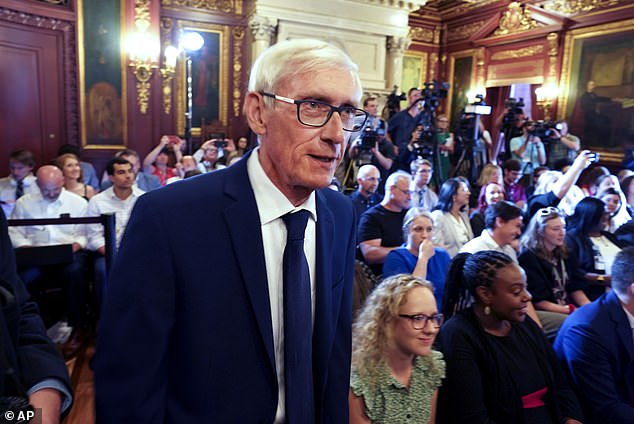 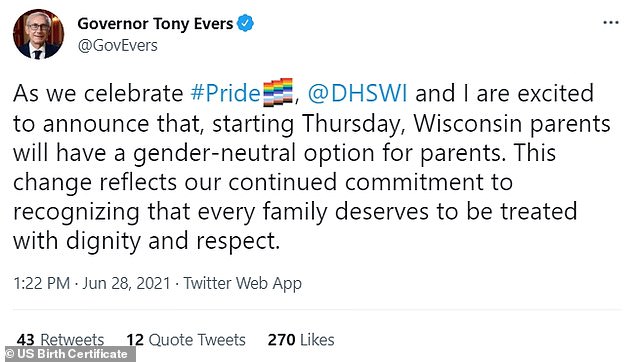 ‘This change reflects my and my administration’s commitment to gender-neutral terminology and to recognizing that every family deserves to be treated with dignity and respect’ Evers tweeted about the new policy.

The announcement follows a June 1 executive order signed by Evers that directed state agencies to use gender-neutral language in external documents.

‘This change reflects my and my administration’s commitment to gender-neutral terminology and to recognizing that Wisconsin families are diverse and should be valued and respected,’ Evers said in a statement. ‘I am glad to see this change being made as we continue to update our state policies and procedures to better reflect the Wisconsinites we serve.’

The birth forms will also be available in English, Spanish and Hmong, Evers announced.

‘Families have told us that a birth certificate that doesn’t accurately reflect their growing family can take away a piece of the joy when welcoming a new baby,’ she said. ‘We are so pleased that Wisconsin created a more inclusive birth certificate form to reflect the families of our state and community.’ 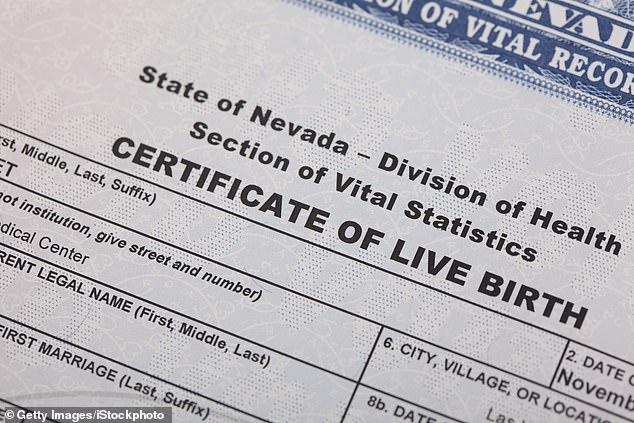 Starting July 1 birth certificates in Wisconsin will include the options: ‘mother and father,’ ‘parent and parent,’ and ‘parent giving birth’ 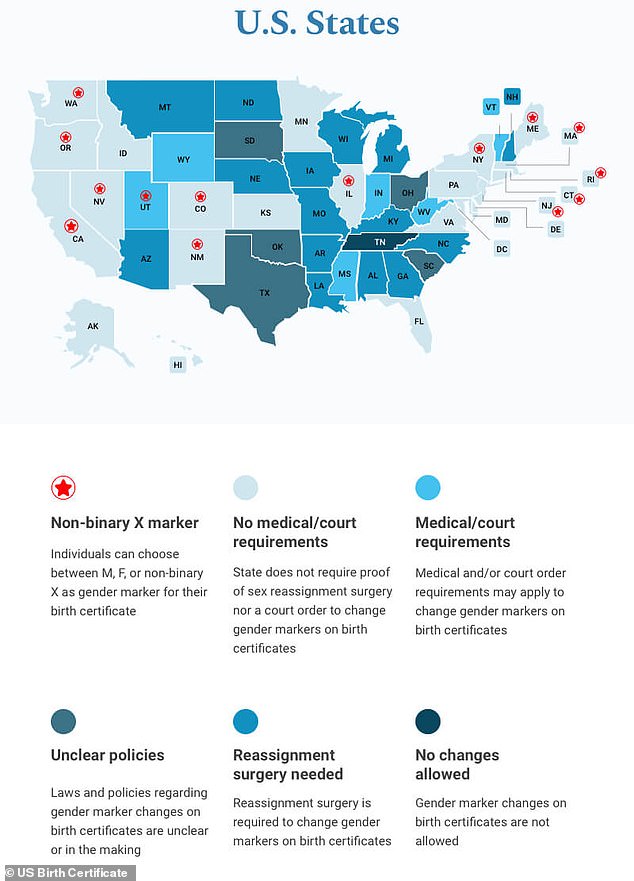 Wisconsin’s policy is reflective of a widespread shift in attitudes towards gender in most of the country.

LGBTQ activist have advocated for bills that make it easier for identity documents to be changed to match gender identity.

Many in the community feel that the male and female categories are too limited and are a form of discrimination against transgender and gender-fluid people.

Last week, New York Governor Andrew Cuomo signed the Gender Recognition Act, a bill that ensures nonbinary New York residents no longer have to identify themselves as male or female on state-issued documents, including driver’s licenses and birth certificates.

In more than 10 states it is now possible to request a non-binary birth certificate for their newborn or amend an existing one, according to usbirthcertificates.com

People born in California, Colorado, Connecticut, Illinois, Maine, Nevada, New Jersey, New York, New Mexico, Oregon, Rhode island, Utah and Washington, District of Columbia who do not identify as male or female can legally opt for a third gender category or an ‘X’ marker on their birth certificates.