Was Matt Hancock’s affair with married aide first exposed by Kris Boyson? Katie Price’s former fiance filmed him with a ‘mystery brunette’ in a Chelsea restaurant – two weeks after THAT kiss – but pair have been spotted together at events for YEARS

By Stuart Pink For Mailonline

Matt Hancock’s affair with his adviser Gina Coladangelo may have been first exposed by Katie Price’s former fiance Kris Boyson at a restaurant in Chelsea several weeks ago – but the pair have been spotted together at events for years.

The celebrity personal trainer, 31, posted a video on Instagram that he says was taken on May 18 in the fashionable Ours restaurant on London’s Old Brompton Road.

CCTV images of Hancock kissing Gina at the Department for Health’s HQ were allegedly taken a fortnight earlier on May 6.

Filming himself describing the scene with his back to the pair – believed to be the Health Secretary and his secret love – Boyson tells of his surprise at seeing them together.

His speculation came despite the Health Secretary and his aide having been pictured alongside each other at public gatherings for nearly two years, with one snap of them dating back to the Conservative Party Conference in September 2019. 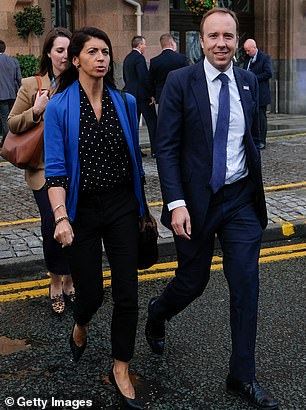 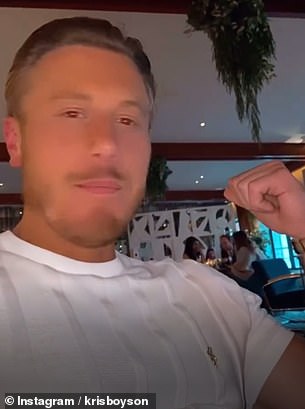 Matt Hancock and Gina Coladangelo pictured at the Conservative Party Conference on September 29, 2019 (left), and allegedly in Kris Boyson’s video (right, to the right and behind the personal trainer) which he posted to Instagram on May 18 this year

In the resurfaced footage, Boyson says to the camera: ‘I’ve just seen what’s his name again…my man Matt Hancock.. Hancock… I can’t even say it… he’s with two girls that don’t look…’

At this point an unseen male friend shouts a crude remark to which Boyson says: ‘Don’t make me say that word.’

While speaking to the camera he surreptitiously zooms in on the table in question behind him.

Although the images aren’t clear they do appear to show a woman who resembles Mrs Coladangelo, a married mother-of-three, and a man who resembles Hancock – as well as a third person whose identity is unclear.

Boyson then continues talking to the camera, saying: ‘They don’t look like they’ve voluntarily come out with him just for a dinner if you know what I mean.’

The friends all laugh and jeer at this point and the film ends. 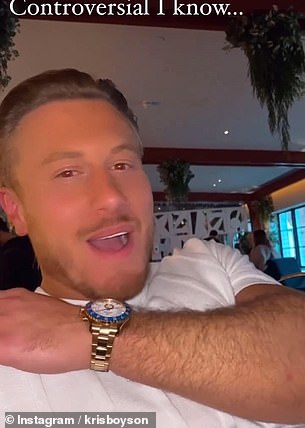 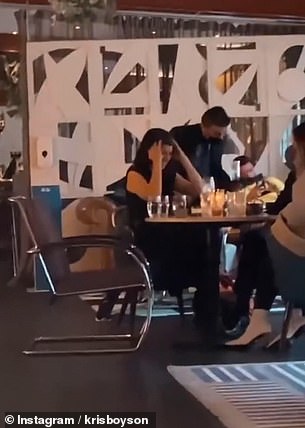 Filming himself describing the scene with his back to the pair – believed to be the Health Secretary and his secret love – Boyson (left) tells of his surprise at seeing them together. For most of the clip, Mr Hancock appears to be sat behind a woman wearing white boots (right) 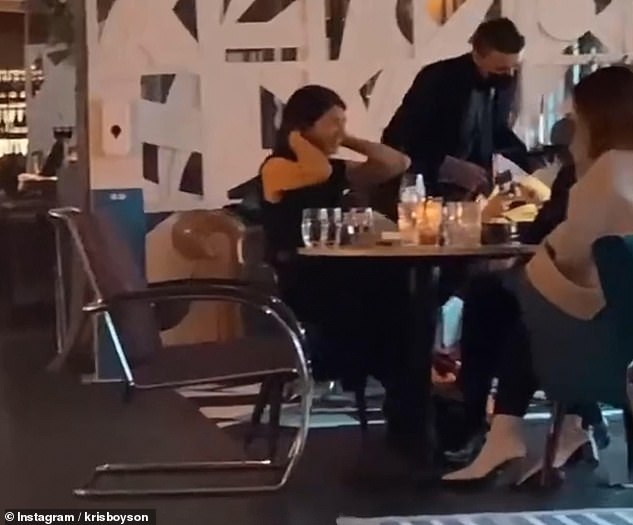 Ms Coladangelo appears to be sat on the left-hand side. While speaking to the camera Boyson surreptitiously zoomed in on the table in question behind him

Now Boyson is convinced it was the Health Secretary and Ms Coladangelo. A friend told MailOnline: ‘Kris can’t believe it. It’s madness how it’s all blown up.’

It follows the Prime Minister’s official spokesman saying Boris Johnson now ‘considered the matter closed’ and refused to answer questions on whether Mr Hancock broke the law or ministerial code.

The Health Secretary, 42, admitted he had ‘let people down’ and said sorry for flouting social distancing rules.

But married Mr Hancock failed to deny claims of a secret long-term affair after extraordinary images revealed his passionate clinch with millionaire lobbyist Gina Coladangelo, 43, where he was filmed rubbing her back and bottom during their workplace embrace. 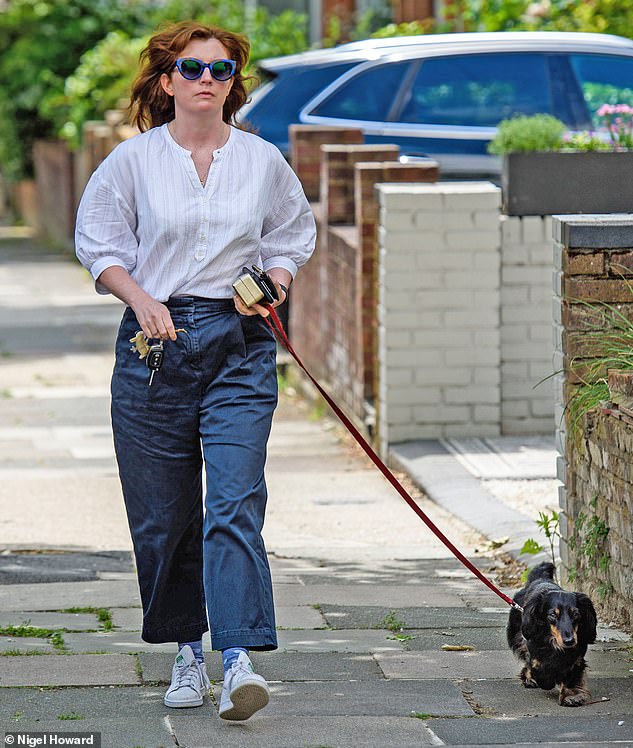 In an extraordinary statement he did not mention his wife of 15 years Martha, the mother of his three children, who was pictured looking heartbroken while walking the family dog near their north London home today, only saying he had ‘let people down’ and wanted ‘privacy for my family on this personal matter’.

As Mr Hancock fights for his political life, Labour and the Liberal Democrats branded him a ‘hypocrite’ who should be fired for kissing a lover and ignoring his own ‘hands, face and space’ mantra while telling the UK not to hug their loved-ones and not to have casual sex and stick to ‘established relationships’ to stop coronavirus spreading.

But despite the sleaze scandal Mr Hancock still hopes to survive and said: ‘I accept that I breached the social distancing guidance in these circumstances. I have let people down and am very sorry. I remain focused on working to get the country out of this pandemic, and would be grateful for privacy for my family on this personal matter’.

Mr Boyson was contacted by MailOnline.