Princess Margaret’s visit to Ambridge! BBC shares throwback snap of the Queen’s sister recording The Archers on the 37th anniversary of her cameo appearance

By Nicole Conner For Mailonline

The BBC has shared a throwback snap of Princess Margaret while she was recording The Archers on the 37th anniversary of her cameo appearance.

The Queen’s late sister joined the cast of the British serial The Archers in June 1984 and played herself as a VIP guest attending a fundraising fashion show held in Ambridge, the fictional town in England where the radio series takes place.

The pilot episode of The Archers was broadcast on the Midlands Home Service on May 29, 1950, going nationwide on January 1, 1951.

The broadcaster, which shared a photograph of Princess Margaret holding a script during a recording at Kensington Palace online, said: ‘The Princess’s appearance cemented The Archers’ reputation and position in the soap opera firmament.’ 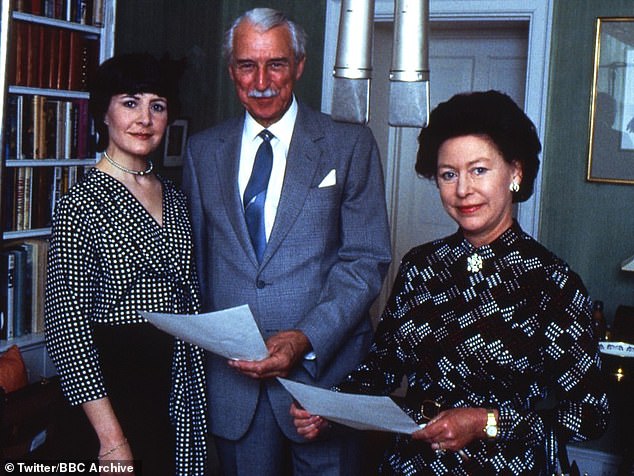 The fictional fundraiser was in aid of the NSPCC, and as the president she asked if she could join the cast after the Duke of Westminster was originally asked.

The show, which is the BBC’s most listened-to non-news programme, is set in the fictional county of Borsetshire.

The village would be positioned between Worcestershire and Warwickshire in the Midlands, just south of Birmingham, in real life. 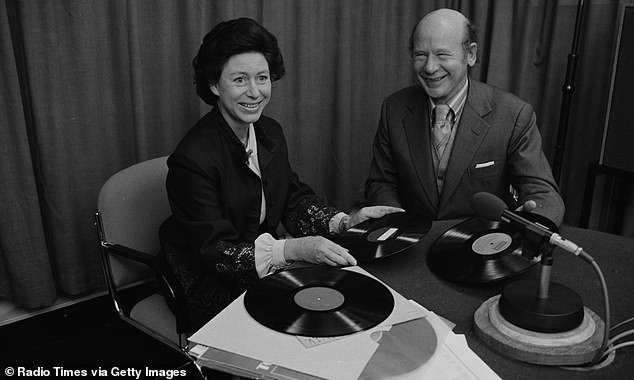 She joined the BBC Radio 4 drama as a VIP guest in 1984, and played herself at a fundraising fashion show (pictured, while recording Desert Island Discs in 1981)

According to the BBC’s website, ‘producer William Smethurst said the Princess quickly mastered the microphone techniques required for radio drama.’

She was not the only real person to appear on the programme as themselves, and over the years other guests included Gilbert Harding, John Peel and Alan Titchmarsh.

It also marked the first time a member of the royal family had taken part in a BBC drama.

Since then, members of the royal family have followed in her footsteps by appearing in popular soaps, with Prince Charles making a guest appearance on Coronation Street in 2000. 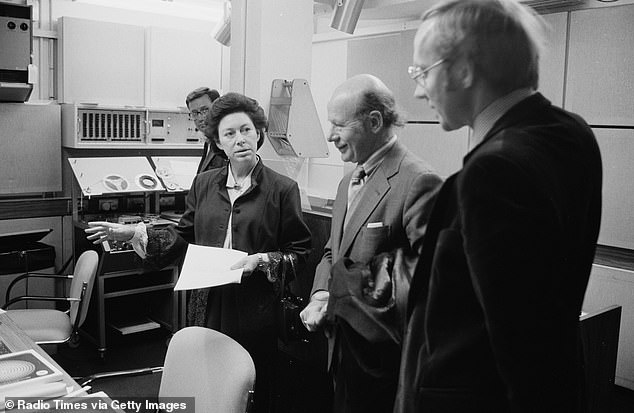 Princess Margaret later made appearances on other BBC programmes, including Desert Island Discs

Last year, Princess Margaret’s closest confidante Lady Anne Glenconner revealed how the spirited royal would shush the Queen if she interrupted her during The Archers.

Appearing on Lorraine, the royal’s former lady-in-waiting, 87, revealed how she had to smooth things over with a cup of tea after the Princess refused to speak to the Queen while listening to Radio 4.

Lady Glenconner explained that once while Margaret was ill, she had to resolve a spat between the two sisters with a ‘cup of tea’ after Margaret told the Queen to be quiet.

‘Princess Margaret was in bed and the Queen came and I waited in the drawing-room and I soon heard her come downstairs.

I said “Is everything okay?” she said, “No it, isn’t, Princess Margaret is listening to the Archers and every time I say something she tells me to shush”.

‘So I went off and turned the wireless off and we made a cup of tea, but it all ended all right.’