New South Wales politicians have been forced into isolation after a minister caught the virus during a pre-budget dinner at a pizza restaurant.

They headed to the family-run restaurant – which serves $15 pizzas and pastas and lets customers bring their own booze – after arriving in Sydney ahead of the parliamentary sitting week. 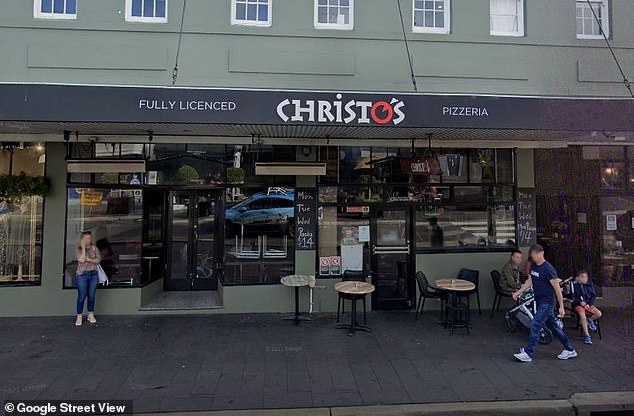 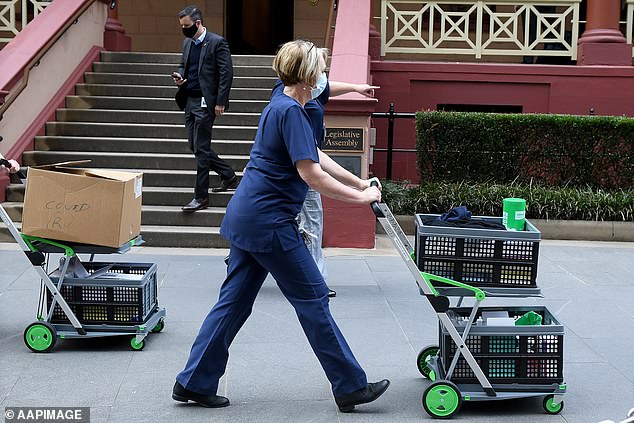 All of the politicians checked in using the QR code system, which would prove vital later on.

On Tuesday the four politicians attended a Nationals Party room meeting before Treasurer Dominic Perrottet handed down the state budget in the lower house.

That night at 11.51pm they got texts from NSW Health to say a positive case had been in the pizzeria from 5.55pm to 8.30pm, overlapping with the time they were there.

Ms Cooke said she received the message when she woke up on Wednesday morning.

As instructed, the politicians isolated and got tested. Three were negative but Mr Marshall returned a positive result on Thursday morning, forcing government whips to order politicians to isolate in their parliamentary offices and await further instructions.

Health Minister Brad Hazzard, who was deemed to have close contact with Mr Marshall on Tuesday, has also been forced into isolation and is awaiting a test result. 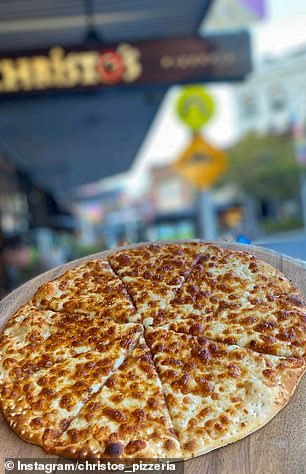 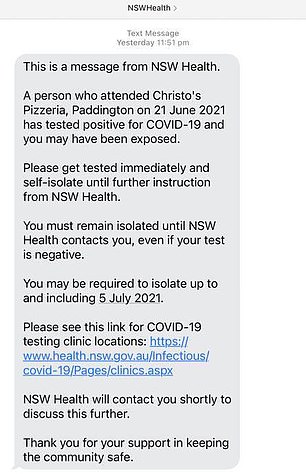 All of the politicians checked in using the QR code system, which would prove vital later on

Mr Hazzard has said it is ‘unlikely’ that Premier Gladys Berejiklian will have been infected.

In a statement, Mr Marshall – who has displayed no symptoms – confirmed that he had followed health orders.

‘This morning just after 8am I was formally advised by NSW Health that I had returned a positive test for COVID-19,’ he said.

‘I have been in isolation in Sydney since late Tuesday night, when I received a text message from NSW Health advising of my attendance at a close contact venue on Monday evening, and the need to present for testing.

‘To everyone who has contacted me this morning, thank you for your thoughts and well wishes – I’m doing fine and will continue to strictly follow the advice of health authorities.

‘To our wonderful NSW Health staff, who continue to do an amazing job in these challenging times, thank you for your support and efforts keeping all of us safe and well.

The minister then texted 2GB radio host Ben Fordham to reveal that he caught the virus in the pizzeria.

‘I’ve just received a call from NSW Health, formally advising me that I am positive,’ the text read.

‘No doubt from the pizza joint I went to on Monday evening.’ 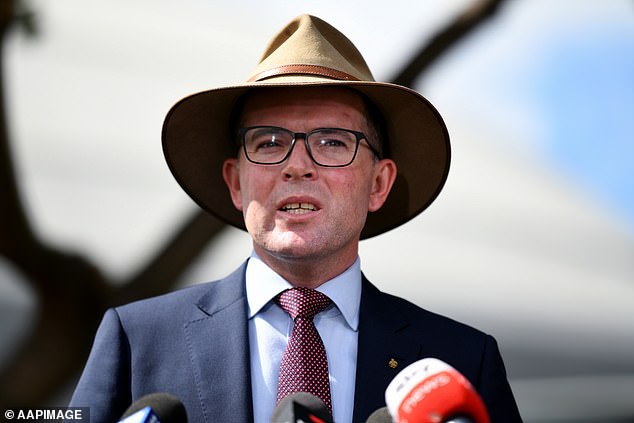