An abusive shopper unleashed an expletive-filled tirade at Woolworths staff about being refused a cash refund, branding workers ‘fat’ and ‘lower class’.

Shocked onlookers filmed the two minute rant at the customer service counter at a Woolworths store in Queensland on Saturday, which has since gone viral online.

The unidentified woman – described as a ‘Karen’ – is heard abusing employees while  demanding to speak to the store manager.

The customer was later escorted away by security with the help of police after refusing staff requests to leave, according to the Reddit user who posted the shocking footage.

The angry customer begins her outburst by expressing her frustrations to a staff member in ‘being kicked around by lower class people like yourself.’

‘I’ve had enough. I’m a discriminatory person and I own it,’ she yelled.

The customer is heard demanding a cash refund and continues to argue with the employee when her request is declined.

‘Yes you can. I know the law,’ she screamed.

‘I’ll have it in cash. I’m not shopping here anymore and I’m reporting you.’ 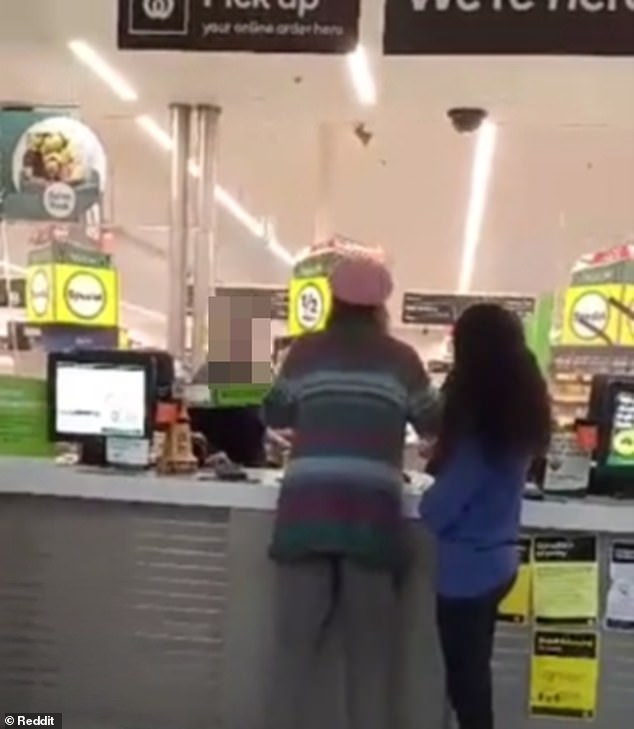 The woman hurled more abuse at a second staff member who emerged behind the counter to come to the defence of her colleague and told the customer she was being ‘very rude.’

‘You discriminated against me prior to my discriminating against you.

‘I would like a refund and I am entitled. This is discrimination.

‘I would like the manager. I have an actual degree and I see what you’re doing here.’

An amused onlooker can be heard commenting: ‘okay Karen!’

Other shoppers waiting to be served can be heard venting their frustrations.

The customer eventually ramps up her rant by banging on the counter with her fists.

‘Give me my money back,’ she screamed.

A employee calmly replied: ‘Can you go please?’ 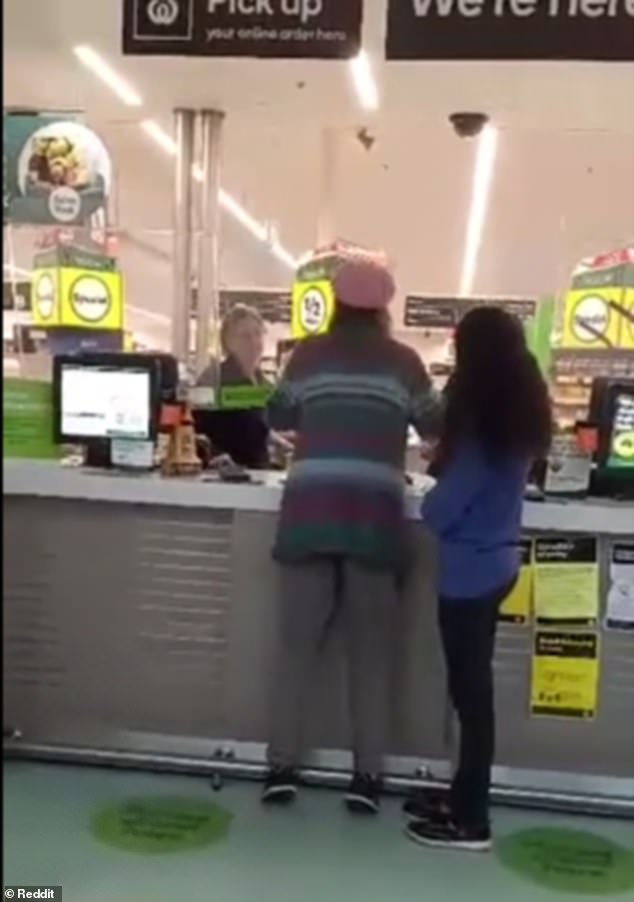 The woman and her friend eventually give up but not without having the last last word.

Woolworths said that ‘there is no place for this kind of abusive behaviour anywhere in the community’.

‘Our team members do the very best they can to help customers, and deserve to be treated with respect on the job,’ a spokesperson said.

‘We don’t tolerate abuse in any circumstance and won’t hesitate to ban customers from our stores for aggression or abuse towards our team.’

Woolworths no longer offer cash refunds for change of mind purchases since a policy change in 2020 and will only do for faulty goods.

The supermarket will exchange change-of-mind purchases under specific conditions. 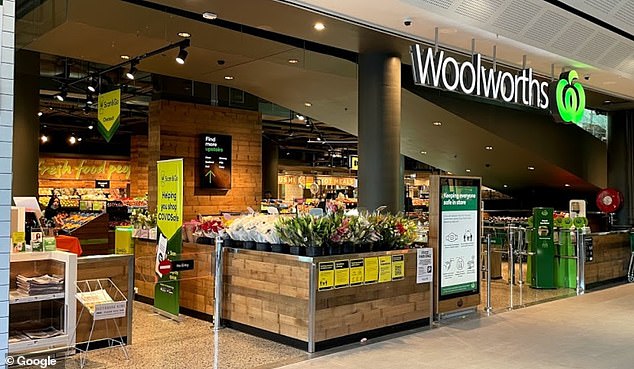