What’s for breakfassssssssssssst: Terrifying moment a woman finds a huge snake curled up inside her toaster as she tried to make food

A woman got the fright of her life after finding a huge carpet python behind her toaster while making breakfast.

The six foot carpet python had slithered into a home in Samford Valley, in Queensland’s Moreton Bay on Friday morning.

The homeowner only spotted the serpent as she went to make her breakfast. 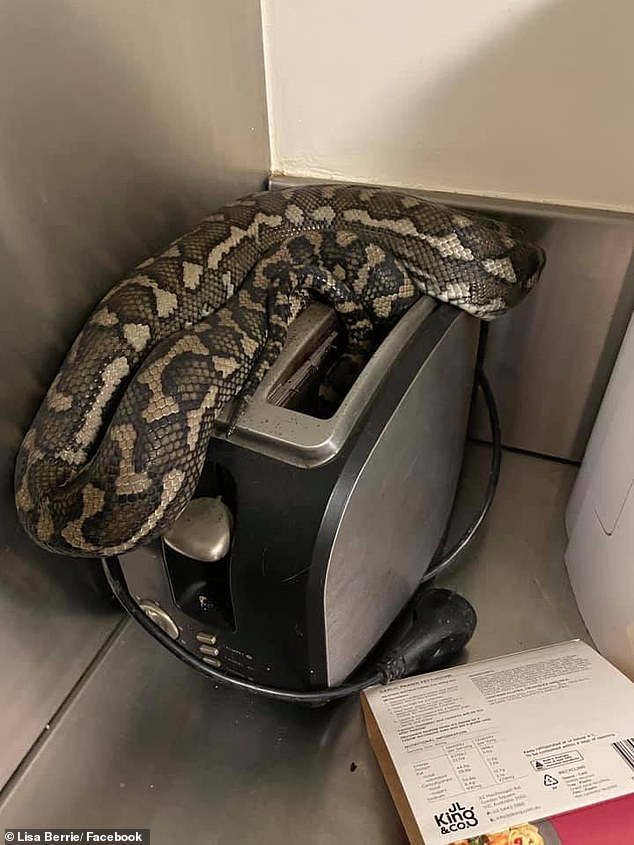 Snake catchers managed to remove the snake from the kitchen but not before it made some damage to the room.

‘Our toaster was a fatality however as it fell to the floor during the capture process,’ the woman said to the ABC.

Locals in Samford Valley often have encounters with reptiles due to it’s lush greenery.

In October last year a woman from the same area was filmed attempting to remove a snake which had wrapped around her leg. 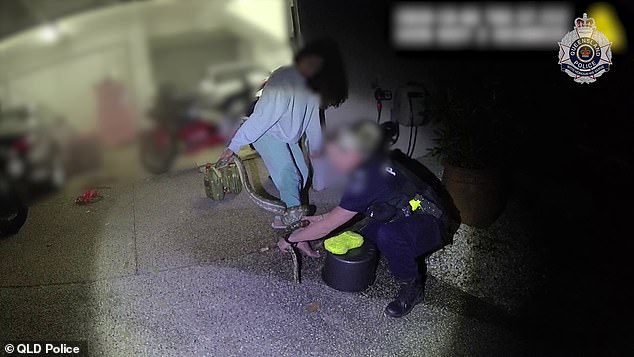 The woman had noticed the snake trapped under her car at about 7pm, before trying to rescue it.

The family cat had cornered the reptile, and when the self confessed ‘reptile lover’ attempted a rescue, the snake coiled around her leg.

She tried to get it off, but the snake had no intention of letting go, prompting the woman to call emergency services.

Footage captured by police shows the snake firmly wrapped around the woman’s leg as police attempt to uncoil the reptile which was around two to three metres long. 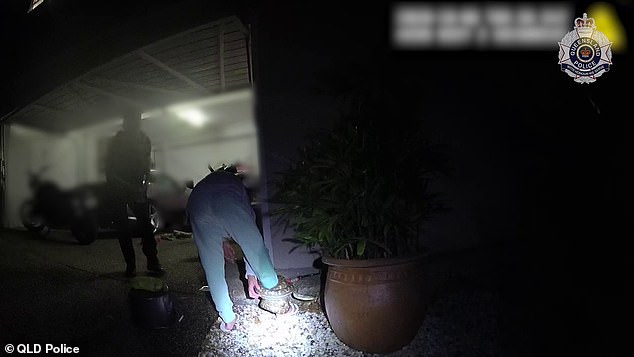 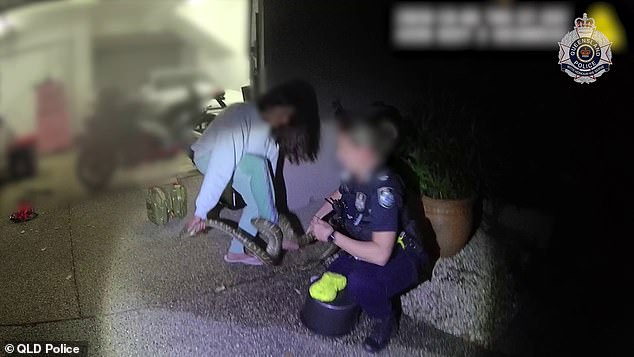