Finger Lickin’ Good: Relatable moment a despondent tradie tucks into his KFC and a Carlsberg after he smashes his car pulling out of the drive thru

A despondent tradie has been filmed tucking into his KFC meal and a can of Carlsberg after crashing his car into the drive-thru of the restaurant.

The man kneeled at the side of the road to tuck into his fried chicken and chips as he watched emergency services clean up the debris from the smash.

He was leaving the fast food restaurant in Payneham in Adelaide’s east at 3pm on Monday when he lost control of his Holden Captiva and slammed into a pole.

Crews worked at the scene to remove the lines strewn across the road as the man tucked into his food metres from the carnage he caused. 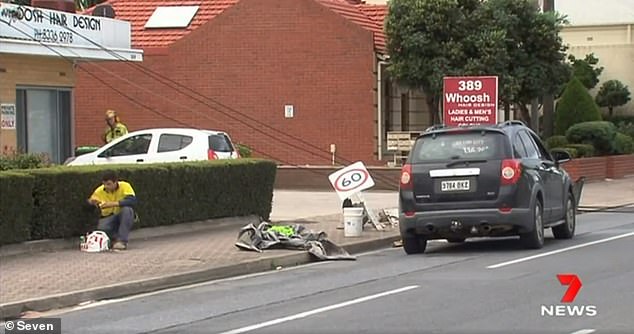 The accident saw traffic stopped across all four lanes of the busy on Payneham Road with power cut to a number of nearby buildings.

Repair teams were still working at the scene several hours after the crash replacing the stobie pole.

The tradie seemed undaunted despite the destruction, throwing down two large boxes of KFC while also appearing to drink a Carlsberg beer.

The man became an instant celebrity, with people commenting they were happy he ‘had his priorities straight’.

‘Can’t let it get cold with how much they charge for it,’ one person said.

‘That’s a KFC advert you can’t beat. Hope he gets a free bucket at least for this,’ another said.

One Facebook user said the tradie ‘eating his food food despite the chaos is the most Australian thing I’ve seen all year’. 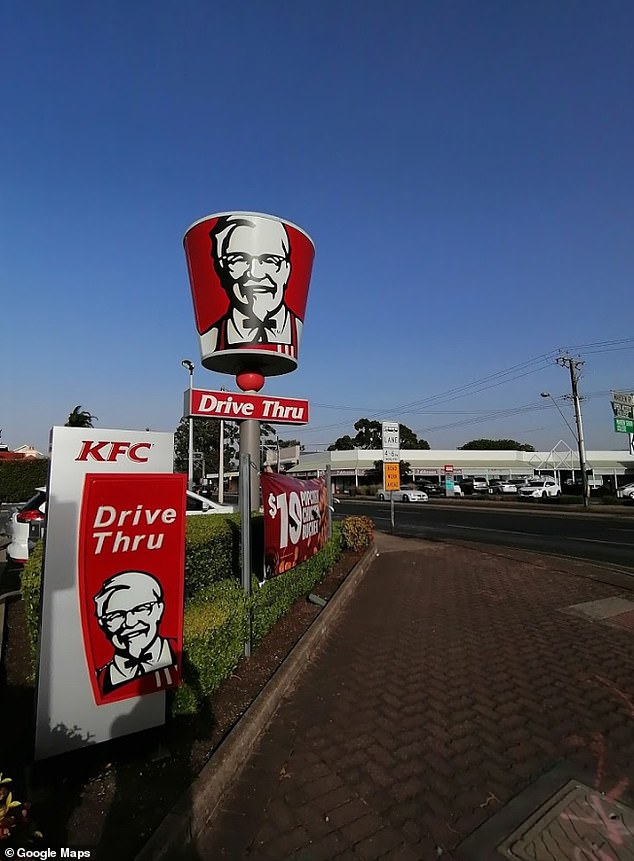