Check your tickets! Lucky Australian who won $4.8MILLION lotto prize six months ago has NO IDEA they’ve hit the jackpot – and time is running out for mystery winner to come forward

One lucky punter has won a $4.8million lotto prize – but they don’t know yet.

The ticket for the Set for Life prize drawn on January 22 this year was purchased from Echuca Square Lotto, in Echuca, Victoria. 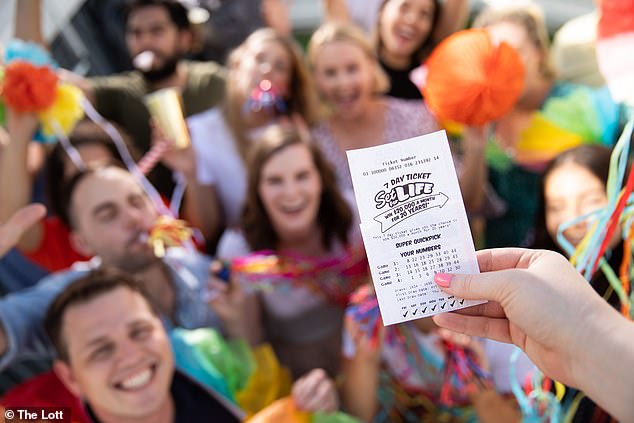 A Victorian has won the ‘Set for Life’ jackpot, winning $4.8 million over 20 years, but is yet to claim to prize

As the ticket was not registered to a Tatts card or online account, officials from The Lott have no way of contacting the winner and must wait for them to come forward to claim their prize.

The winner has one month left to claim the prize directly from Tatts. After this time, the winner will need to submit a prize claim form to the Victorian State Revenue Office.

Echuca Square Lotto co-owner Gavin Sullivan said he was still eagerly waiting for his winner to come forward and claim their prize.

‘We haven’t heard anything from any of our customers, but we are still encouraging everyone to check their tickets!’ he exclaimed.

‘We hope they come forward soon so they can enjoy their prize! We don’t want this winner to miss out on this fantastic prize that would really set them up for life.’

The Lott spokesperson Ally Ramsamy said Victorians were being urged to scour their homes, offices and cars for any unchecked Set for Life tickets.

‘It’s been nearly six months since the prize was won and we still don’t know who the winner is or where they could be,’ Ms Ramsamy said.

‘Is it an Echuca local or someone who just happened to buy their ticket in the area?’

‘While we don’t know who our mystery winner is or where they are, what we do know is that time is ticking! This player has just over a month to claim their prize directly from us.’ 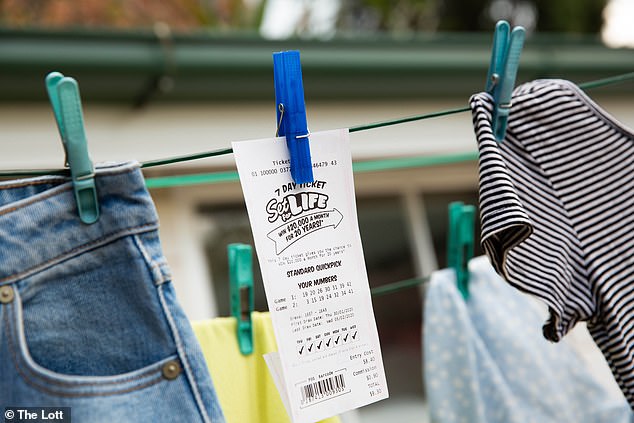 ‘We’re urging everyone to remain vigilant for any old lottery tickets they may have. People tell us they find their winning tickets in the most unusual places, from a car glove box to the bottom of a reusable shopping bag. We’ve also heard stories of tickets hiding in plain sight like on the fridge or in a player’s wallet.’

You can check your tickets at any licensed lottery outlet, online at thelott.com or via The Lott app.

‘If you realise you’re the division one winner we’re looking for, hold on tight to that ticket and give us a call immediately on 131 868 to confirm the win and start the prize claim process.’

Meanwhile, another lucky Australian is soon to be a million dollars richer, but is yet to claim their prize in South Australia. 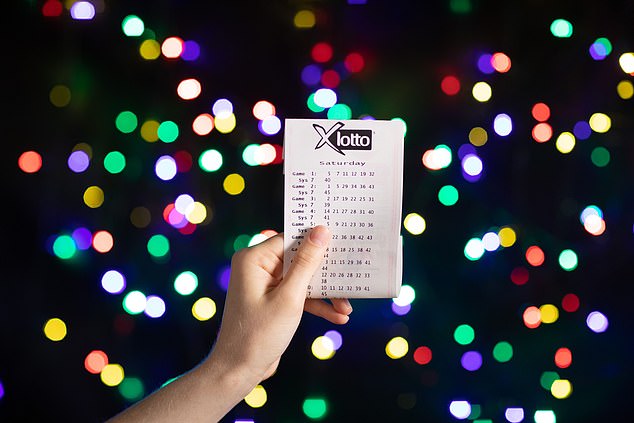 Time is running out for the winner to claim to prize directly, after the prize was won on 18 July 2020

Time is running out for the mystery Naracoorte resident or visitor as the prize was drawn on July 18 2020, almost a year ago.

The ticket was not registered to an Easiplay Club card or online account meaning The Lott officials have no way of contacting the winner and must wait for them to come forward to claim their prize.

In South Australia, division one winners have 12 months to claim their prize directly from SA Lotteries.

After this deadline, they must start a process to claim the prize which comes at a cost for the winner.

The team at newsXpress Naracoorte are waiting eagerly for the winner to come forward and collect their mammoth prize.

The Lott spokesperson Ally Ramsamy explained she hadn’t given up hope of finding the Saturday X Lotto winner.