Some Victorians might be waiting beyond this Sunday to have their power reconnected after last week’s wild weather.

About 20,000 homes remained without power on Tuesday, according to Emergency Services Commissioner Andrew Crisp.

While most are expected to have power restored by the weekend, Mr Crisp cannot guarantee that the work will be done by Sunday. 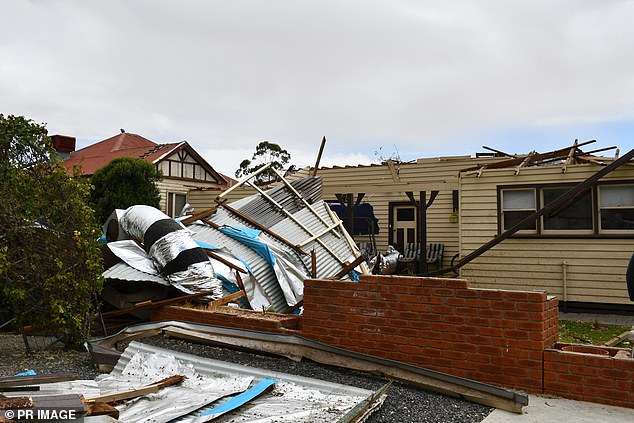 ‘Our distribution businesses are working as hard as they can to get those properties back on as soon as they can,’ he said.

‘Even though most of them should be on by the weekend, there’s every chance some won’t be because they might be at the actual end of the line and it will take more time.’

Mr Crisp added while flood warnings remain in Gippsland, the weather there later this week might not be as bad as first forecast. 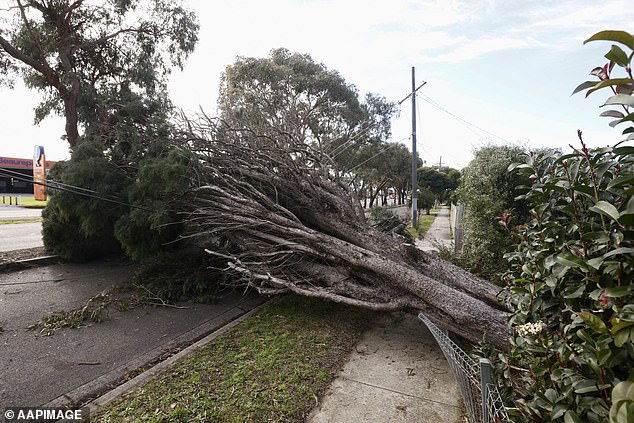 About 20,000 homes remained without power on Tuesday, according to Emergency Services Commissioner Andrew Crisp

‘The weather seems to have backed off a bit for the coming days and into the weekend might have 20-30ml locally south and west Gippsland,’ he said.

Mr Crisp warned ‘we are not through this’, with ongoing concerns about potential flooding at the Yallourn coal mine.

He added there was a ‘real danger’ of killer trees, through the Dandenongs area. 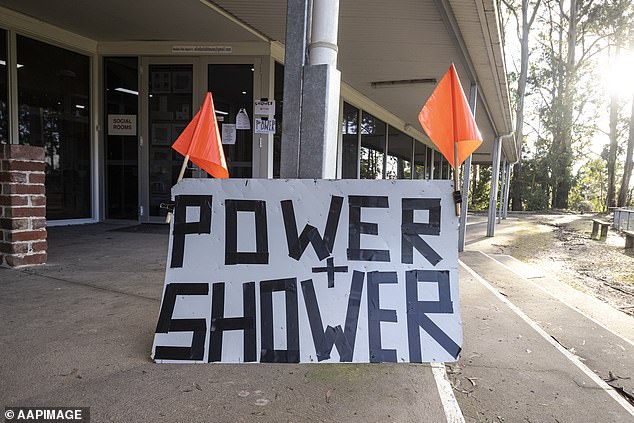 A respite for people without power is seen in Olinda, Melbourne  on Tuesday