Teenagers ‘steal doctor’s $150,000 BMW after spotting the car with keys left in the ignition’ – but joyride ends abruptly as police use clever phone app to track SUV down

Two teenagers allegedly stole a $150,000 BMW but were nabbed by police after the quick-thinking car’s owner tracked them using a phone app.

The owner, an Adelaide doctor left his keys inside his luxury SUV for only a few minutes – but that was long enough for the two boys, aged 16 and 17, to allegedly spot the mistake and take off on a joyride across Adelaide city.

Just before 11am on Monday the owner called police to report his car missing from Royston Park north east of the CBD – adding that he’d tracked the vehicle to Croydon about 9km away on the other side of the city. 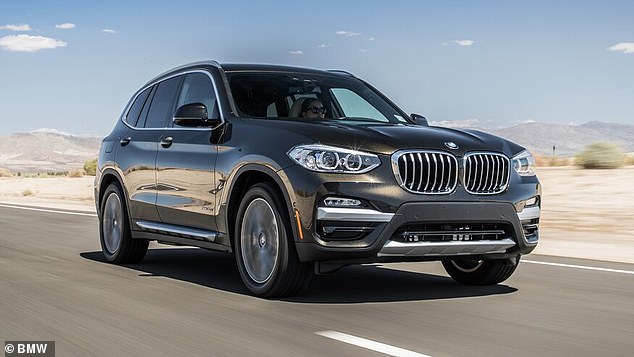 The $150,000 BMW (similar model pictured) was tracked to the other side of Adelaide city using a phone app after being swiped

Patrol cars were dispatched to the swiped car’s apparent location along with the Polair helicopter.

‘Police arrived and located the grey BMW and the wing mirrors of the car activated. That indicated the keys were close by,’ Senior Constable Kylie Simpson told ABC Radio Adelaide this morning.

The helicopter spotted two people running from the area with one allegedly seen throwing an item over a fence on a residential street.

The item – revealed to be the car keys – was later found by cops followed shortly after by the teenagers hiding in the front yard of a house in Ridleyton.

The 17-year-old from Ridleyton and the 16-year-old from St Mary’s were arrested without incident and both charged with illegal use and unlawful possession.

The older boy was refused bail and to front court on Tuesday while the younger boy was granted bail to appear in court later.

The car was returned to the owner undamaged. 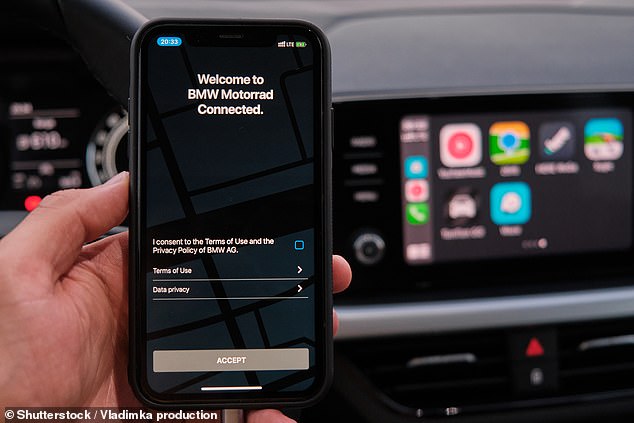 This inbuilt system allows drivers to map their journeys, find their car and remotely control other functions on their vehicle.

Users can remotely lock doors or turn on the air-conditioning, for example, while the journey management function will analyse traffic and send you an alert about when you should start driving to get to an appointment.