It was 16 years ago that a Scottish teenager emerged from tennis’s minor leagues to announce himself at Queen’s Club.

A similar breakthrough came on Monday as Surrey’s Jack Draper, like Andy Murray before him, scored his first win on the main ATP Tour at what is now known as the cinch Championships.

While Murray tried to get his battered body going on a nearby practice court, Draper, 19, took down world No 23 Jannik Sinner 7-6, 7-6 before an admiring, if restricted, crowd. 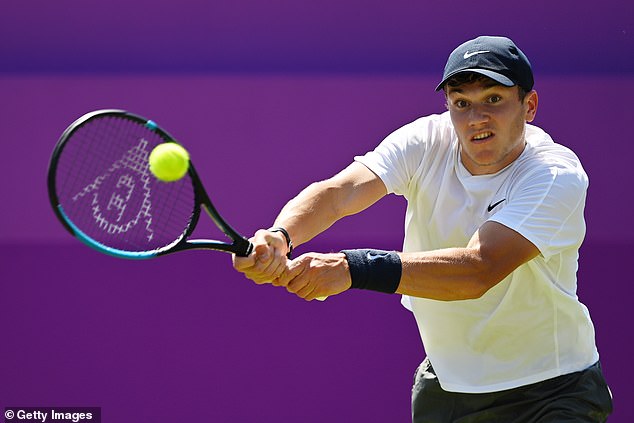 It was an eye-popping victory. Not just because Sinner is regarded as the best teenager in the world, but because he initially threatened a rout when leading 4-0 in the first set.

The Italian has come from the French Open, whereas Draper’s most recent outing was at a small tournament in the Czech Republic, befitting his world ranking of 309.

‘In the second week of playing in the Czech Republic I strained my abdominal muscle,’ said Draper, son of former Lawn Tennis Association supremo Roger.

‘My preparation for this tournament hasn’t been excellent. I only started serving three days ago.’ 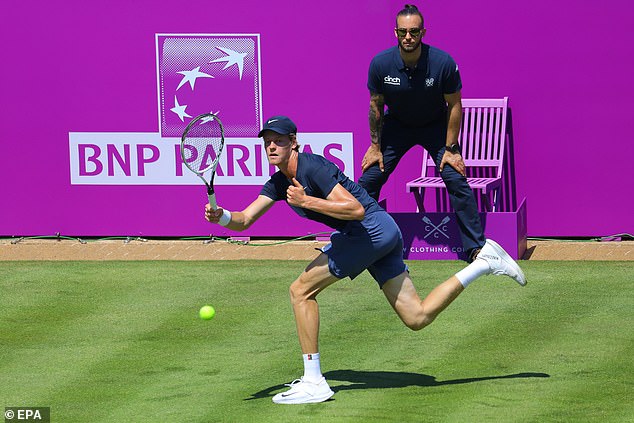 Which makes Monday’s result, which saw him save two set points before taking the first tiebreak 8-6, all the more notable. He was also a break down late in the second set before forcing a second tiebreak, in which his nerve held to win 7-2.

The comparisons with Murray should not be overdone — Draper is a left-hander with a more aggressive style, as the big-hitting Sinner discovered.

As the British No 7 bluntly admitted afterwards, he had not studied potential second round opponents Alexander Bublik or Jeremy Chardy. ‘I thought I had no chance of beating Jannik, so I didn’t even bother.’ 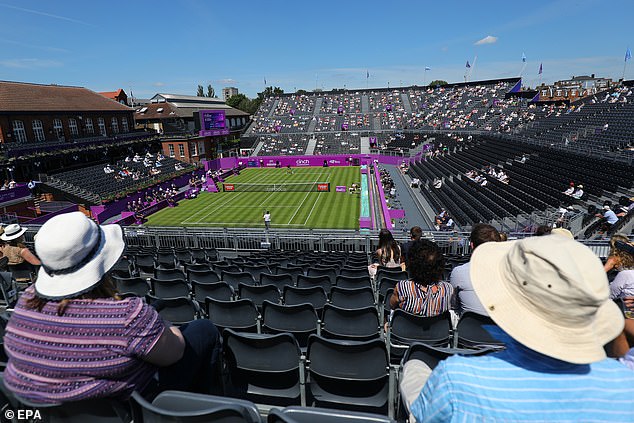