A socialite whose $100 million divorce battle fascinated the New York press for years reopened her case on Monday, insisting that he had not complied with the terms.

Libbie Mugrabi, 41, settled her divorce with her art collecting ex-husband David, 47, in December.

It’s unclear how much she walked away with, but she’d asked him for $100 million and was ‘very happy’ with the settlement she received, she said in February.

Yet on Monday she claimed in court documents that the antidepressant she was on when she signed the divorce deal affected her judgement, and that she had not realized she was agreeing to ‘only’ $79,000 a month in child support.

Mugrabi said that she needs the full $98,000 a month she was receiving before the settlement was agreed, to keep their children in the lifestyle to which they are accustomed. 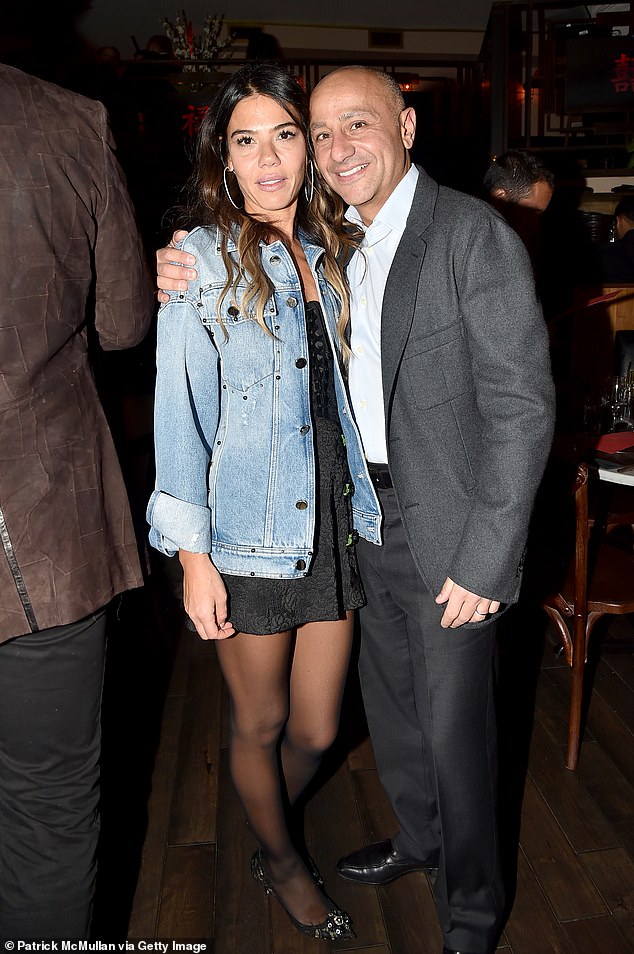 Libbie Mugrabi is pictured with her then-husband David in April 2018. The pair then filed for divorce, setting off a $100 million battle that ended in December. She on Monday filed legal documents seeking to reopen the divorce, and claiming she was duped 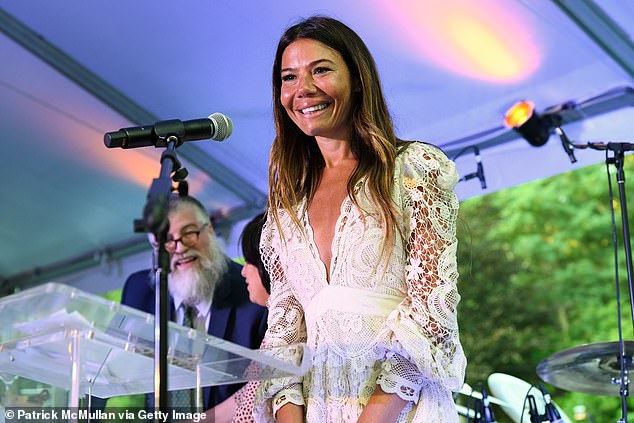 Libbie Mugrabi is pictured in August 2019, at her estate in Bridgehampton, New York. She won the Hamptons home as part of their divorce settlement

The pair have two children together, Rosemary and Joseph, who are believed to be around 14 and 12. They got married in 2005, a year after meeting at The St Regis Hotel in Aspen, Colorado.

David’s Syrian family are worth an estimated $5 billion and are legends in the art world, with the world’s largest private collection of works by Andy Warhol.

In her court documents, obtained by Page Six, Libbie alleged on Monday that David had sent her two paintings as agreed in the deal – but they were damaged, and therefore not as valuable.

She alleged in the suit that David ‘purposely damaged the art he agreed to provide [her] under the separation agreement.’

One of the works was a ‘Statue of Liberty’ by Warhol, said to be worth $2 million. 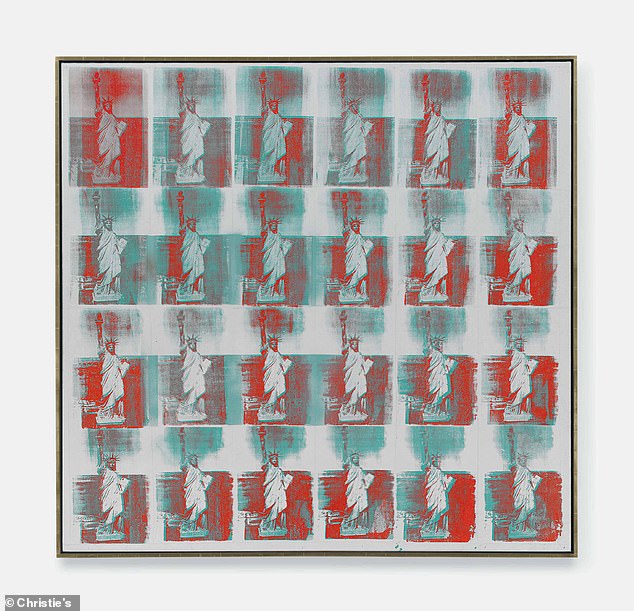 Warhol’s Statue of Liberty was supposed to be handed over to Libbie, by her ex-husband, on May 6. She claimed that he deliberately damaged the painting before giving it to her – and she refused to accept it

The other was a Basquiat valued at $6.5 million.

The works were due to be handed over on May 6, as specified in the deal, at the house in the Hamptons that she secured as part of the divorce.

Also to be handed over were cars, including a vintage Ferrari.

But her security team called Southampton police to her home on the day of the deal, alleging that art sent by David through a handling service had water damage.

A source claimed the Warhol ‘has black lines from water damage’ and ‘scratches’.

The Basquiat is a ‘collage that was damaged’ with ‘part of the paper lifting off the canvas.’

She refused to receive the works.

She claims David ‘failed to timely pay his support obligation for at least the five months’ before she signed the separation agreement, which she did ‘under duress’ because it placed her in ‘financial desperation.’

She adds she was ‘intimidated’ into signing the agreement and was ‘bullied’ by both his and her own attorney to sign the agreement.

She is seeking to overturn the agreement, and reopen divorce proceedings.

He has not commented.

The new documents are an abrupt change in her feelings.

In February she told a podcast that she would have stayed married, but says he filed for divorce.

She said that while her husband was ‘very nice’ and a ‘lovely man’, he was too short for her. She didn’t give his height, but she is 5ft 7 and he is smaller, she said.

She shared her hopes of meeting someone taller to date next.

In an interview on the ArtLife Podcast with Avery Andon that is now on iTunes, the pair gushed over art, her recent move to Miami and her divorce. 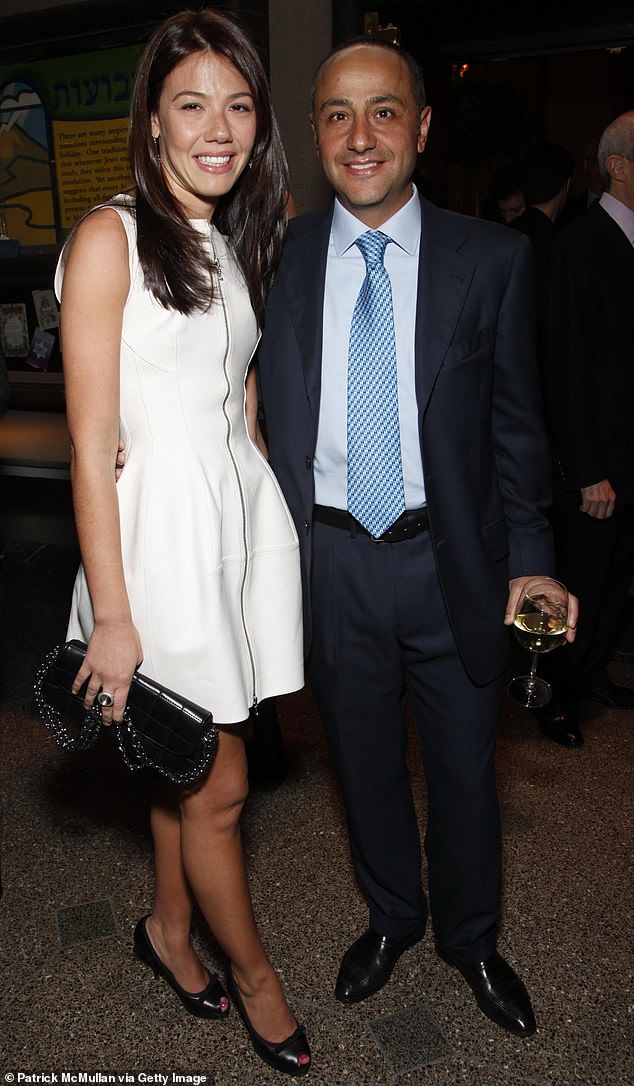 Libbie Mugrabi with her ex-husband David in 2010. She says he filed for divorce and that she would have stayed married to him until their kids were 18 but now wants to date a ‘tall guy’ because her ex was ‘too short’ 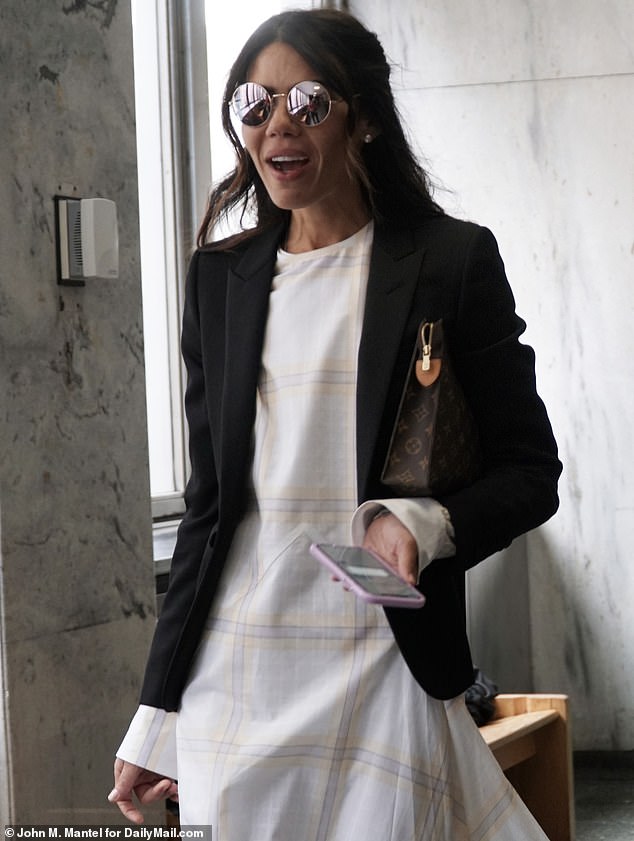 Mugrabi in court in 2018. She and David fought for three years over his fortune before they reached an undisclosed settlement in December 2020

She also said that she would have stayed in the marriage until the kids were both 18, but that her ex blindsided her by filing, even though they had been discussing separation.

‘I gave David the book, Consciously Uncoupling, three years ago when we were first talking about breaking up. I don’t know why…he thought it was funny.

‘I meant it – we have two children together, they’re beautiful. We are both really lucky.

‘We have a great life and there was absolutely no reason to enter a bitter divorce,’ she said.

She went on to say that she grew up with divorced parents and ‘understands it’ whereas her ex-husband does not. 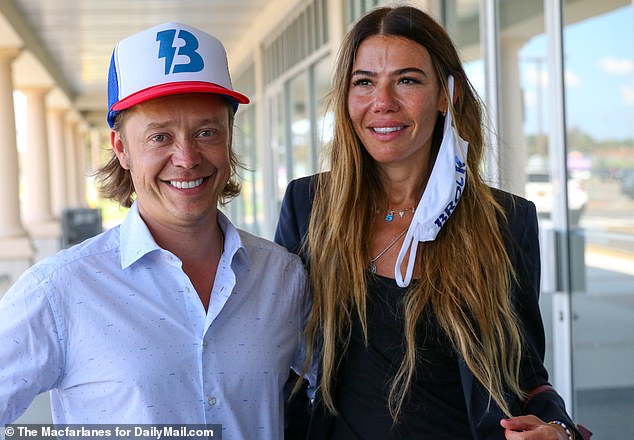 After her ex-husband, Libbie dated child actor turned Bitcoin billionaire turned presidential hopeful Brock Pierce. She says he too was ‘too short’ 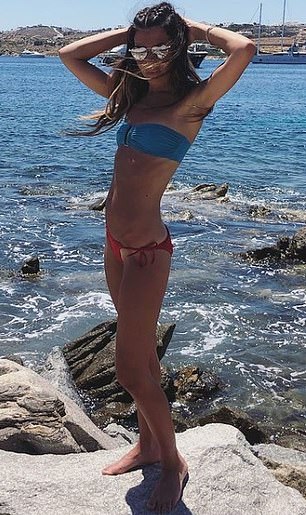 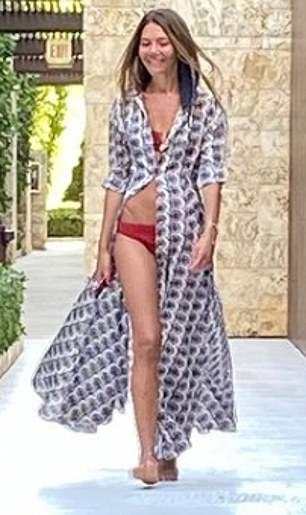 Now, Mugrabi says she is eager to work on her ‘lifestyle brand’ – Libbie

‘My parent are divorced, I know divorce. The problem is he doesn’t. He’s not from here, he’s not American. I don’t know what he wanted or wants… I know what I want,’ she said.

She also said she ‘probably’ would have stayed married until their children were 18 but that he filed.

‘Yeah, probably.  We have kids. I think I would have waited until the kids were 18

‘He got angry…he got more bitter,’ she said.

Now that the pair are divorced, she says she wants to move on with someone taller.

‘My ex-husband was short. I don’t know how I ended up again with a man that was at my height, or shorter. But I did, and I will not go out with a short man again … I couldn’t wear heels. It worked in the summer, I’d go shoeless, but when the fall comes … I need a tall guy,’ she said.

The other ‘short guy’ she was talking about was Brock Pierce, a child-actor turned bitcoin trader.

‘Short men have a Napoleon complex. They aren’t happy about their height so they have to make up for it in other ways,’ she said.

She and Andon also discussed Mugrabi’s fear of getting COVID-19, which was the driving force behind her leaving New York City for Miami, where she held a 50-person Art Basel party despite the art festival being canceled due to the pandemic.

The party was at the Faena hotel and Libbie – whose parents are plastic surgeons but who says she’s been around art her entire life – was seen climbing a Damien Hirst golden unicorn at it.

She insisted that her guests wore their masks throughout the party except for when they were eating and drinking, but said she will not be taking the vaccine.

She also asked Andon if he ‘likes the Black Lives Matter people’, and said she does not ‘trust’ anyone who has COVID-19 antibodies.

She said her 2020 had been like a ‘rollercoaster’ and was surprised to be told by Andon that service industries and lower income groups had been ‘crushed’ by the pandemic.

‘Have they? Nobody wanted to give me a discount, so I don’t know’ she replied.