Phil Mickelson, coming off an improbable win at the PGA Championship that made him the oldest winner of a major title in history at age 50, is now headed to the one that has always gotten away. This week at Torrey Pines, he will be appearing in his 30th U.S. Open, still looking for that elusive win.

Mickelson started playing in the national championship when he was a sophomore at Arizona State. As an amateur at Medinah in 1990, he finished at even par in a tie for 29th. The most recent appearance was last fall at Winged Foot, site of one of Mickelson’s most painful defeats. He missed the cut in 2020, as Bryson DeChambeau, not even born when Mickelson played the U.S. Open for the first time, captured his first major title.

Along the way, Mickelson has finished second a record six times without winning, leaving him the U.S. Open short of a career Grand Slam. He has won six majors — three Masters, two PGA Championships, one Open Championship.

Some of those U.S. Open defeats were tougher than others. Here is a list of the six runner-up finishes, ranked from the most excruciating to the more tolerable.

You could make the argument that Mickelson had no business being in position to win. He hit just two fairways in the final round. Somehow he patched it together enough to stand on the 18th tee with a 1-shot lead.

And that’s when it all went wrong. Mickelson came out of his tee shot, the ball sailing well left of the fairway and bouncing off a hospitality tent. He actually got a break — the ball bounded to the right, into the rough but with a decent lie. A tree was in his line, but all Mickelson had to do was wedge it out to the fairway, knock it on the green, make a putt for par and win. Worst case, he would need two putts to assure a playoff.

Instead, Mickelson tried to go for the green by curving his approach around the tree. But the ball hit the tree. Then he had no reasonable shot, ending up in a greenside bunker and making a crushing double bogey to miss a playoff with Ogilvy by a shot.

What Phil said: “I just can’t believe I did that. I am such an idiot.”

It was a surreal week in which Mickelson had his mind on the tournament but more on the beeper in his golf bag. Back in Arizona, his wife, Amy, was set to give birth to the couple’s first child. Mickelson said that if the beeper went off — caddie Jim “Bones” Mackay was in charge of it — he was going to leave to be there for the birth.

Mickelson was in contention all week. Tiger Woods was in the mix, too, marking the first time the duo competed closely for the same major.

Lefty made just one birdie in the final round, and it came down to the 18th, where Stewart had a 1-shot lead. After missing the fairway and having to wedge back into play, Stewart hit his third onto the green, leaving himself a 15-footer. Mickelson had two putts for par, and a Monday playoff appeared inevitable.

But Stewart holed the par putt to win his second U.S. Open and third major championship.

“Good luck with the baby; there’s nothing like being a father,” Stewart told Mickelson.

What Phil said: “This is a disappointing day. But in the next couple of days we’re expecting our first child, so that evens it out. I’m pretty excited about that.”

The following morning, with Mickelson back in Arizona, daughter Amanda was born.

On the eve of this U.S. Open, Amanda Mickelson was part of the story again. Mickelson flew home to be there for her eighth-grade graduation and arrived back on the East Coast early in the morning of the first round. On Sunday, playing with Rose in the final pairing, Mickelson made two double bogeys in his first five holes, then rallied with an eagle at the 10th. 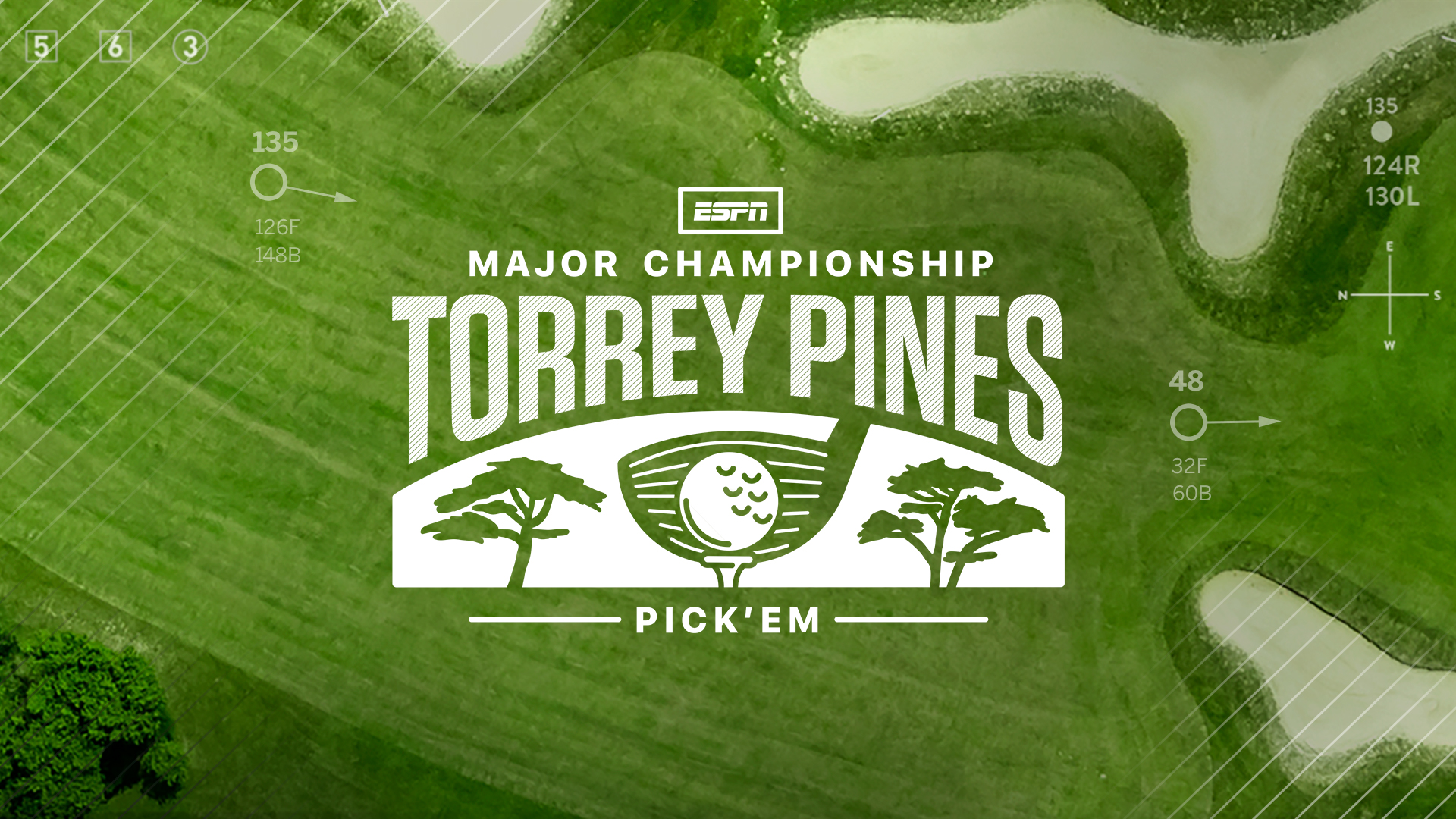 Make your picks and compete for a chance to win $5,000! Make Your Picks

But there were several squandered opportunities over the closing holes, including bogeys at the 13th, 15th and 18th that allowed Rose to win his first major championship. Mickelson shot 74 on his 43rd birthday.

What Phil said: “Heartbreak. This is tough to swallow after coming so close. This was my best chance of all of them. I was playing well; I had a golf course I really liked that I could play aggressive on a number of holes. I felt like this was as good an opportunity as I could ask for, and to not get it … it hurts.”

A month later, Mickelson won The Open at Muirfield.

Tied for the lead after 36 holes and 2 back of Goosen through 54, Mickelson was riding his good play from his first major championship victory two months earlier at the Masters.

The crowd sensed and cheered for a second straight major as Mickelson birdied the 15th and 16th holes to take the lead. But a disastrous double bogey at the 17th — where Mickelson had a stone behind his ball in a bunker — coupled with a Goosen birdie at the 16th meant a 2-shot lead for the South African. Goosen and Mickelson were the only players to finish the championship under par.

What Phil said: “I don’t know what to say. I felt like I played some of the best golf of my life. I hit some of the best shots, I putted better than I probably have ever putted, and I still couldn’t shoot par [on Sunday].”

The tournament spilled over to Monday due to heavy rains throughout the week. Mickelson found himself in contention when leaders Glover and Ricky Barnes stumbled. A Mickelson eagle on the 13th tied him for the lead with Glover. It appeared he might just get that first U.S. Open title.

In this edition of America’s Caddie, Michael Collins visits Torrey Pines Golf Course in Southern California to tee up the 2021 U.S. Open. Stream now on ESPN+

But Mickelson missed a short birdie putt at the 14th, three-putted the 15th green for a bogey, missed another birdie chance at the 16th and then bogeyed the 17th, ending his chances. Glover won, and Mickelson tied for second with Barnes and David Duval.

It was a difficult week for Mickelson; his wife, Amy, had been diagnosed with cancer and her treatments were upcoming. He ended up skipping The Open.

What Phil said: “I think maybe it’s more in perspective for me, because I feel different this time. I don’t know where to go with this because I want to win this tournament badly. This is now my fifth second. I play well in this event and enjoy this event. It’s a challenge for me because it’s difficult off the tee. It’s not as easy to get up and down around the greens, but I thought the way the courses have been set up the last couple of years, I feel I’ll have more and more chances.”

Mickelson never seemed to be in this one, starting the final round 5 strokes back of Woods. He couldn’t take advantage of a couple of early Woods three-putt blunders, making bogey mistakes of his own on the front nine.

Despite a huge outpouring of support from New York fans, Mickelson didn’t have enough to overtake Woods, who led after every round. Mickelson shot even par and finished alone in second.

What Phil said: “I don’t know if this is the proudest event that I’ve played, but I would say this: This was certainly not a disappointing day today. It was one of the most exciting days that I’ve had in the game of golf. It was very electrifying, very similar to what the ’99 Ryder Cup in Boston was. It was an incredible feeling and a very exciting event to be a part of. And I could feel the electricity in the air. I could feel the excitement stirring. I could feel as though I had a really good shot at it. Making birdie on 11 and making birdie on 13, I could sense that I was closing the gap there, and it was a very exciting day.”