A now-retired police officer pushed up to six people out a window as Brisbane’s Whiskey Au Go Go nightclub became consumed by a fire that killed 15 people.

Hunter Nicol was at a table near the dance floor with friends when there was a ‘whoosh’ sound and saw smoke billowing like ‘when you set off a pile of tyres’.

The fire broke out when two drums of fuel were thrown into the downstairs foyer and set alight about 2am on March 8, 1973.

Mr Nicol, a Queensland policeman at the time, was among more than 60 patrons and staff who tried frantically to escape as air conditioning vents acted as chimneys, pouring black smoke into the Fortitude Valley club. 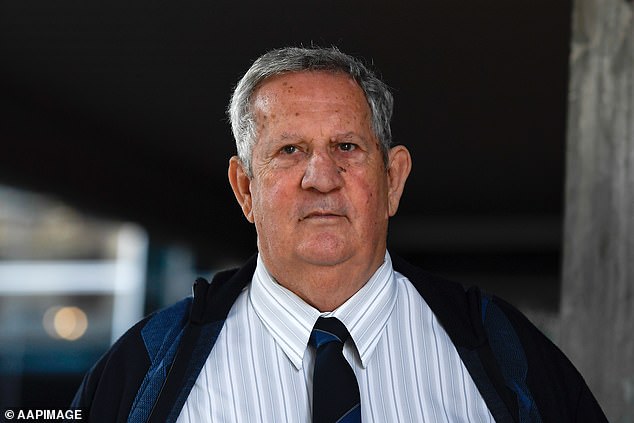 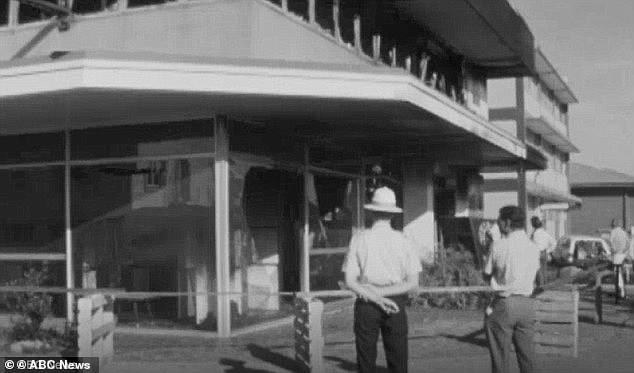 An inquest into the firebombing re-opened for a two-week sitting in Brisbane this week – some 48 years after the first three-day inquest ended when two men were arrested.

Mr Nicol said the lights went out as the smoke grew thicker and people started to scatter.

He tried to make his way towards a door with a fire escape sign next to the bar, but became ‘totally disoriented’, he told the inquest on Tuesday.

He grabbed a screaming woman, dragging her into a room as their escape route was obscured by the smoke.

‘When I got in there I was on the point of collapse and I couldn’t breathe,’ he said.

‘I accepted the fact I was going to die.’

But someone smashed a window and Mr Nicol felt fresh air.

‘I was able to get a few breaths of air to try and recover a bit,’ he said. 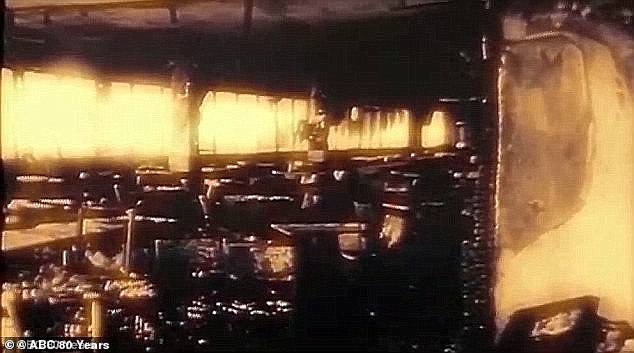 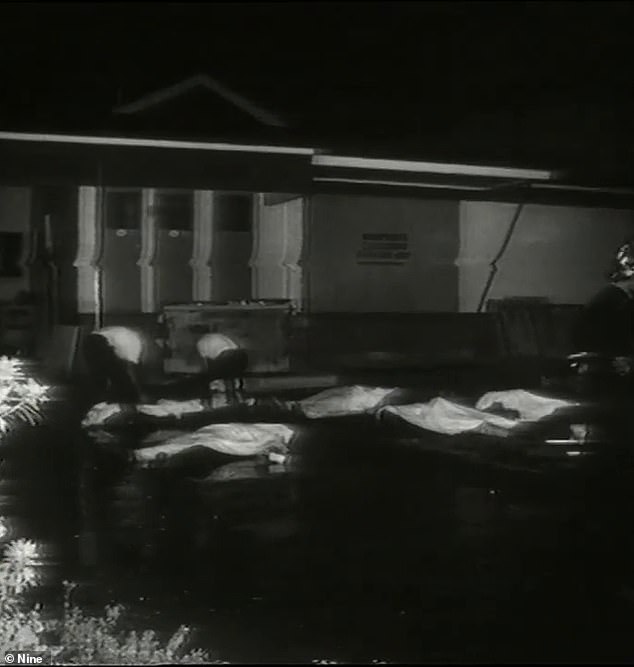 Bodies pictured inside the Whiskey Au Go Go. The 15 dead were killed by carbon monoxide poisoning

Mr Nicol told the inquest he pushed five or six people out the window including the woman.

He was the last person from the room to climb out onto a roof.

He told coroner Terry Ryan he had a ‘chance meeting’ in March with John Kolence, the officer who took his statement hours after the firebombing.

The re-opened inquest seemed to be ‘weighing on his mind quite heavily’, Mr Nicol said.

‘He said he wasn’t going to go to jail for anyone and it’s time that the truth comes out,’ Mr Nicol added.

He referred to Mr Kolence as a junior officer who would have been ‘acting under sufferance from the more senior staff’. 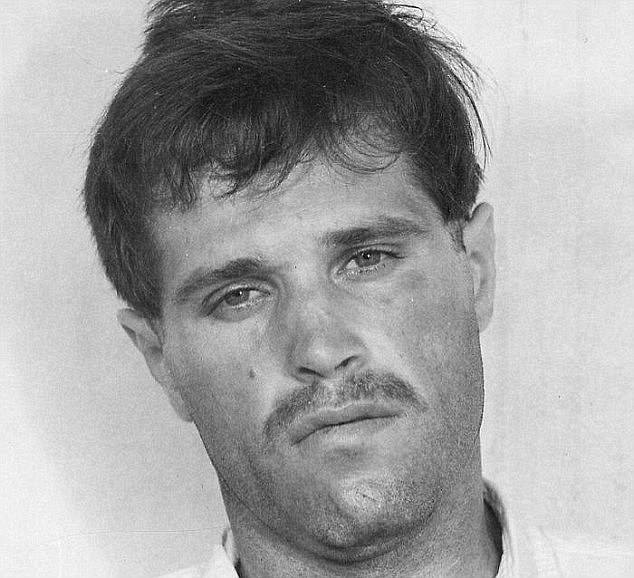 James Finch, one of two men convicted over the Whiskey Au Go Go firebombing in 1973. Finch died this year in the UK where he had been deported after serving 15 years

Questioned by Mr Kolence’s lawyer, Mr Nicol said the two had spoken about what they knew and saw on the night of the attack, what they gleaned from media reports and their theories and assumptions about what had happened.

The inquest was told earlier there was evidence two men – James Richard Finch and John Andrew Stuart – who were convicted and sentenced to life over the attack were not the only offenders, and that an insurance claim might have been behind the firebombing.

Counsel assisting Stephen Keim said there was considerable evidence people associated with the nightclub knew an attack was pending and ‘in some cases warned acquaintances not to be present’.

There were also several earlier suspicious fires at other venues that will provide an ‘important context’. 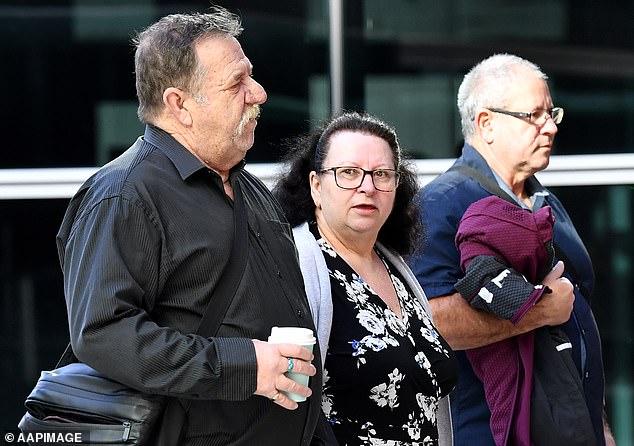 Sonya Carroll (centre), whose mother Decima Carroll, 29, died in the fire is seen arriving at the inquest into the 1973 Whiskey Au Go-Go nightclub fire deaths at the Brisbane Coroners Court in Brisbane

The inquest was reopened after the firebombing was mentioned in a trial in which Vincent O’Dempsey and Garry Dubois were convicted over the deaths in 1974 of Barbara McCulkin and her two daughters.

The trial heard the killings may have been motivated over fears Ms McCulkin would try to implicate O’Dempsey in the firebombing.

Mr Keim said evidence suggests O’Dempsey – who is expected to be a key witness – wasn’t present or active in starting the fire, but ‘was involved in organising other people to carry out the attack’.

The coroner will consider whether Finch and Stuart were the only people who caused or contributed to the deaths.

He will also look into the adequacy of investigations into the deadly attack immediately afterwards and over subsequent years. 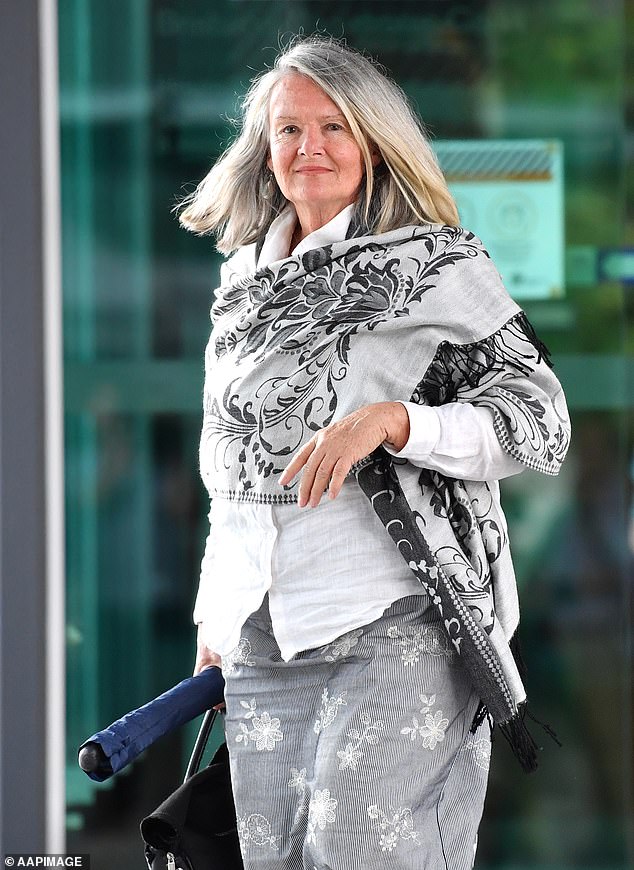 Donna Phillips, who was working inside the nightclub, is seen leaving the pre-inquest conference into the 1973 Whiskey Au Go-Go nightclub fire deaths