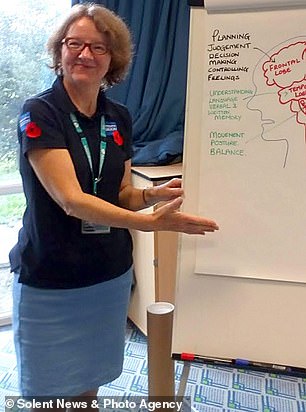 A nurse sued the Royal British Legion for discrimination – after her colleagues gave her a birthday card saying ‘It’s not about age, it’s about attitude’.

Eileen Gleeson made the age claim over the card – which featured a photo of a pensioner riding a motorbike – after taking the veteran’s charity to an employment tribunal.

The 58-year-old told a hearing she was offended by the card, which she branded ‘unprofessional’ and ‘insulting’.

But the mother-of-one ultimately lost her claim after a judge ruled that ‘in the context’ making a reference to someone’s age is not discriminatory.

An employment tribunal held in Southampton, Hants, heard that Ms Gleeson worked as an Admiral Nurse at the Royal British Legion for around eight months in 2018.

The role required her to work with carers who were supporting people living with dementia and their relatives.

Just three months into the job it was Ms Gleeson’s 56th birthday and the rest of the team sent her a card.

The card had a picture of an older person on a motorbike, along with the words ‘it’s not about age, it’s about attitude!’.

Ms Gleeson told the tribunal that although she thought it was nice of the team to send her a card, she didn’t like the message and felt that it wasn’t appropriate coming from people she didn’t know very well.

However, the hearing was told she never raised the issue throughout the rest of her employment.

Instead, over the next few months the work gradually began to get on top of Ms Gleeson, the tribunal heard, and her managers became concerned about her performance. 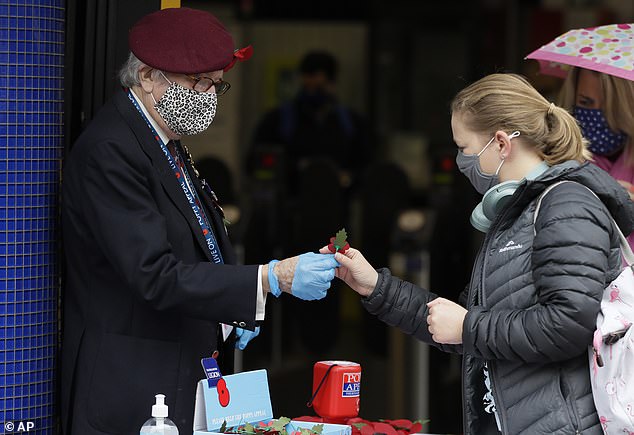 She was having difficulties dealing with clients and failing to keep accurate records and eventually after a number of unsuccessful attempts by her managers to engage with her and improve her performance, she was dismissed.

Ms Gleeson, who had worked for 26 years in the NHS, alleged she felt she was made to feel like a ‘burden’ to the organisation and that she was being managed ‘inappropriately’.

She took the Royal Legion to the tribunal claiming victimisation, age discrimination and unfair dismissal.

However, her case was dismissed as Employment Judge Catherine Rayner concluded: ‘I find that the sending of a birthday card making reference to age is not in this context capable of amounting to a detriment or of unfavourable treatment of [Ms Gleeson] and I find that [Ms Gleeson] herself did not in fact consider it to be so at the time.’

Judge Rayner added that on a day to day basis within the organisation, there was no discrimination against Ms Gleeson as a result of her age.

She added: ‘Even if I had found any less favourable treatment, I could not have drawn any inference from the primary facts I have found, that [her] age, or her part-time status played any part whatsoever in the way she was treated by the [Royal Legion]…

‘It was [Ms Gleeson’s] lack of cooperation and her refusal to communicate with her managers which caused the ongoing difficulties and ultimately led to the termination of the contract.’

Following the judgement, Ms Gleeson, from Southampton, said: ‘I thought the card was insulting – a picture of older people with grey hair, and just the way it was worded.

‘It’s the sort of card, if my 20 year old son got it for me I would say it’s a bit cheeky, but it was unprofessional from co-workers. You have got to be very politically correct these days.

‘I thought it was despicable and very unprofessional and the fact that we were all nurses and should be caring people made it quite shocking. It was probably the most traumatic experience I have gone through.’